Combatting Gender-Based Violence in Zambia: An Interview with Henry Mshoka 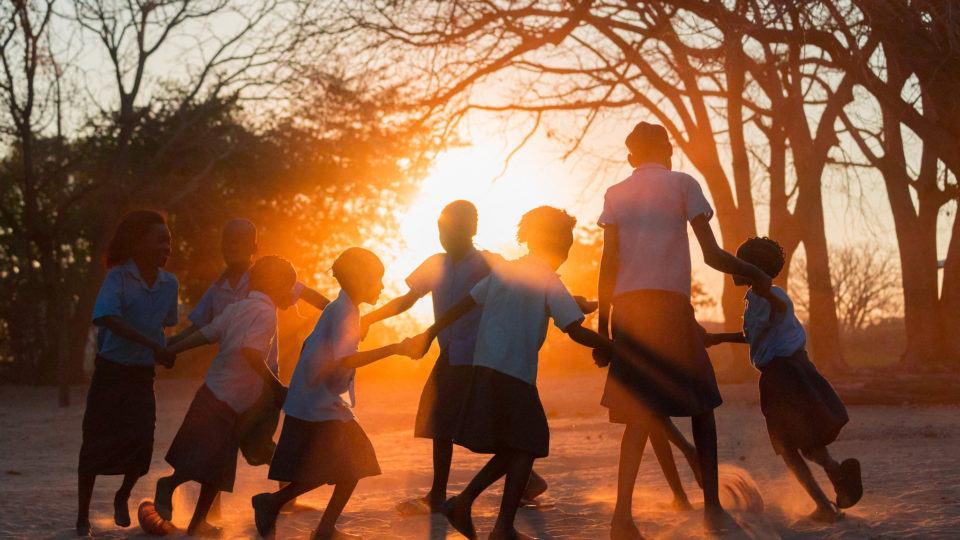 Reducing sexual and gender-based violence against women and children is critical to the success of our mission, especially in communities where longstanding social norms tolerate and perpetuate high rates of violence.

We recently had the opportunity to speak with Henry Mshoka, the individual tasked with leading CMMB’s gender-based violence projects in Zambia’s Northern Province.

The son of a retired missionary, Henry grew up witnessing the positive impact of his father’s passion and has since spent his career championing positive change for his country. Today, he is an expert in the SASA! Methodology, a framework developed by Raising Voices to address the connection between gender-based violence and HIV/AIDs.

Since joining CMMB in 2019, he has implemented the methodology in support of our mission. In the interview below, he tells us about his experiences, role with CMMB, and inspirations behind his pursuit.

Tell us about your journey to CMMB.

I’ve been working for a lot of organizations in the country since 1996. I worked with population services at International PSI, the National Society for Family Health, where I was busy with the community. I think that was the genesis of my working career back in 1996.

Joining CMMB in 2019 was a big decision. My family lives back in Lusaka and this role requires me to be in the Northern Province. I remember my wife telling me, “This job has everything. The description is purely what you do.” But I was hesitant because I was weary to leave her and my children.

When I decided to accept the job, I gave myself a deadline of six months. I said I was going to help set up the project. I thought once people understood the methodology, everything would be up and running and I would be able to return home.

But what I found on the ground made me stay. The cases for gender-based violence were really very high and alarming, especially the physical ones. They led to a lot of injuries and, in some instances, the death of women and girls. So, I told myself I needed to stay longer to help and change people’s behavior and mentality. In a nutshell, that’s how I found myself with CMMB. 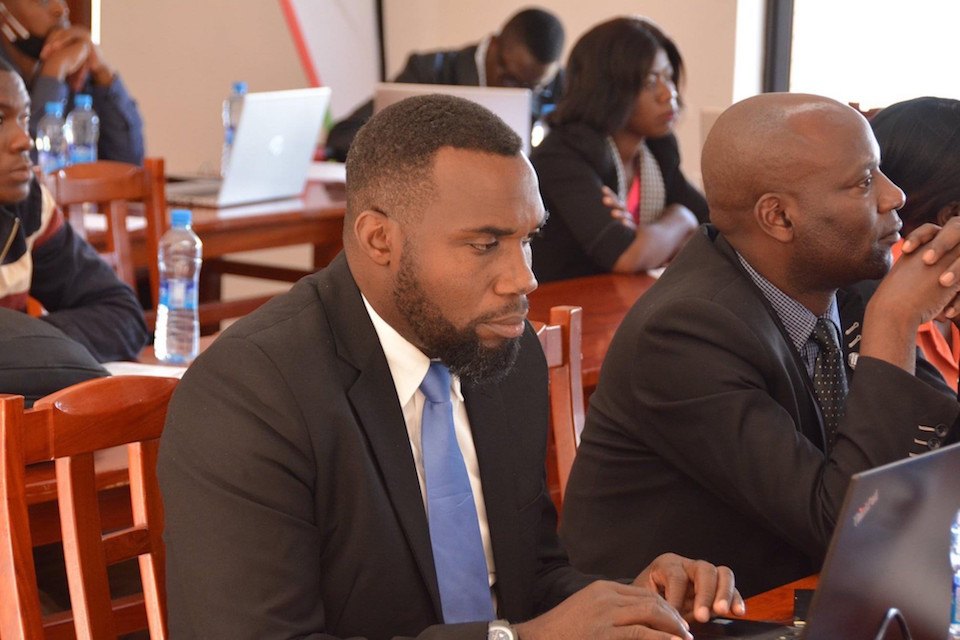 The SASA! Methodology is a critical framework for your project. Can you break it down for us?

This methodology is a borrowed methodology. The creator of it is an organization in East Africa called Raising Voices. The methodology SASA! is an acronym. The first S stands for start. So, start is a phase. There are topics in the start phase that you need to train your participants in, and it’s a one-year phase. The A is the awareness phase, the S is the support phase, and the A is the actions phase. Each phase takes about a year to build capacity in.

The methodology works on four pillars or four concepts. One concept is that change is a process. So, people need to first understand that they will be going through this process of change. Then we have the concept of power. SASA! looks for an equal balance of power to exist in our culture. In Africa, particularly in Zambia, we have the patriarchy. It has given so much power to us – the men and the boys. So, SASA! wants to address the issue of unequal power and be able to address the social norms that deal with this unequal power balance. 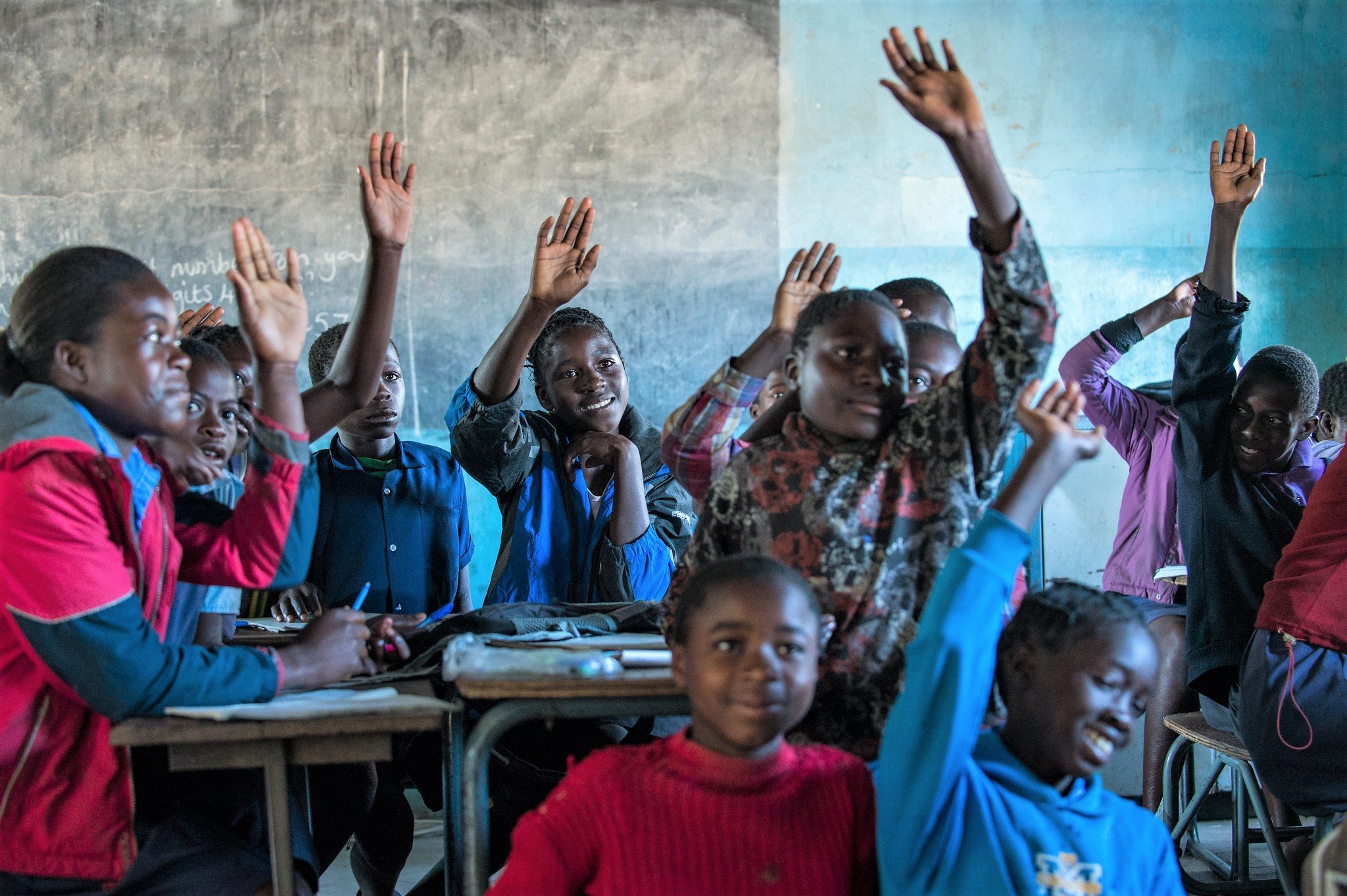 For example, we’ve been socialized to believe that whatever domestic violence happens in a household, cannot be spoken outside the windows of that particular house. Because it’s a domestic issue, it’s a private issue, and the couple needs to find a way to sort out the problem. But SASA! helps us break down that silence and mentality. It guides us through what is known as community asset mapping, or identifying people that you can work with in the community to bring them into the activism space. That’s one way we can mobilize the community in wanting to achieve or to reduce the cases of gender-based violence in whatever form. It’s in this way that SASA! works in circles of influence to drive change.

Why is gender-based violence so prevalent in this region? What are some of the underlying causes you can identify? 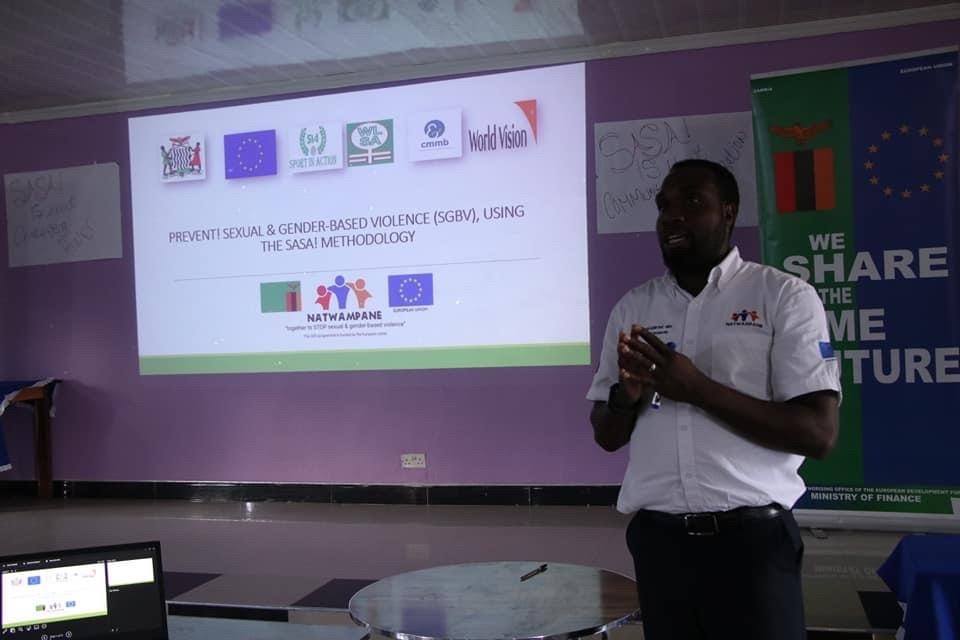 As Africans, we have strong norms. Unfortunately, many of us have never stood up to question them, so we’ve continued to live with them. In short, the serious root cause for violence has to do with socialization.

The other issue is the imbalance of power due to harmful cultural and traditional practices. There is a lot of ignorance, for example, around literacy. The level of education is very low in the northern part of the country, and that has heavily caused issues of gender-based violence.

We are looking at issues of religion too. In this part of the country, people have decided to interpret the Bible to suit the supremacy of men.

We have very strong family ties or family systems, but they have not been reinterpreted to bring an end to gender-based violence, unfortunately. Those two things remain challenges and they are actually fueling a lot of gender-based violence in this part of the country.

Overall, I’m very glad to share that people here have received the project well and with open hearts. We still have some fractions of communities that have denied the project. But SASA! emphasizes that when you look at the stages of change, it does not happen as a single event. Change comes, but even as the implementers, we need to be patient.

It’s through perpetual engagement that we are able to see people change, especially when the traditional leaders are included. They have so much power, that once they speak people listen. Our project has actually gone to train those people and now they have benefited from some of the positives of the project. They are now the ones going on the radio to advocate for behavior change. 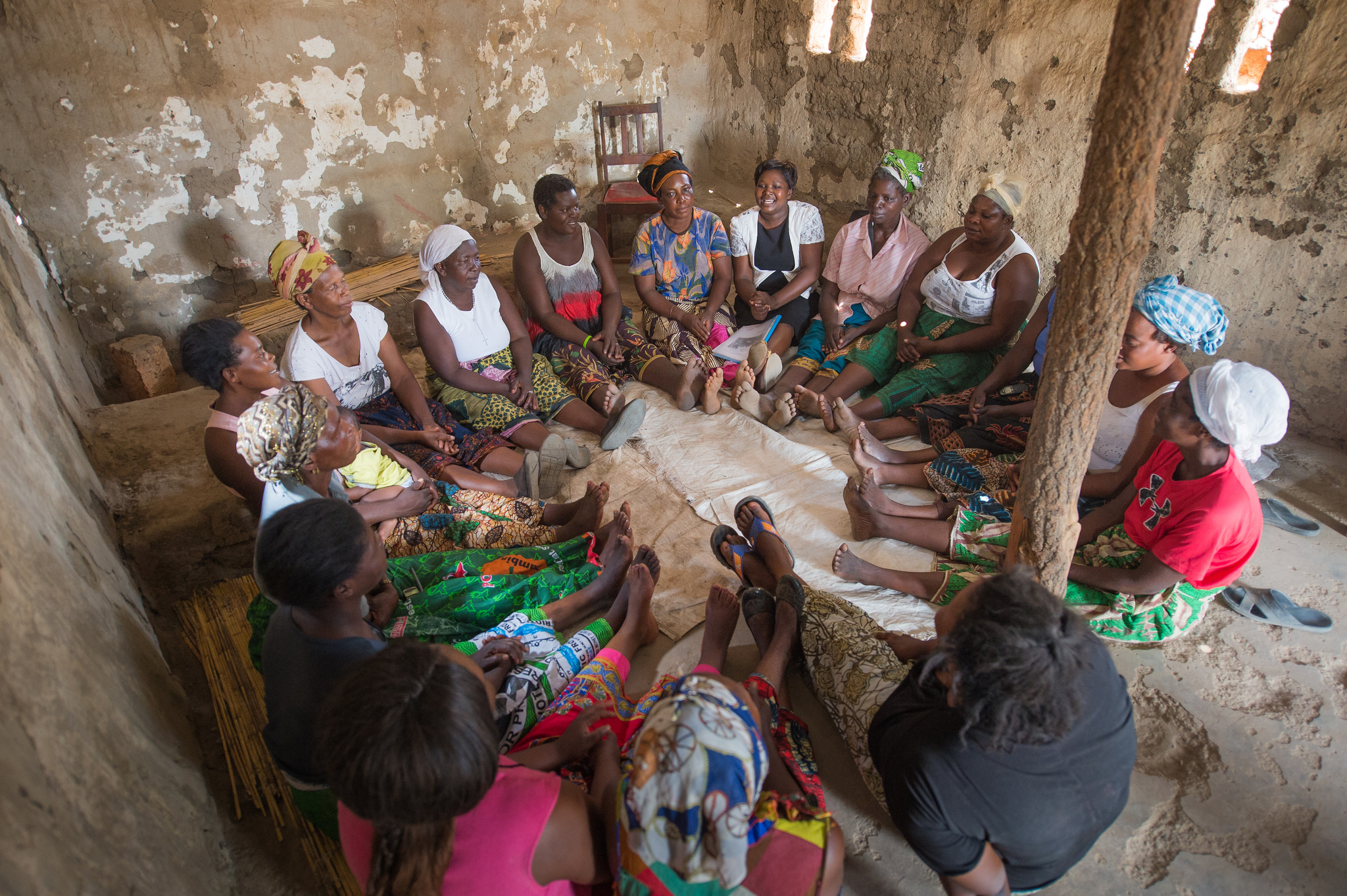 Is there a moment during the past two years that has really stuck with you?

Just being witness to change.

You know, when we first established the One Stop Center, a place where victims of gender-based violence can seek help, we would report zero people going through the doors. But today, I’m sitting here, and I can proudly say that after the level of effort we put in, we have many people going through the center. We even have a couple cases going through the courts of law, and people are stepping up to testify against possibly their own brothers or uncles or cousins. I attribute all that to the project.

You’ve made a lot of sacrifices to make this project work. Why are those sacrifices worth it to you?

Like I said, deciding to go to the northern part of the country was a big decision. It took me time to think about it. But I convinced myself that we need to go and change. We need to help that little girl, in that particular corner of the country, go to school instead of falling into a child marriage. If this girl went into a child marriage setup, she would probably suffer one day from unknown things. Maybe, if I can reach her with this program, she can manage to finish school.

Personally, I have two girls and I think they will have a lot to offer to this country. I don’t like to think that they could be subjected to these same circumstances, when I myself have been given an opportunity by God to change it. It was beyond the core of a pay slip for me. It bothered me to look at my children and realize that they would grow up in an environment that I would be refusing to change if I turned down the job.

I’m very hopeful that my being here might save a soul. I hope that I can help a girl child be a better mother and a boy child be a better husband. Boys can’t be left out of the project. They are growing up to be husbands and leaving them behind would be like digging our own graves in terms of not seeing a reduction in gender-based violence.

My contract is ending soon and I still have corners of the province that I have not traveled to train people. If I can train those people, maybe I can increase the level of change throughout this part of the country. I think I’ll be privileged if I’m given an opportunity to continue working here.

My family is thousands of kilometers away from me, and that is quite difficult. But, I’m able to work from home at times, and when I return to my colleagues and project, I’m happy – happy to be coming back to save another life again.

When I have time, I enjoy stopping by the One Stop Center to do some counseling sessions for survivors. That makes me feel happy. It puts me at peace knowing that at least some soul somewhere has been saved.

“It puts me at peace knowing that at least some soul somewhere has been saved.” 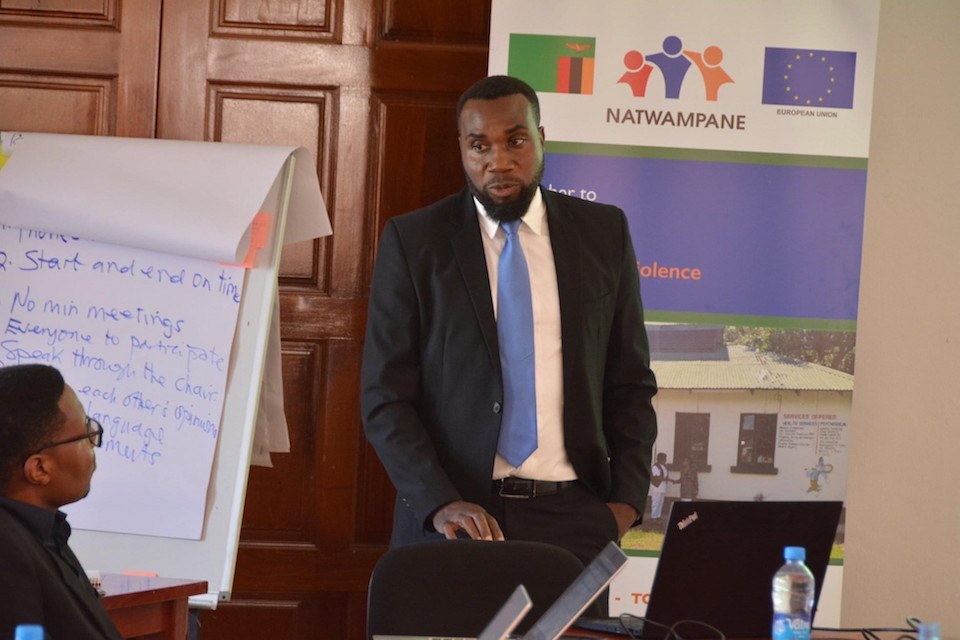 What else do you want people to know about your work?

My job is a two-sided coin. The positive side is that I’m very passionate about what I do. I thank God that I have this job right now. I think there is a reason and I think there is a purpose. Among 18 million Zambians, I was given an opportunity to come and lead this great team for CMMB. CMMB is a different ballgame. I feel listened to, and when you work in an environment where your ideas are valued, it boosts your morale.

On the other side of the coin, my job is very important. I need to have the mind of a district coordinator. I need to have the plan of an accountant, making sure my team has requested funds in a correct way. I have to make sure the data we collect is clean because data integrity is vital to the success of a project. Program wise, I have to ask the hard questions. But it’s all in the interest of trying to make sure that we are the best of the best.

There’s always a tendency of dipping your head into the job so much that you forget about self-care. But that’s just as important. I always have to make sure I take care of my family. I do homework, read books, and sing songs with my children via Skype. My strength is drawn from my family.

I’ve enjoyed working at CMMB, and I would love to make a difference in my beautiful country.

Learn More About Our Work