100 Years of Healing and Hope

The Catholic Medical Mission Board’s (CMMB) inception dates to 1912 and the dream of Dr. Paluel Joseph Flagg, a young anesthesiology resident on the staff of St. Vincent’s Hospital in New York City. 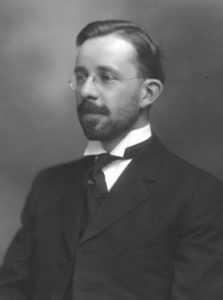 It was a dream born out of personal tragedy: the death of his infant daughter from neonatal asphyxia early in the year and the death of his wife in December. In his grief, Dr. Flagg sought solace, and that solace lay in ministering to others. On one of his first missions to Haiti, Dr. Flagg served those suffering from leprosy. When he saw the immense need in just that one country, he knew he had to do more. He recruited others to join him, and he received encouragement and help along the way from a number of organizations, chief among them, the Society for the Propagation of the Faith, the Society of the Atonement, and the Catholic Students’ Mission Crusade in Cincinnati. They encouraged superiors of mission congregations, doctors, and nurses to support missions in India and China.

The Incorporation of Catholic Medical Mission Board

In 1931, Father Garesche made a pivotal decision that has served CMMB well through the decades. He purchased two brownstones at 8-10 West 17th Street. They became both a headquarters and a warehouse for donated medicines. In that year, CMMB reported that medicines and equipment valued at $50,000 had been sent to overseas missions for the year. By 1931, the effort that has become a mainstay of CMMB’s work—the Medical Donations Program—was well underway. 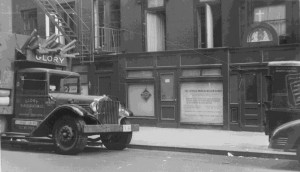 In addition to the work of shipping medicines and medical equipment, Father Garesche established a community of sisters in June 1935—the Daughters of Mary, Health of the Sick. He also established a community of priests and brothers—the Sons of Mary, Health of the Sick—who continue their work today as the Sons of Mary Missionary Society. 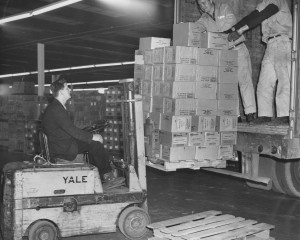 Throughout its history, CMMB has benefited from the encouragement of the Society of the Propagation of the Faith.

One of CMMB’s major advocates was Venerable Fulton J. Sheen, the Society’s national director and a prominent television personality. He served on CMMB’s Board of Directors from 1946 to 1976, and his efforts in encouraging pharmaceutical companies to donate medicine to CMMB were pivotal to the growth of our Medical Donations Program. 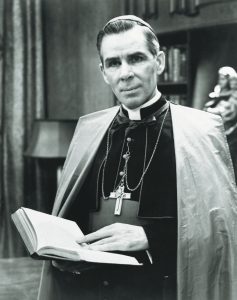 Venerable Sheen was very successful in his efforts to secure gifts-in-kind. By 1951, CMMB could report that 33 tons of medicines and medical supplies had been donated for placement in mission clinics and hospitals in the developing world. It was also in that year that Father Garesche received an assistant, Father Anthony LaBau, SJ. Father LaBau was named CMMB’s second executive director in 1960, succeeding Father Garesche, who passed away that year.

In 1963, a building in Long Island City was donated to CMMB where this activity could be managed. Today, the CMMB Distribution Center, in that same building, is a state-of-the-art, climate-controlled facility, featuring a robust inventory management system.

By 1967, CMMB was providing vital services to those in need via its volunteer and medical donations programs.

Records show that in 1978, CMMB began providing $5,000 worth of medicine each month to help Mother Teresa aid the 45,000 patients suffering from leprosy she and her Sisters cared for in the city of Calcutta alone. Mother Teresa was no stranger to CMMB. 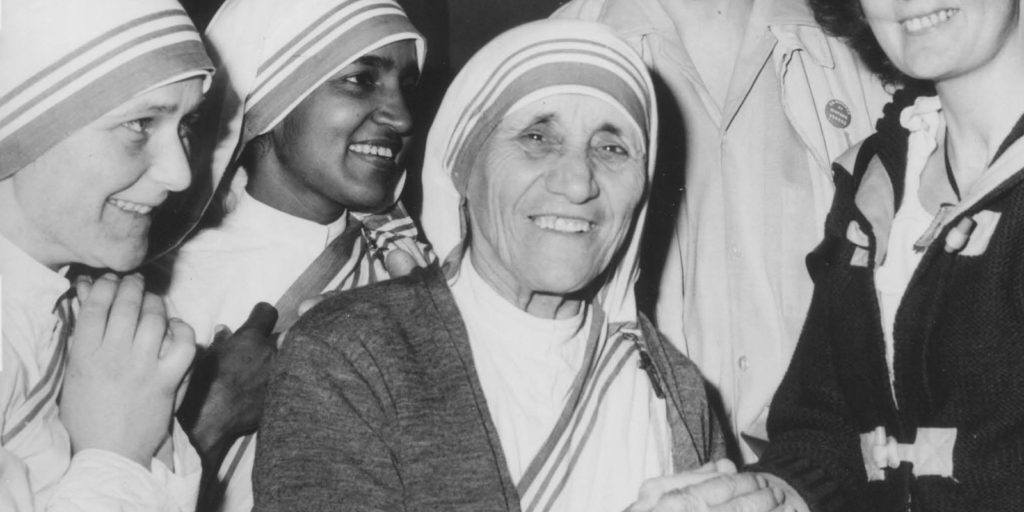 A staffer wrote: “Generally, Mother’s appearances are totally unexpected. The receptionist will inform us that Mother Teresa is at the front door requesting a few minutes of our time. That sets the office staff into great excitement because Mother, though her visit is always a short one, always has time to visit all of the staff and express her thanks for their share in her shipments.” Overall, in 1978, it was reported that 8,000 missions in 85 countries had requested medical aid from CMMB.

CMMB expanded into areas other than the provision of medical volunteers, donated medicines, and donated medical supplies in 1993. In that year, the organization launched the Early Intervention Training Program in Lithuania. Through the program, more than 250 Lithuanian professionals were trained in providing therapy for neurologically disabled children. Those receiving certificates as neuro-developmental therapists then went on to train other professionals throughout the country. In 2002, CMMB expanded the program by offering advanced courses in pediatric therapy. 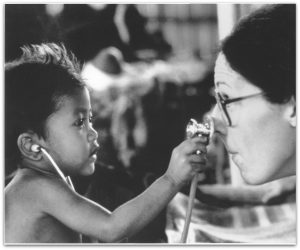 A New Century of Service

2000 was a pivotal year for CMMB. A feasibility study resulted in the recommendation that CMMB evolve into a “program-driven” organization, and John F. Galbraith was chosen to lead the organization in this transformation. He wasted no time, developing Choose to Care into a five-year, $5 million commitment to fight HIV/AIDS in South Africa, Namibia, Swaziland, Botswana, and Lesotho.

Over the course of five years, the program helped to build the capacity of more than 140 community-based organizations focused on palliative care, orphan care and placement, and HIV/AIDS education.

In total, the program reached more than 144,000 patients and orphans with medical, psychosocial, and education support. In 2008, this program was named a best practice by UNAIDS, the Joint United Nations Programme on HIV/AIDS. 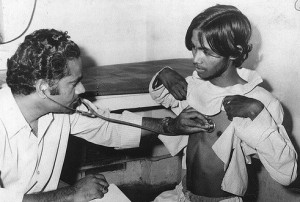 The success of Choose to Care led CMMB to establish a second significant HIV/AIDS program, called Born to Live, in 2002. Its goal was to prevent mother-to-child transmission of HIV/AIDS. CMMB’s outstanding work in this area contributed to our being part of the first faith-based consortium to receive funding via the President’s Emergency Plan for AIDS Relief.

Much of CMMB’s work serves mothers and children. This was emphasized as a major area of focus in 2003, when CMMB initiated Accion por la Salud Familiar (Action for Family Health). The program’s goal was to provide primary health care for preventable and treatable diseases among children under five years of age.

In 2010, all the organization’s resources were called into action to respond to a calamitous natural disaster: the massive Haiti earthquake. Haiti was the country where CMMB had worked the longest—nearly 100 years. It occupies a very special place in the hearts of all CMMB employees. Led by CMMB’s Haiti Country Director, Dr. Dianne Jean-Francois, the staff began to provide aid within hours of the quake. CMMB succeeded in placing $49.7 million received in cash and in-kind products to aid those affected by the disaster. 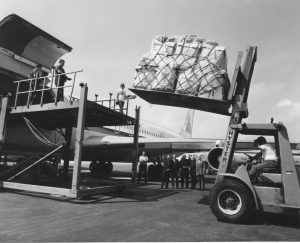 The global landscape is constantly changing. New countries replace old ones, like with the creation of South Sudan, which achieved independence on July 9, 2011. Throughout these developments, CMMB has been a constant.

CMMB’s impressive record of service could never have been achieved without the efforts of dedicated, faithful women and men who never lost sight of our mission and vision. In 2015, CMMB launched a new visual identity and brand to support our renewed focus on improving the lives of women, children, and their communities while maintaining our excellent reputation in providing health services to the poor and marginalized over the last 100 years. The new logo’s rounded shape evokes the sacred Madonna and child – the heart of our Catholic faith.  The suggestion of the ampersand (&) is also central to our tireless efforts to actively collaborate with other non-profit, government, and community organizations all over the world.  We believe that the new logo and brand more accurately reflect the work we do today – emphasizing our accomplishments and inspiring a growing global community to join us in achieving our future vision of “Healthier Lives Worldwide.”

We retain our historic name, as we are still the Catholic Medical Mission Board, legally and spiritually. However, our brand name has been shortened to “CMMB,” an acronym that has long been in use around the world. We believe this change adds value and recognition to our organization while respecting our history and serving our mission.

See the story behind our logo: Click below to watch video