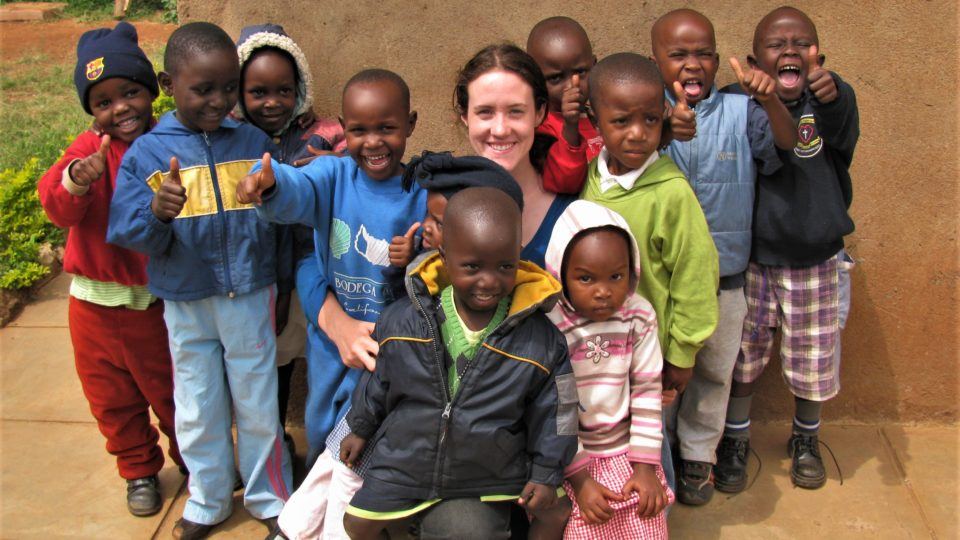 Sarah Rubino knew she wanted to be a midwife since the day her mom went into labor with her youngest sister. She was only eight at the time! Fast forward several years and Sarah is now a registered nurse and midwife serving at St. Theresa Hospital in South Sudan. She is one of CMMB’s Aurora Fellows and international volunteers! Below she shares what drove her to pursue this life of service, and how she got to where she is today.

I have a privileged knowledge of the intimately joyful and sorrowful moments of human life.

I first wanted to be a midwife the day my mom went into labor with my littlest sister. I was eight at the time and begged to come to the hospital to watch her give birth. When she told me, “No, you are too young.” I stubbornly replied, “I’m going to grow up and deliver a ton of babies! You will see I could have been at the hospital for the birth!” Around this time, I was also working on a school report on Clara Barton, the founder of the American Red Cross. She was a nurse living in America during the 1800’s, who would set up makeshift hospitals out of tents on the battlefield during the Civil War. My little eight-year-old heart would dream up how one day, I would deliver babies and become a nurse where people needed me most, just like Clara Barton. When I found out that there actually was a profession called a nurse-midwife, I knew I would one day become one. 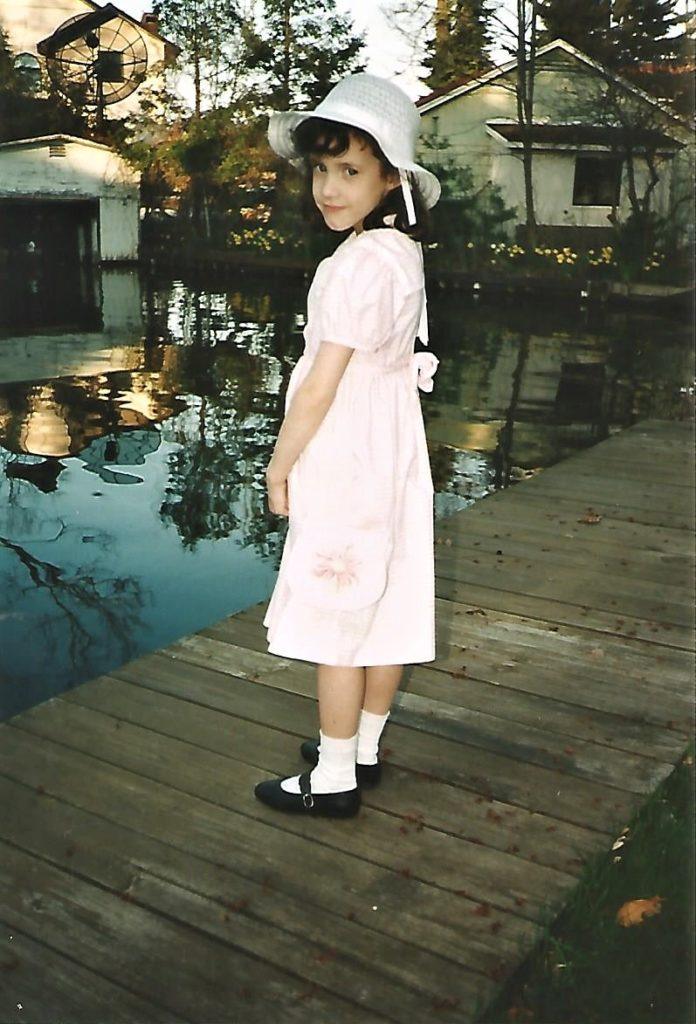 Years later at the beginning of my freshman year of high school, I discovered what my calling in life would be. It was during a presentation given by a Sister on her experience at an orphanage in South Africa. As I looked at the children’s faces on those slides, I realized in one moment how little I knew about the world. What shocked me was the happiness on the faces in her photos, a happiness that challenged the images of misery and starvation I had previously encountered in portrayals of Africa. The stark contrast between the Africa in my mind and the place described in the Sister’s stories sparked an idea that soon became a conviction; I was going to go to Africa. I didn’t have a fixed notion of where or when I was going, only the overwhelming sense of purpose that grew as I learned about the mission of the orphanage. It continued to grow as I realized how orphans could be joyful and full of life despite hardships, and despite being without many of the things I had grown up with in the United States. An hour after the presentation, I told my mom that I was going to save up to volunteer somewhere in Africa. She didn’t believe me then, but by the time senior year of high school approached, the endurance of my determination convinced her.

I planned out a volunteer trip to Kenya for the summer after graduation, and saved enough money to buy a plane ticket and cover the cost of the organization I applied for. Recognizing the importance of getting out of my comfort zone, I gave a presentation to my senior class about conditions in the slums of Kibera, and organized a class project of writing letters to orphans in the slums.

Ten days after I graduated high school I flew for the second time in my life, completely on my own to Nairobi. Even though it was the first trip away from my family for an extended period of time, I was surprised how at home I felt in a place that was so different from what I knew. I loved the simplicity of having very little with me; it allowed me to focus on my work and enjoy the presence of those around me. I lived with a local family for two-and-a-half months in Nairobi, Kenya on the outskirts of the Kibera slums. During my time volunteering as a teacher, no matter how much I did, I received so much more in return. I realized that in order to follow my calling, I would have to go to school to become a nurse-midwife before returning to east Africa, so that I could give back to those who gave me so much. 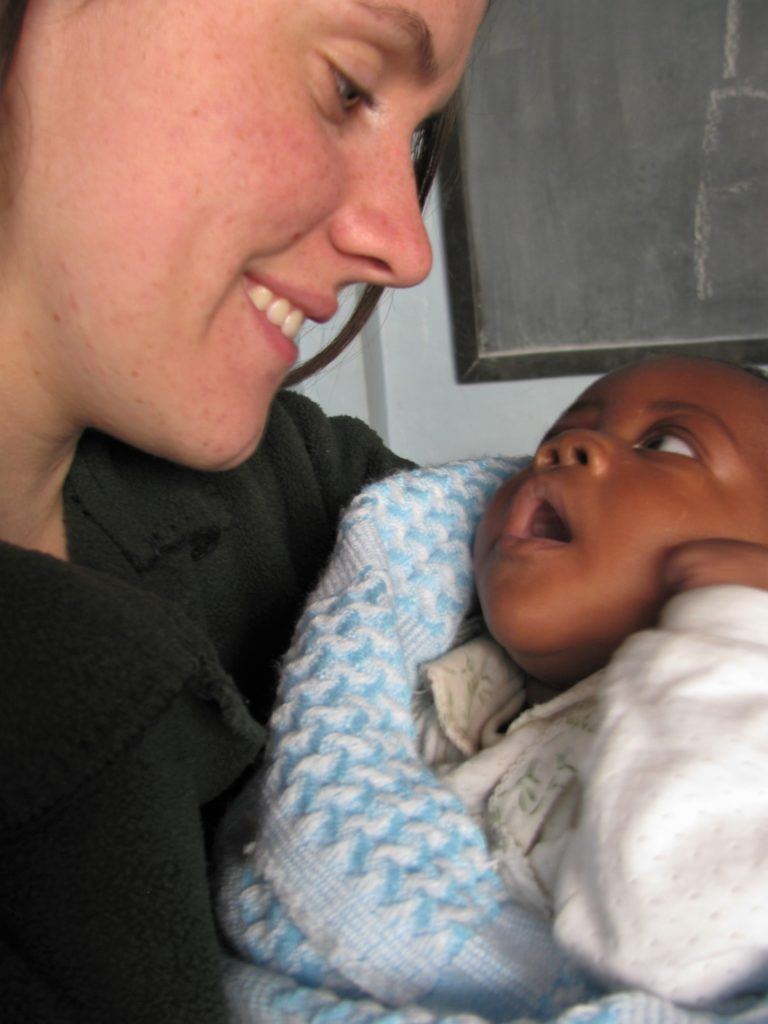 Sarah Rubino with a baby who was delivered during her time in Kenya. Being a part of this pregnancy, is one of the reasons Sarah knew she had to return.

It was difficult for me to return to the United States for college, and I found readjusting to American life much more challenging than getting used to life in Kenya. However, the same drive that led me to Kenya had also caused me to leave. My time in Nairobi confirmed and strengthened the conviction that my service was to be a nurse-midwife. It is a passionate drive, yet steady and measured. It endured through four years of high school leading up to my trip to Kenya, and since then has not diminished while I obtained my BSN, MSN, and worked at hospitals.

Each step of the journey has brought me to a deeper understanding of the human condition. While teaching at the TAPA school for children in the Kibera slums, I confronted a reality faced by a large portion of the world, but very foreign to my own experience. It was heartbreaking to see how some children were so distant from their peers because of hunger and the abuse they received at home.

Education was a symbol of hope for children born into a situation with so much against them.

My work as a nurse in a hospital and recent training as a nurse-midwife, put me in close contact with experiences common to all humanity, regardless of birthplace or socioeconomic status. Keeping vigil at the bedsides of dying patients, being present for grieving family members, showing compassion for the sick and weary, seeing the excitement and nervousness of expecting parents, I have a privileged knowledge of the intimately joyful and sorrowful moments of human life. My drive to serve in a developing country is informed by my desire to serve all and to share in the joys and sorrows of women and men as a health care professional.

This long journey now leads me to join the CMMB team in Nzara, South Sudan, thirteen years after hearing that talk about an orphanage in South Africa. I have met many people, seen many patients, and delivered many babies since then. I even found someone who shares this similar drive, and ended up marrying him in December 2017. I am blessed that he is coming with me on this adventure. Our drive has been honed and our perspective has been broadened, but it remains strong and steady as ever. It does not just come from our own strength and perseverance, but from the strengths of those persevering in the midst of their own difficult situations. It is this drive that I wish to bring to CMMB as an Aurora Fellow. 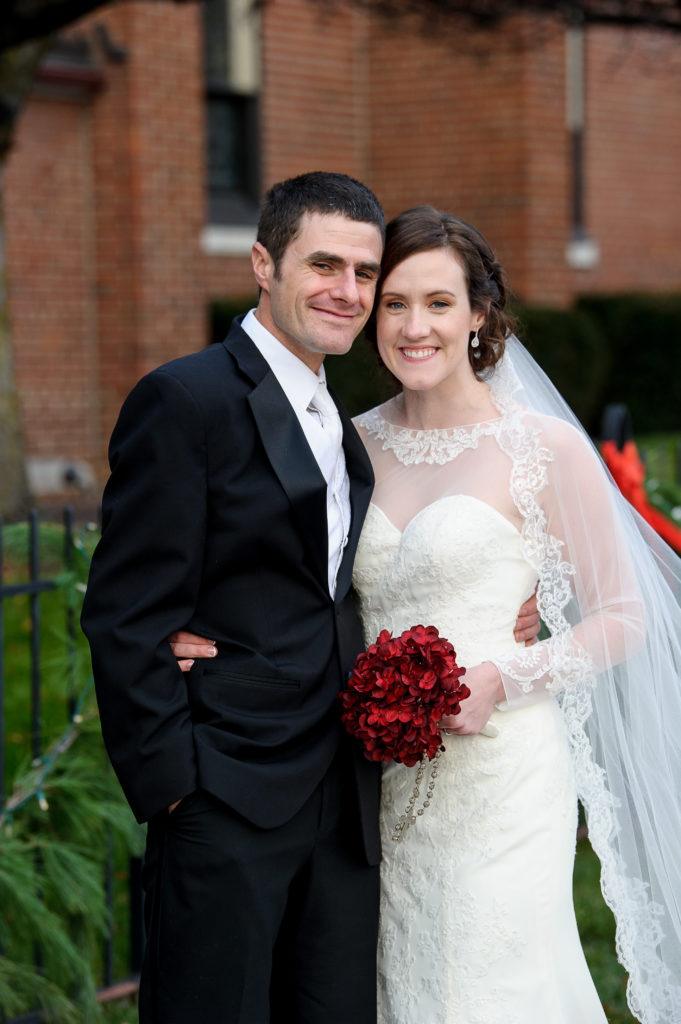 Sarah and her Husband Martin, who will be volunteering in South Sudan alongside her.