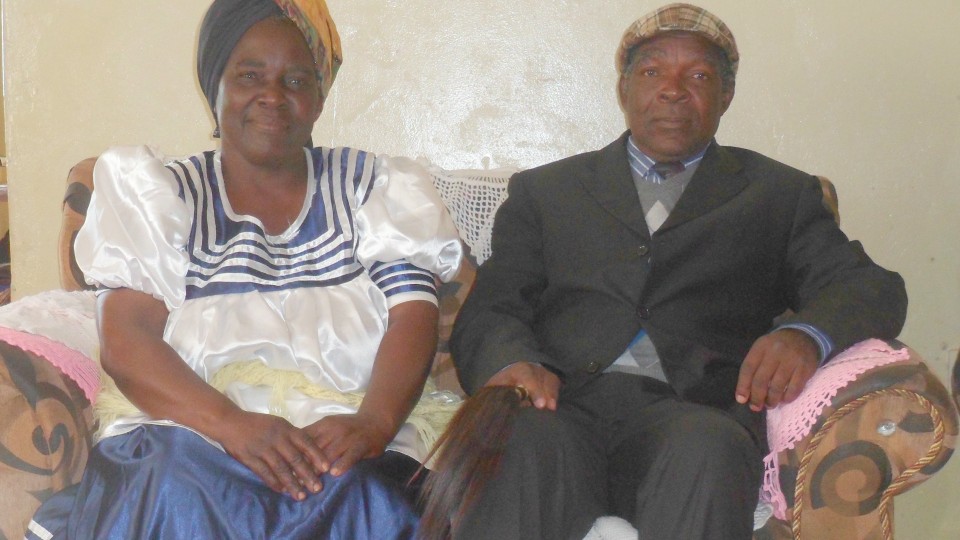 The consequences of HIV stigma and discrimination can be devastating. These include being shunned by family and communities, poor treatment in health and education settings, and emotional and psychological trauma, among many others. These consequences also limit access to HIV testing, treatment, and other critical HIV-related services. In Luampa, Luampa District, in the Western Province of Zambia, Chief Mwanatete fights to end stigma and increase the uptake of HIV counseling and testing with the support of CMMB’s COMPACT project.
At age 65, Chief Mwanatete is the father of 10 children, has 11 grandchildren, and is the leader of about 200 villages. As a father and leader, the chief states that taking care of his family and community is more than just an obligation

“I have a passion for my community, there is no way I cannot help.” 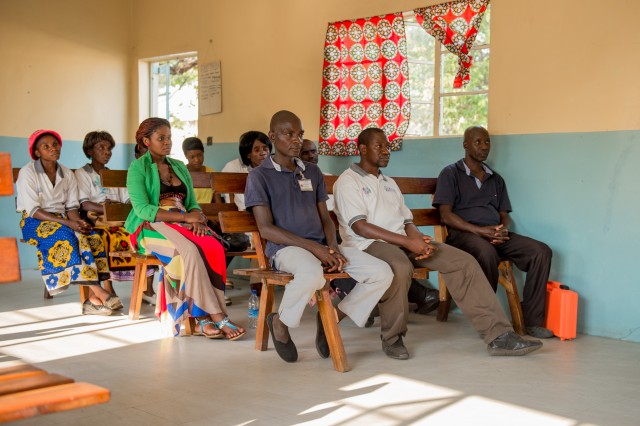 Through his influence as a traditional leader, Chief Mwanatete inspired his community to work as a team against HIV stigma and discrimination and promote testing and counseling. He encouraged village administration, elders, fathers, couples, women, and youth to participate in public and community meetings, one-on-one discussions, and educational workshops focused on HIV prevention and men’s responsibility for the health of their families.

The chief says that as a result of supportive partners and an involved community, people now are able to access counseling and treatment: “Previously people were hiding. Now stigma has been reduced, [and] people can be open and not ashamed. They can know their status and talk about it.” Chief Mwanatete himself has been tested for HIV multiple times and has been sharing his status with his wife after every test.

A man of substantial influence in the community,  the chief knows his actions promote acceptance and help to decrease the stigma around HIV testing.

Concurrent partners are a major driver for the spread of HIV infection in Zambia. “As an advocate of a movement to stop HIV, I want to have the power to speak against the traditional vices such as polygamous marriages and early girl initiation ceremonies, which would promote the spread of HIV in my chiefdom,” said Chief Mwanatete. To do this, Chief Mwanatete chooses to remain faithful to just one wife explaining, “I love my wife so much that I do not want to divide my love to another woman, and as a traditional leader, I must always strive to be a role model for my communities.” 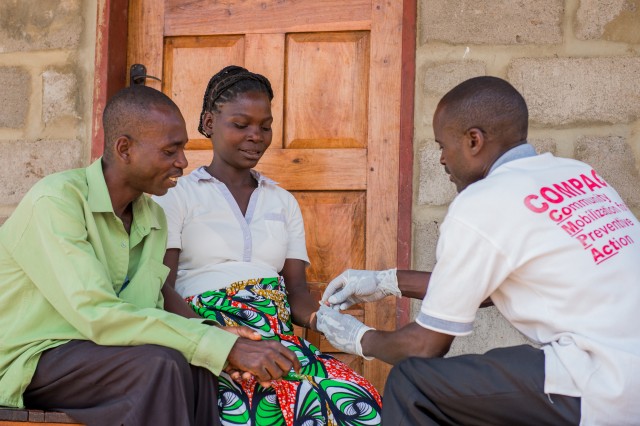 Chief Mwanatete is not the sole crusader in this battle against HIV. Through his outreach work with the COMPACT project, he has recruited project “Champions” such as Mr. Kashuwa Mutayima and Mr. Benny Lumbala, who are both Headmen of their communities. They now educate their families and communities on the benefits of HIV counseling and testing, and endorse the services being offered by CMMB. They also are members of the community mobilization group, which aims to build awareness, promote attendance at community health sessions, and utilization of testing and other facility-based services.

Chief Mwanatete stresses the need to share his story with other communities and chiefs so that they can inspire and help their people in the same way, as well as extend services and awareness to hard-to-reach, remote areas.