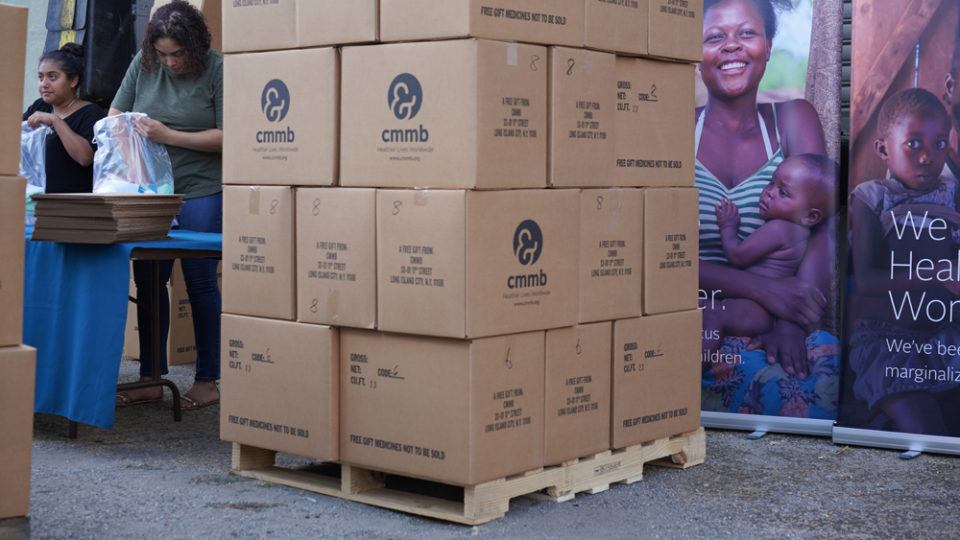 When COVID-19 stalled shipments of life-saving medical products to Zanzibar, collaboration between diverse partners, including CMMB, became essential. In 2021, CMMB’s Medical Donation’s Program partnered with Helping Hand for Relief and Development and the Muzdalifah Charitable Organization to ship highly needed medicines and medical supplies to the only tertiary referral facility for the entire state.

Here, our Medical Donations Team dives into Zanzibar’s unique history, modern challenges, and the power of partnership for driving change.

The partially self-autonomous state of Zanzibar is steeped in a tremendously rich culture – due in large part to its central location on the Indian Ocean trade routes. In the centuries when global trade took shape, the islands were readily accessible to travelers and merchants from the Middle East, Asia, and the African Mainland. Persian settlers had a large influence on the islands, and even now, most of the population refers to themselves as ‘Shirazi’.

Zanzibar was ruled by the Omani Sultanate for centuries before being proclaimed a British Protectorate in 1890. This rule continued for over 70 years and included an attempt at independence from Khalid ibn Thuwayn, which resulted in the shortest war in recorded history lasting just under an hour. Finally, a 1964 revolt overthrew the British-installed sultanate. This new revolutionary government then signed an act of union with Tanganyika on mainland Africa to make the modern-day nation of Tanzania.

Zanzibar is made up of two main islands and several small inlets. Its primarily industry is agriculture, and the tropical terrain grows rice, casava, bananas, and maize. Starting in 2007, the Revolutionary Government began a series of ‘Strategies for Growth and Reduction of Poverty’ aimed at achieving targets laid out by the UN’s original Millennium Development Goals. The first two phases (2007-2010 and 2010-2015) saw notable improvements in areas ranging from education to health.

However, increasing irregularities in rainfall caused by climate change hampered these achievements, driving small farmers into destitution and causing food insecurity across the state. This has also been exacerbated by increasing population growth putting a strain on infrastructure. The arrival of Covid-19 and the resultant downturn in the global economy visited yet another blow on the state’s hard-won achievements. 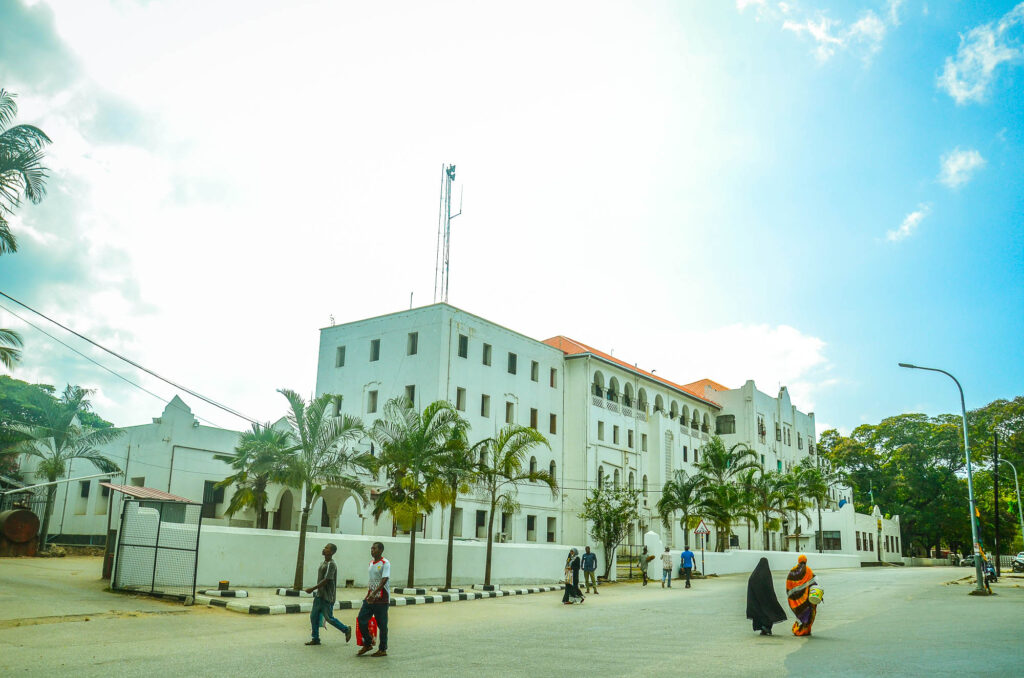 Zanzibar continues to work to improve life for its citizens, and its efforts are made more impactful by collaboration with international bodies such as the World Health Organization, and—perhaps even more importantly—local NGOs.

The Muzdalifah Charitable Organization of Zanzibar works closely with the Ministry of Health and Social Welfare to support health systems across the islands. One of their main partners in this mission is the Mnazi Mmoja Hospital, the only tertiary referral facility for the entire state. Patients travel from all over Zanzibar to receive specialized care such as neurosurgery, oncology, intensive care, ENT, ophthalmology, orthotics, and prosthetics. The staff of the Hospital works to take advantage of their prominent position to provide as much capacity strengthening to their colleagues working across the islands as possible.

The supply chain disruptions caused by the Covid-19 pandemic did not skip Zanzibar. One of the earliest impacts was shortages of medical supplies across the islands. This prevented the staff of Mnazi Mmoja from safely and effectively providing services that only they offered. 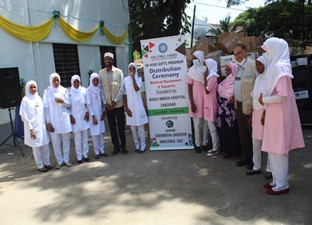 In 2021, one of CMMB’s consignee partners, Helping Hand for Relief and Development reported on the shortages of supplies and PPE taking place in the health system. CMMB worked with their partner and the Muzdalifah Charitable Organization to put together a container of supplies donated by Henry Schein, which shipped in September of 2021.

The shipment’s arrival at the Hospital was met with joy. The facility staff and the Ministry of Health held an event for the opening of the container. The products were removed and organized and inventoried for immediate use.

Professor Amina Amdulqadir, the Head of the Midwifery and Nursing Unit at the National College of Zanzibar, which partners with the Hospital to educate health providers said; “Today my students and I are witnessing the handing over of the container of medical equipment….this is my great pleasure to see distant communities affected by the challenges facing their Zanzibar brothers, even the faces of the students show a great sense of (joy) as they see that their long-standing challenge is going to be solved to a great extent. I would like to take this opportunity to thank these donors for their responses to the health challenges facing Zanzibar.”

We at CMMB consider ourselves lucky to be able to work every day to support such passionate and effective programs around the world.