From Spain to Haiti: When Love Travels Far 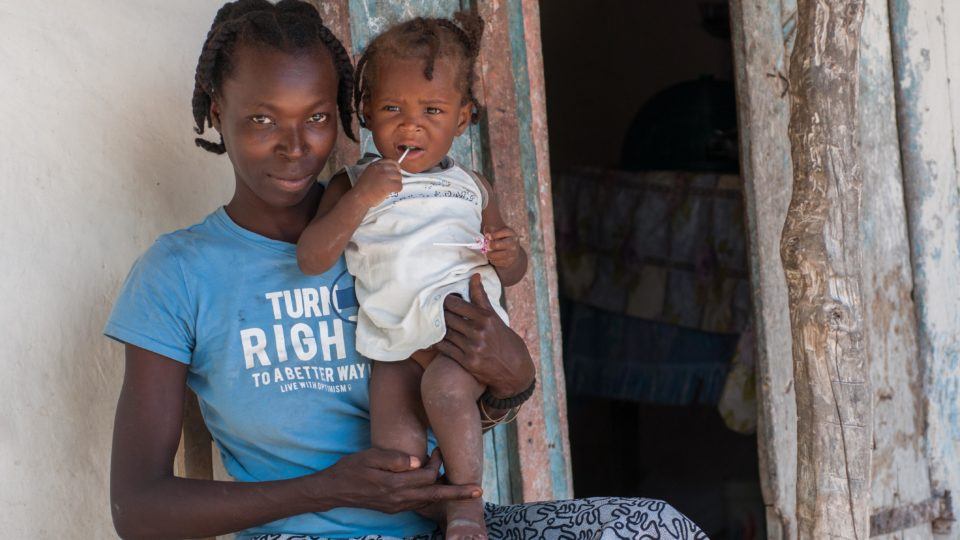 “My baby is always sick. She cries so much. It’s breaking my heart.” – Vilma, mom 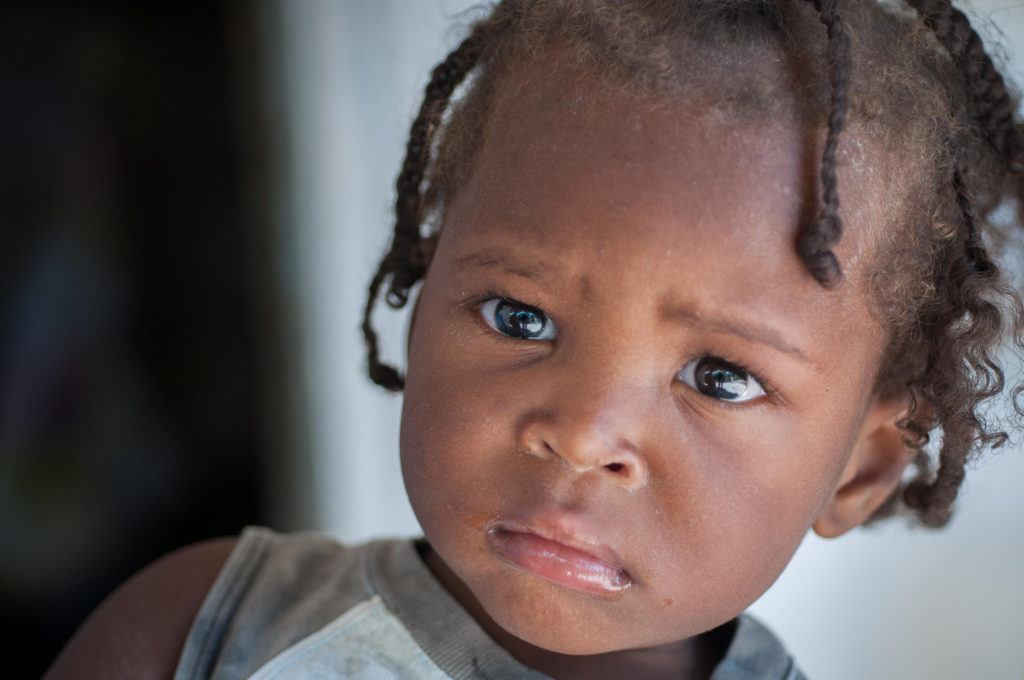 Rosemanette lives in one of the most remote and impoverished communities in Haiti. She lives there with her mother, father, and two older brothers in a single-room, concrete structure without running water or electricity. Apart from a single bed, a couple of old pots, pans, and buckets, and some clothing, they have very little else.

Rosemanette’s parents never had the chance to go to school and as a result, have no stable job or source of income. They tend to a garden behind their home but it never grows enough to feed everyone in their family. Rosemanette’s mom, Vilma, just wants to give her children a better tomorrow, but says “I don’t know how to give them that.”

When she was just three years old, Rosemanette was diagnosed with severe malnutrition. Lack of food, of course, contributed to Rosemanette’s poor health but she was also suffering from chronic diarrhea. The water Rosemanette was drinking was contaminated and made her constantly sick, which worsened her condition. Her naturally black hair had turned an unnatural light brown– a sign of severe malnutrition. Rosemanette rarely had any energy to play, which was very concerning for a three-year-old child. She spent a lot of her time laying in her mother’s arms, unbelievably weak. 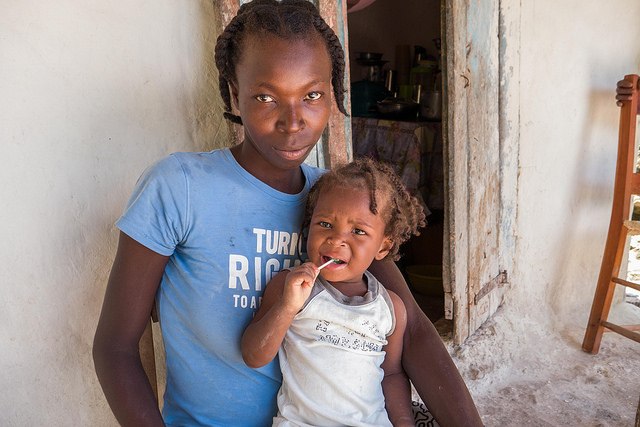 Rosemanette and her mom, Vilma

As the poorest country in the Western hemisphere, Haiti faces extreme challenges. One of it’s greatest challenges is widespread malnutrition. Almost three quarters of all Haitians live on less than $2USD per day and at least half of the entire population suffers from malnutrition. Poverty in Haiti is deep and malnutrition is a startling reality for so many Haitian children. Children like Rosemanette.

Childhood malnutrition remains a serious problem all around the world. As the underlying cause of death for over 2.6 million children every year, malnutrition makes up for more than one third of all child deaths worldwide. Childhood malnutrition is especially dangerous because it can have lifelong, irreversible consequences. Especially in the first two years of a child’s life, severe malnutrition can result in both physical and cognitive disabilities and seriously weaken their immune systems.

To make matters more challenging, Haiti is located in the hurricane belt and on a natural fault-line, making it prone to extreme weather and natural disasters. In recent years Haiti has endured multiple, serious hurricanes, including Category 4 Hurricane Matthew in 2016 which left hundreds of thousands of Haitians without homes or enough food to feed their families. Haiti is also still rebuilding from the devastating 2010 earthquake than took the lives of as many as 300,000 people and left millions without a home.

Haitian children, like Rosemanette, are the most vulnerable in the entire western hemisphere.

Delivery of Hope from a Spanish Angel

After seeing Rosemanette so weak in her mother’s arms, our community health workers knew they needed to act- time was running out. Without proper intervention and care, she would likely die.

As a mother of two and grandmother of four, Pilar was moved to act. She thought about her own children and grandchildren. And she thought about Vilma—a mother who, knowing her child was dying, could do nothing to stop it. For any mother or grandmother, this thought is completely devastating. 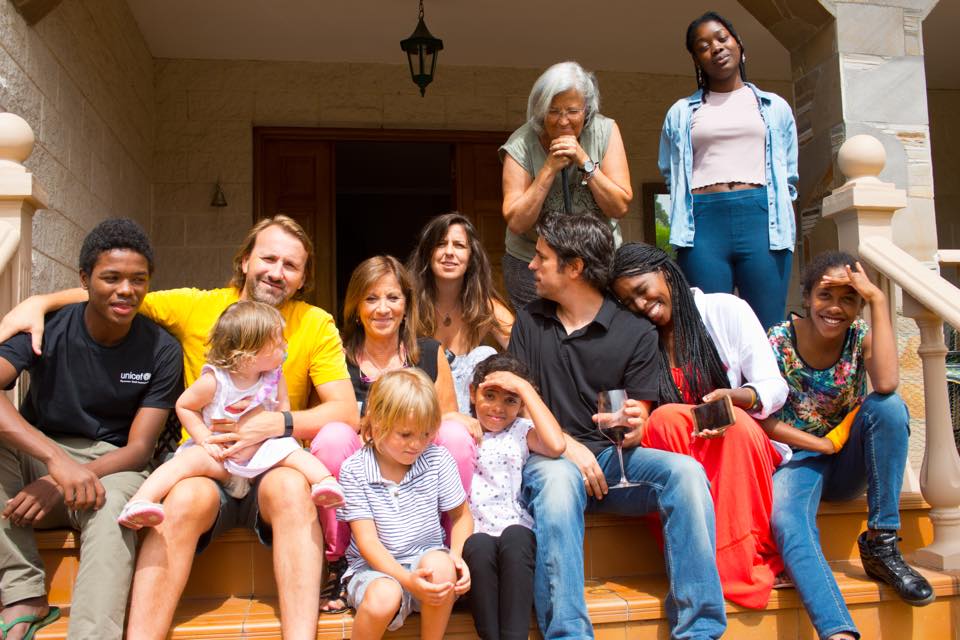 Pilar  and her family in Spain

Pilar’s generosity started to reach Rosemanette very quickly. With the monthly delivery of healthy foods like beans, rice, corn, vegetables, and milk to Rosemanette’s family, our community health worker started to see a big change. The family also received a reusable water filter allowing them to ensure that the water they drank was clean and safe.

At each visit, they spent time teaching Vilma about the importance of hygiene, proper nutrition, saving for education, and seeking medical care when her children were sick.

Two Lives, Changed for the Better

Within four months of receiving Pilar’s support, something incredible started happening. Rosemanette no longer showed any signs of malnutrition!

Every time our nurse visits Rosemanette, she has grown and has so much more energy. Our community health workers weigh Rosemanette and track her progress every month. Her hair has returned to its healthy dark color and she has even started to show our team her bold personality.

“She is a completely different child from the one we met laying in her mother’s arms.” – Community health worker

Even more good news is that Rosemanette has started preschool. Pilar’s support allowed Rosemanette’s parents to save up enough money to pay the school fees. By attending school, she has a chance at a brighter future.

The experience for Pilar has also been transformative. After receiving news about Rosemanette’s improving health, Pilar wrote:

Thank you so much for the news about Rosemanette. She is so sweet and it gives me immense joy to know that she is healthier and going to school. No one could have thought that a change this big was possible in such a short amount of time. I am so happy.

“It is one of the beautiful compensations of life that no man can sincerely try to help another without helping himself.” – Ralph Waldo Emerson

This is the case for Pilar. By giving, she is also receiving.

We can only imagine what would have happened to Rosemanette had Pilar not decided to support her. The reality is that most children living in such deep poverty never find their angel.

The beauty of a story like this one is that one person can make a difference. We are a global family, when we extend our hand to those in need, we recognize the humanity in all our lives. No matter where we are born or what our circumstances are.