Interview with A Volunteer Doctor: Matthew Jones in South Sudan 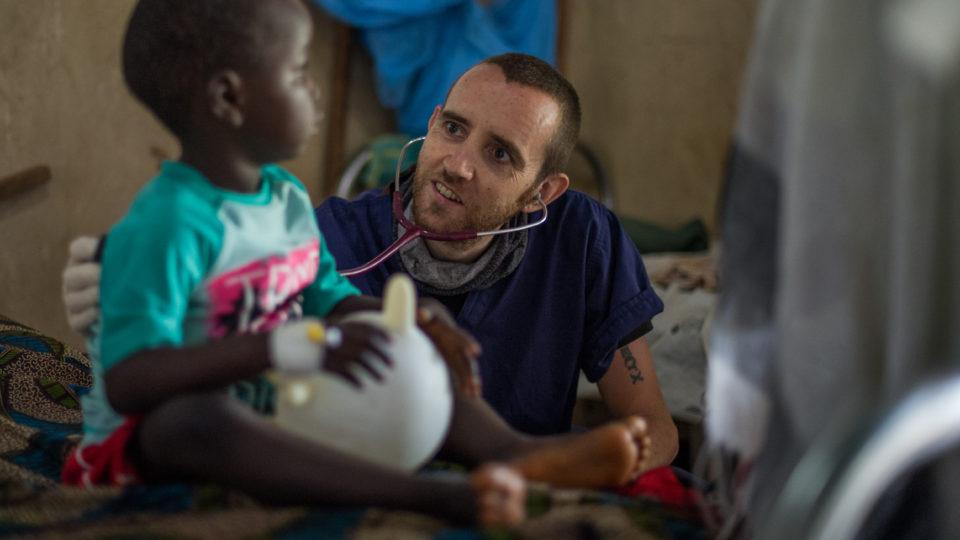 Dr. Matthew Jones served at St. Therese Hospital in Nzara, South Sudan for nine months. We recently had the opportunity to speak with Dr. Matthew about his service, the team at St. Therese, and how he’s feeling about going home.

What brought you here?

I was inspired to come here initially simply by reading an article about Dr. Tom Catena, one of the longest standing volunteers in the Nuba Mountains. And I think I was reaching a point in my career where I felt like I needed a little fresh direction and a bit more momentum. I was immediately grabbed by the idea of coming to a place like South Sudan, and I think really seeking a new definition for myself as a doctor. 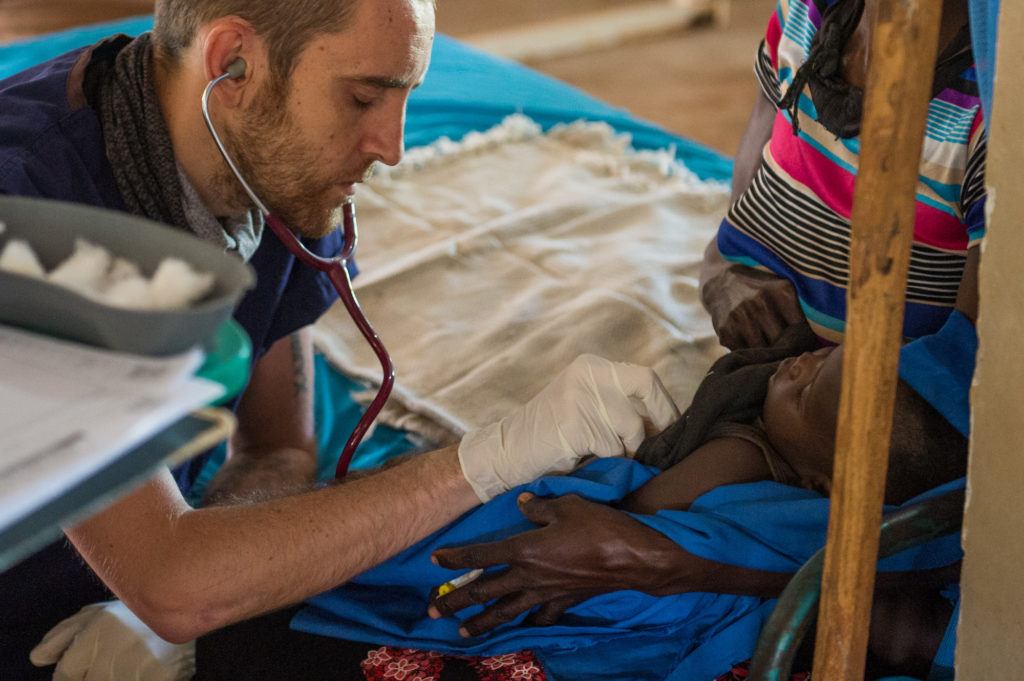 As a doctor from the UK, what are some changes you make when you are practicing medicine in a low-resource setting like this?

Well I think you get used to, for example, the absence or the near absence of investigations. There is a lot of diagnostic uncertainty which you have to accept and handle. Beyond the few core conditions like malaria and anemia you are largely making educated guesses. You get used to the fact that people are coming here with conditions you wouldn’t think you’d ever see in a country like Britain, where I normally practice. Some of the wounds are particularly horrific. And, the fact that children are coming to the hospital, in such malnourished states. Children come with such low hemoglobin levels, anemia, but you do quickly adjust to that.

What are the biggest challenges that you face?

I think one of the biggest challenges here is accepting the absence of established systems. As a doctor practicing in a country like Britain, you get very used to there being systems in place already which you fit into quite normally and naturally. When you come here you realize that an awful lot depends on your own motivation, your own desire and energy on a particular day to make a small difference. You’re not necessarily relying on a system, and you get a sort of strange sense that if you don’t take responsibility and ownership for a problem then no one will. And no one will even really question it. So, it is a huge challenge really, accepting that those systems don’t exist here. 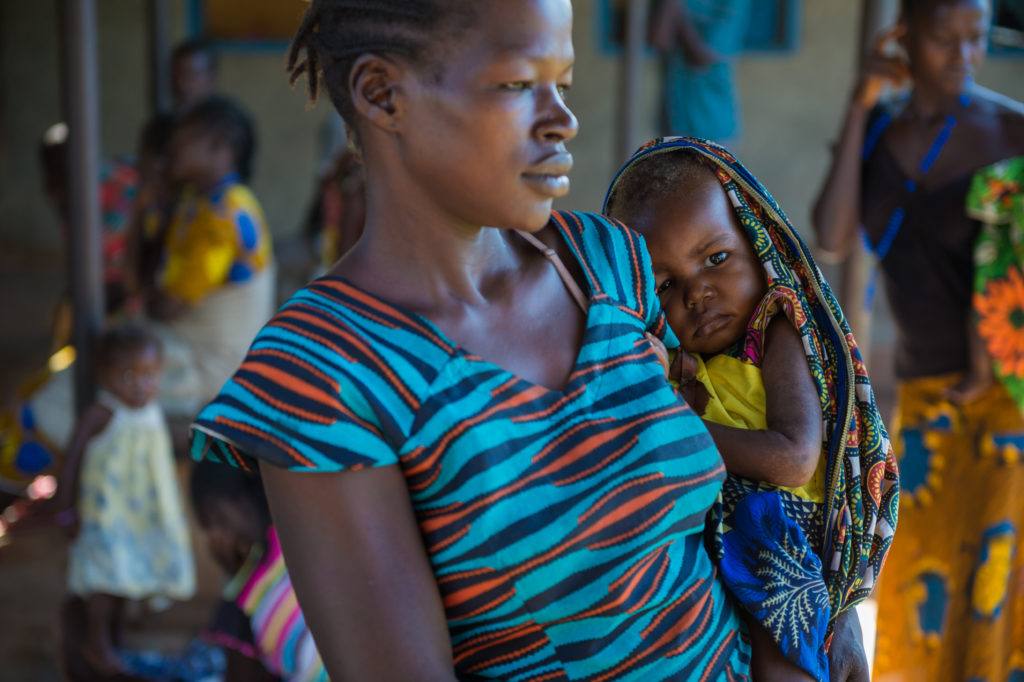 So, what advice would you give to someone considering volunteering?

I tend in these situations to not really like to offer people advice. I think that the greatest joy being here is this personal journey and the personal experience. Even looking back at myself in the past seven months, I sense that I have changed in subtle but measurable ways. And the experience I had here, the impact it has had on me, is automatically and inherently going to be different for someone else. Therefore, I don’t like to interfere really with other people’s experiences too much. I might offer one piece of advice which is to not listen to other people’s advice.

But, I think if I were to offer one piece of useful advice, it is that it is important to be flexible. I think your core response to being here has to be flexibility, to accept that things are different, otherwise you will drown in frustration and sorrow. But, I also think that it is important to believe that you can make a difference here, that you can bring to bear on this place some experience, some wisdom, which you may not think you actually posses. I think if you come here and just think that it’s about being flexible then maybe you won’t ever actually have the confidence to try and change things. And fundamentally, that is why we are here. We’re here to try and bring about small pieces of change in a long term sense.

Can you talk a little about the local staff you have worked with and what you’ve gained from your experience with them?

I think one of the most significant features of my time here has been how I relate to the locals and the staff. I think inevitably when you arrive here, it is easy to fall into the trap of generalizing and not seeing the subtleties and the uniqueness of the individuals. I think the beauty of being here is when you start to see those idiosyncrasies and the differences, and you really get to know them. And, it’s not getting to know them in a trite way. A lot of the members of staff, I don’t know where they live, I don’t know how many brothers or sisters they have. But, you start to see their responses and their reactions, and you start to be able to relate to those and you feel that they are doing the same to you. It creates a much stronger bond than any sort of personal knowledge about someone. It is just that sort of understanding of the sort of depths of personal understanding. 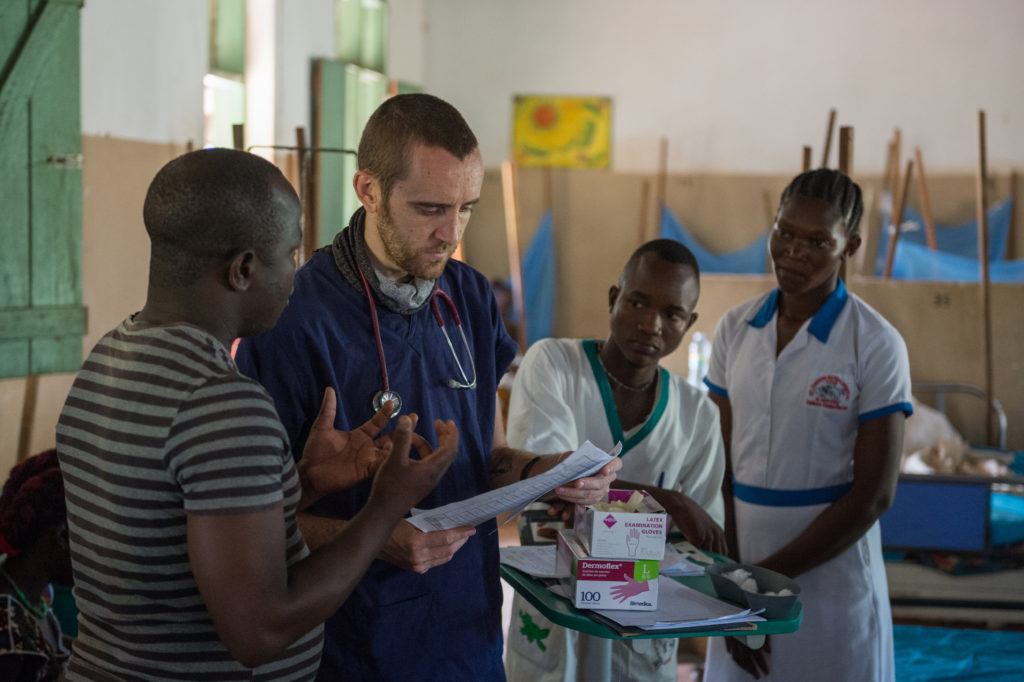 I think I could talk most personally about the group of young trainees who started working coincidentally about the time that I arrived. There is an aspect of social tragedy at play here, which is the lack of education that a lot of very young, bright, motivated people have received. Some of them are at most 24 and 25 and they have only received formal education up to the age of a 16, 17, or 18 year old. They started work here at about the same time as me, and to some extent we have been on a journey and voyage together.

I remember first starting, their lack of confidence, their eagerness, their anxiety and now when I look at them, I see the confidence which they display in their role. But also, what gives me the most pleasure is the humanity that they consistently display, and they consistently teach me. They consistently demonstrate a desire to help people, to connect to people. They are always bringing the problems of the patients to me and even at times when I feel slightly resentful about that fact, I look back and I feel grateful that these people are here, keeping an eye on me. They are to some extent, without even realizing it, sort of a spiritual gauge on how I respond and act here. It really helps me to retain the humanity in what, at times, feels like insurmountable challenges.

What have you missed most about home?

I’ve missed family most, perhaps inevitably. I’ve missed them more than I thought I would. I think coming here, you are always pulled by the excitement of a new experience, and when you arrive you then find yourself immediately confronting the loss of home you feel. I think to some extent I was naive about the depth of that sense of absence I would feel. It’s been tougher and harder on me. But, at the same time I’ve received so much support from family that it really has kind of guided me and encouraged me through my time here. I am hugely grateful that they have never once questioned or challenged my decision. Even though they suffer as much as me in that absence. 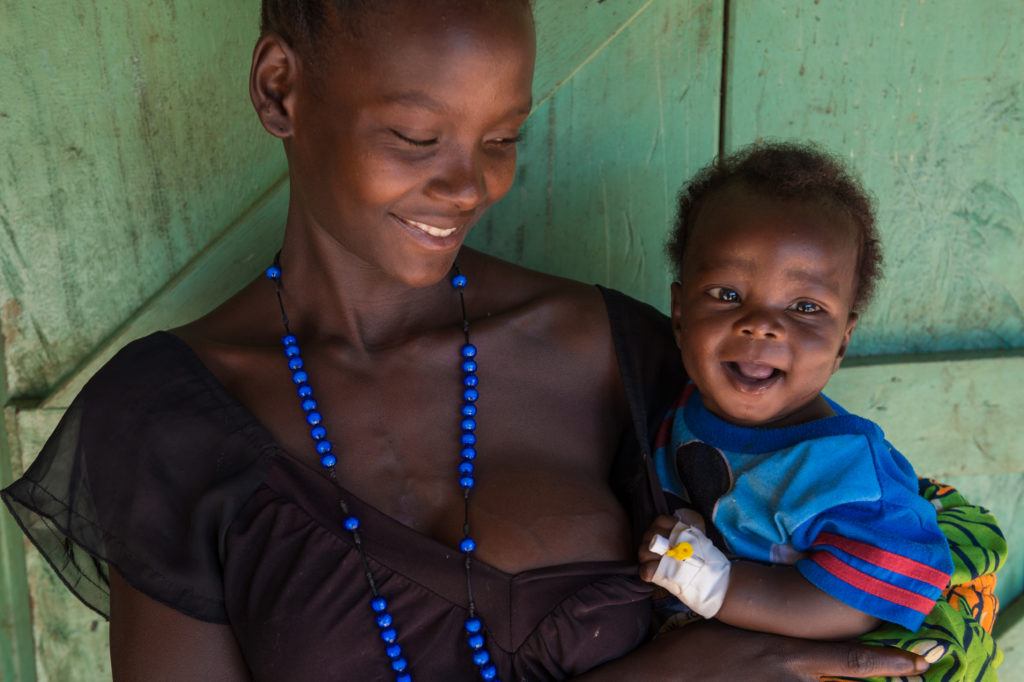 Would you have one story that you would want to share with us, of an experience here, of a person you have met, or a patient you have cared for?

Without having much knowledge of the language or the culture, at times you can feel sort of distant and separate from both the patient and, in particular, the mother of the child. I think that you tend to go through the ward quite quickly, and there’s not really much room for personal connection. However, when a child stays for a certain length of time, you really start to slowly feel that bond and connection.

I remember early on that there was a young boy called Makuu who had a bad infection in the skin that required an operation. I did the operation and he hated me through every stage of that operation. After, when we were dressing the wound and cleaning it, he hated me at every stage there as well. I think that if he saw me in the street now, he’d probably remember me and hate me just as much. But, I think the difference was that sense of gaining the trust of his mother throughout the process. I don’t know quite how she related to me. It would be nice to think that she went from being suspicious of the slightly strange tall white guy, to utterly accepting and trusting. It’s probably a lot more complicated and nuanced than that, but I felt by the end that there was a bond between me and the mother. Really, that bond was just a shared care for her son. And, the nice thing is that I still see her every now and again around the hospital, or even outside the hospital. I think she has 10 or 11 children, so there is always one of them in the hospital. But, we still share a little joke and a smile about Makuu. And occasionally, she tries to drag him close to me and the boy normally reacts, and we go through the same process again. But, there’s definitely some sort of tender connection there which is meaningful and profound, and below the level of language and above the level of language. 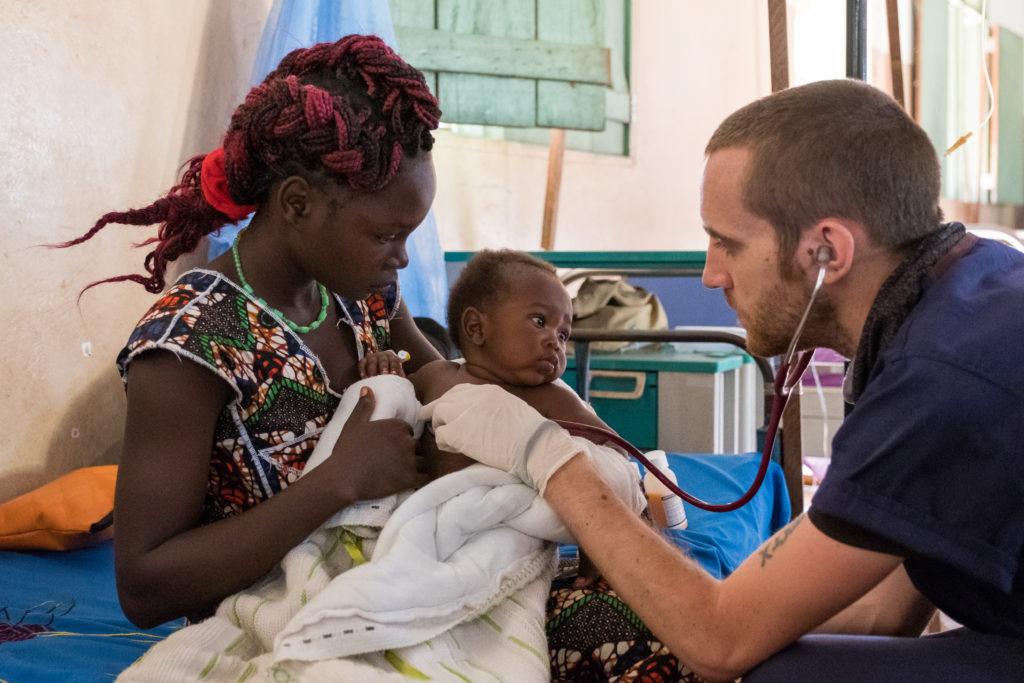 You are going home soon. How are you feeling about it?

I think the emotions will slowly crystallize. I sort of feel those early emotions already.

The strongest emotion I feel at the moment is sadness – leaving behind these people, staff, and some of the other volunteers. But, mainly the staff who you form such a bond with and I do feel a slight sense that I’ll be letting them down by going home. I know people say, “You are not, and you have done a lot anyway,” but I will feel I’ve let them down slightly by leaving. I feel tremendous excitement as well about seeing family and friends. Above all I feel a sense of optimism and positivity about myself as a doctor that I’ve not really ever felt. For the first time you see a vision of yourself acting as a doctor and how you think a doctor should act. So yeah, I go home a bit scared about the future – mainly optimistic, excited, and a little bit sad as well.