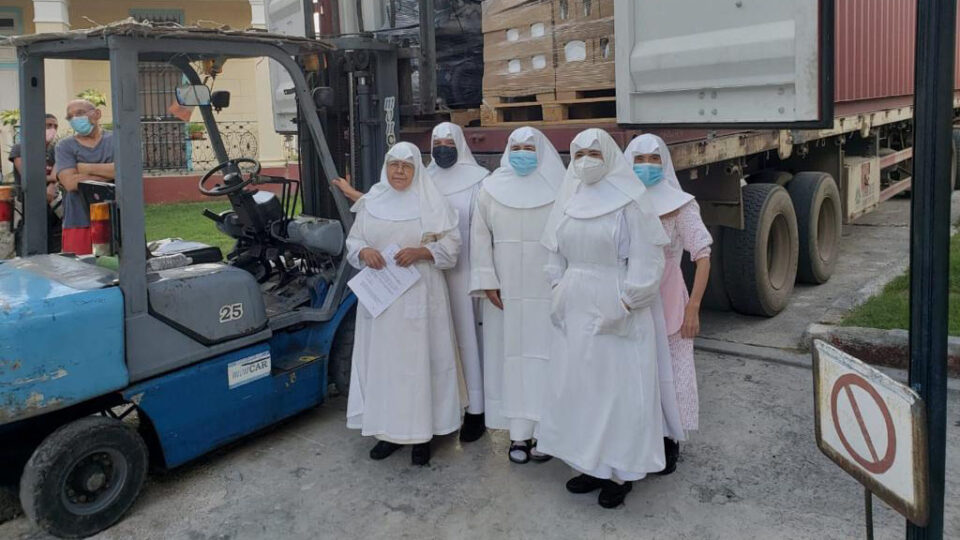 CMMB’s Medical Donation Program distributes lifesaving medicines and medical supplies to facilities and partner organizations all over the world. In 2021, CMMB was approached by St. Augustine Catholic Church with a crucial need. Two elderly homes in Cuba, supported with donations in the past by the church, were in desperate need of medical supplies to care for nearly 600 elderly residents.

After ensuring that the donation included products that were of greatest need, CMMB’s shipment arrived at the elderly homes in Cuba. CMMB is grateful to learn that the donation, which included PPE and medications used in supportive treatment for COVID-19, arrived in time to effectively and safely care for patients infected by an outbreak of the virus in the facilities.

Here, we dive into Cuba’s rapidly aging population, the economic issues driving concerns over how the country will serve the growing number of senior citizens, and the steps taken by the Medical Donations Program and St. Augustine Catholic Church that allowed us to reach these facilities with lifesaving resources. 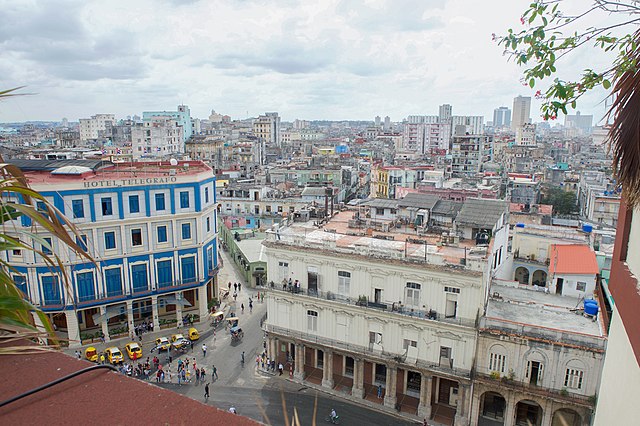 Cuba’s population is rapidly aging in a demographic shift similar to countries with a higher wealth per capita such as Italy and Japan. According to the National Office of Statistics and Information, 19% of Cubans were over 60 years of age in 2015, and by 2025 that number is projected to be 25%. While wealthier countries harbor fears over their capacity to care for their aging population, the comparably fragile Cuba is already facing growing challenges ensuring their senior citizens can live a stable and dignified life.

In 2021, the St. Augustine Catholic Church based in Miami reached out to CMMB about the need for medicine expressed by two elderly homes in Cuba, Hogar Santovenia and Hogar San Francisco de Paula. The facilities are operated by the Little Sisters of the Abandoned Elderly and the Carmelite Missionaries of Father Palau Orders, respectively, and both are supported by the Diocese of Havana. In the past, St. Augustine provided intermittent support including food and donations to the facilities.

These two facilities combined house nearly 600 senior citizens in Cuba who would otherwise have nowhere to go. Many of these patients suffer from degenerative diseases such as dementia or health issues stemming from prolonged immobilization and are reliant on the care and support offered by these facilities.

The Impact of a Fragile Economy 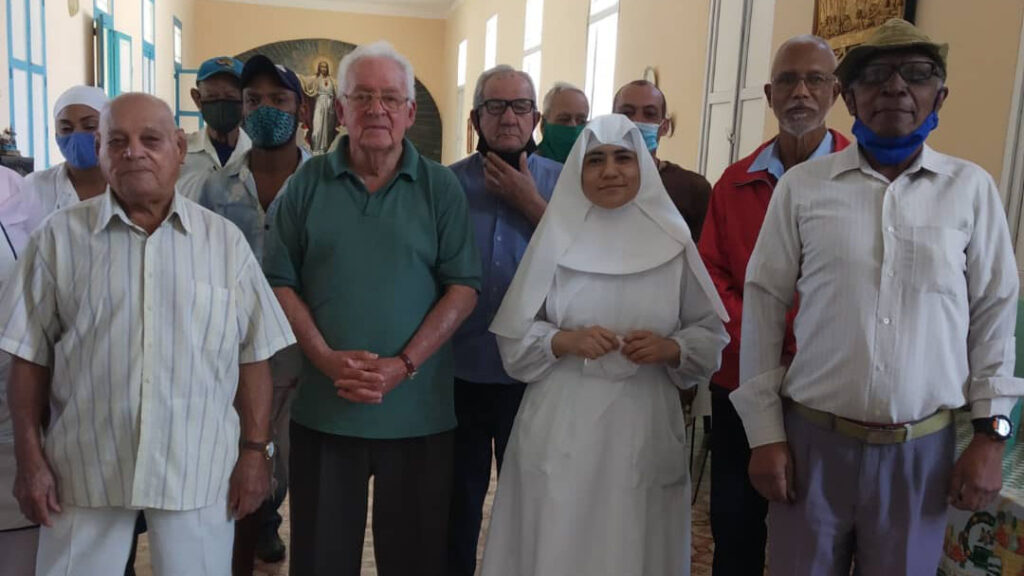 Recently, as a result of the economic downturn caused by the COVID-19 pandemic and compounded by the reintroduction of crippling U.S. sanctions, the availability of medicines and medical supplies on the island had been drastically impacted. While the Ministry of Health provides monthly allocations to all health facilities on the island, they have never been able to fill 100% of the formularies. The economic downturn further hampered the availability of a variety of items from antibiotics to psychotropic medications.

This change immediately impacted Hogar Santovenia and Hogar San Francisco de Paula. The various health conditions that their residents present with require an array of medical products to be onhand. Caring for them is an intensive and expensive process. The Sisters operate on a shoestring budget, planning carefully to try and provide the best possible continuity of care.

Both facilities also provide food, clothes, medicine, and any other support they can spare to hundreds of elderly people living in poverty in their neighborhoods. A lot of these people also spend their days at the facility in order to be part of a community and take advantage of the affirming care and attention provided by the Sisters.

Partnering to Save Lives 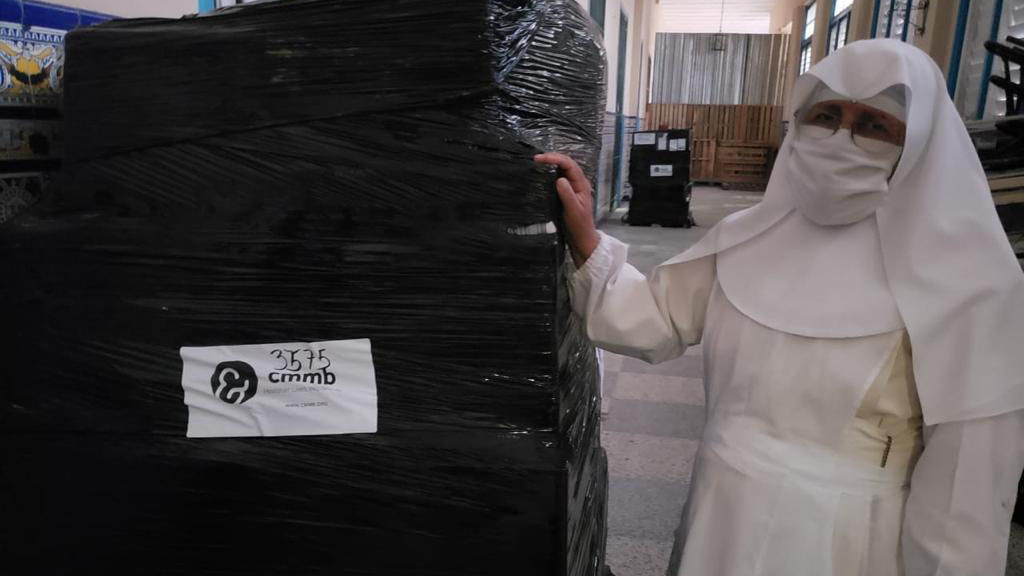 The members of St. Augustine Church had spoken in-depth with the Sisters about the challenges they were facing. In the initial discussions with CMMB, they expressed that it was crucial to get medical products to the facilities and that they were willing to provide all necessary support to ensure that it happened.

After a complicated process that included reviewing the application materials from the facilities, the regulations surrounding shipping to Cuba (both from the U.S. and Cuba sides), and potential supply lines, CMMB allocated a donation to support both. All the involved parties worked closely together throughout the shipping process and in early January 2022 the shipments arrived.

“For all the help given to the home, we are very grateful.”

The donations’ arrival luckily coincided with a very difficult period for Hogar San Francisco de Paula. At the end of January, 30 elderly women in the facility became infected with COVID-19. Given the advanced age of the residents, the Sisters were incredibly worried and immediately developed a plan to isolate and treat them.

The MDP shipment contained PPE that was crucial to ensuring that the Sisters and other residents of the home were protected from infection. The Sisters were able to utilize Heparin Sodium to decrease the chance of pulmonary thromboembolism, a dangerous side effect of COVID-19 that can occur in the elderly. Additionally, eight of the women developed pneumonia – which was treated with Albuterol from the donation.

Thanks in part to the timely arrival of this donation, none of the residents who contracted COVID-19 died. The Sisters continue to do everything they can to care for elderly patients in Havana. General Director of Hogar San Francisco de Paula, reflecting on the experience said “For all the help given to the home, we are very grateful.”