Sharing Our Gifts – Your Catholic Weekly Reflection from CMMB 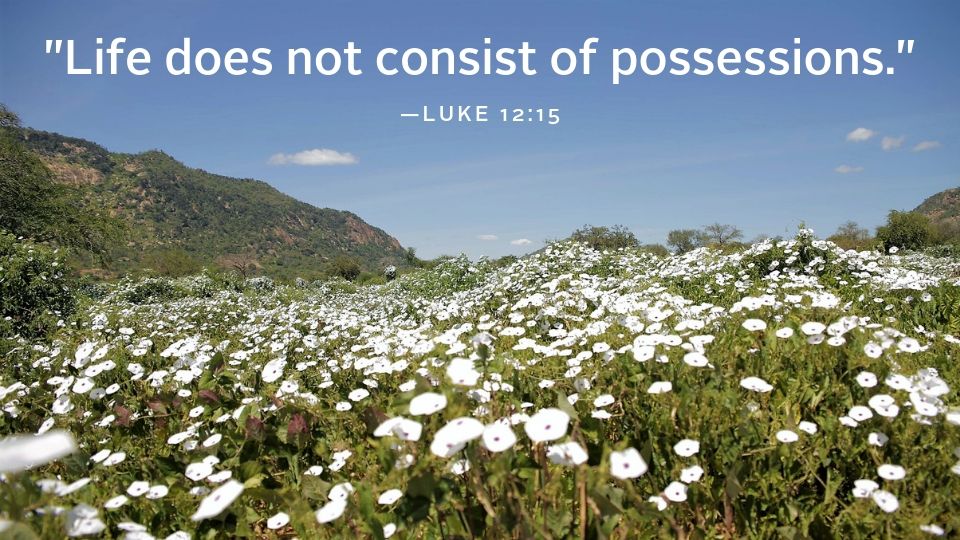 In this Sunday’s Gospel, Jesus reminds us that the goods of the world are intended to be shared by all. He tells the parable of the greedy, rich man whose lands yielded more crops than expected. His concern was how to store it all for himself, instead of sharing his excess with others. God responded by calling the man a fool and alerting him that his life would be taken away that very night. The rich man’s world was small, just him and his possessions. But what good were his possessions at the end of his life?

God wants us to know that life is not about accumulating things, it’s about sharing what we have with others. Sharing takes courage, faith, and willingness. These qualities are innate in international volunteers like Dr. James Peck.

Dr. Peck is a general surgeon and adjunct professor of surgery at Oregon Health and Science University. In January 2018, this 73-year-old husband, father, and surgeon traveled to the Nuba Mountains in Sudan where he filled in for Dr. Tom Catena, our longest serving medical volunteer. Replacing Dr. Tom was no small feat, but the remarkable Dr. Peck did it with dignity, grace, and compassion. 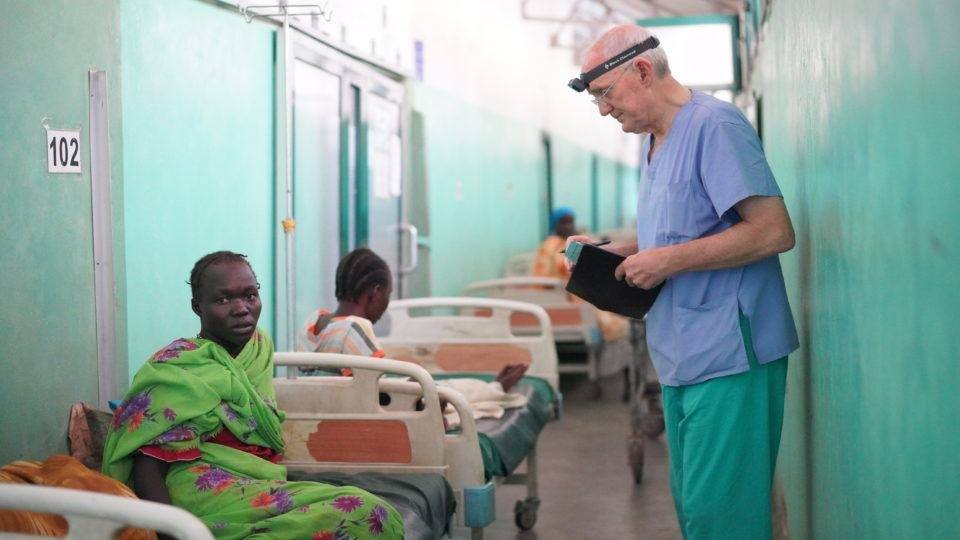 Dr. Jim Peck checking on patients at the Mother of Mercy Hospital.

The Mother of Mercy Hospital is the lone referral hospital in the Nuba Mountains and Dr. Tom is the only surgeon there. In December 2017, he found out he had to attend an important meeting in Nairobi early that January. There was little time to find another surgeon to take care of the many operations—both elective and emergency—that would take place in his absence. He reached out to Dr. Peck, whom he had never met but who had e-mailed him some years earlier offering his encouragement and perhaps some help should the need arise. Dr. Tom wrote to him asking if he was available and apologized for the short notice. To his surprise, Jim responded immediately that he was visiting family in Alaska but would check on flights and get back to him. The next morning, Dr. Peck wrote that yes, he could fill in and would be on his way soon. Jim said “no problem” as if he was just around the corner.

Dr. Tom was very impressed that Jim was willing to leave his family and travel to the other end of the earth to help them out, but then he never doubts the grace of God in his life.

Dr. Peck talked to us about what inspires him to do mission work.

“One of my role models was my Aunt Mavis. She spent some time working for Mother Teresa. She actually once walked with Mother Teresa from Los Angeles to Tijuana, Mexico for a fundraiser. She was a remarkable person. My father and mother unfortunately died very young, so Mavis became a huge influence in my life.

I remember I had just begun my surgical internships when my Aunt Mavis started asking me, “When are you going to start giving back?” I would say “Aunt Mavis, I’m working with indigent patients at a county hospital, I’ve got four kids and I need to get them educated. But once I get that done, I will start giving back”. And, just as I told my Aunt Mavis, when my last child was done with schooling, I went to Liberia in 2002 during their civil war.” —Dr. Peck 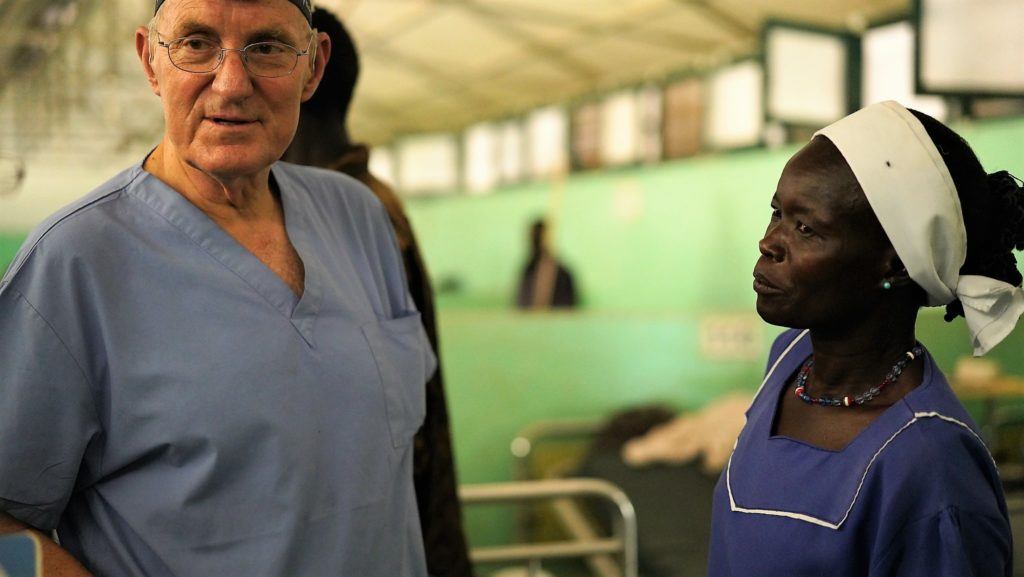 “This kind of work is probably the most gratifying thing I have ever done. But more importantly, there is such a great need for it around the world. There are so many people that would benefit from our skills and our training. And to me, I think it is really important at any stage in our careers, to give back when we have the opportunity to give back. Because the people you will serve need it, and they are very grateful for it.” —Dr. Peck 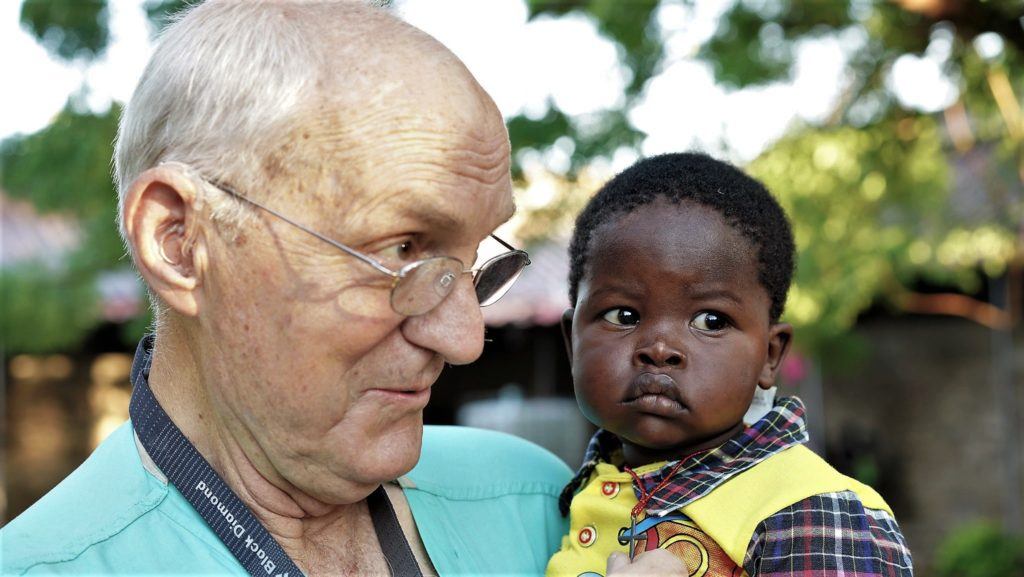 In June 2018, Jim was back in Nuba to take over for Dr. Tom. When he arrived it was midnight, and despite the jet lag and exhaustion of the long journey, Jim put on some scrubs and joined Dr. Tom in the OR. Jim will return to Nuba later this year.

God has given all of us unique gifts and abilities. These gifts are not only for our own benefit but for the common good. As Christians, we are meant to share them with those who need it. When we give, we always get back much more. As Saint Francis said, “It is by giving that we receive.”