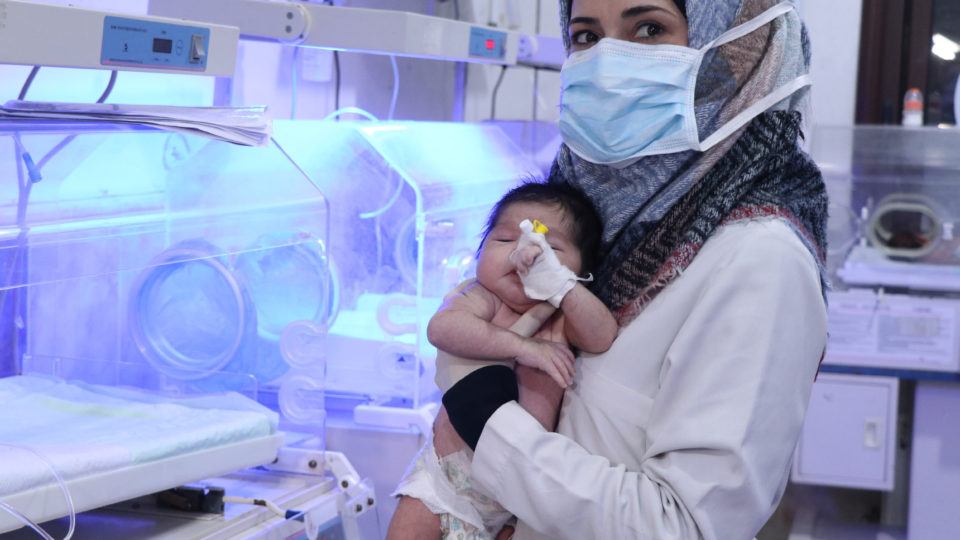 After ten years of brutal war, Syria remains one of the largest and most deadly humanitarian crises of our lifetime with an estimated 500,00 people killed and 6.1 million more internally displaced today.

Through our Medical Donations Program, CMMB responds to some of the worst humanitarian crises and natural disasters around the world. In 2020, CMMB distributed more than $420 million worth of medicines and medicals supplies to 52 health partners in 31 countries.

CMMB’s partners in Syria are among the largest relief recipients to support the decimated healthcare system.

The deliberate bombing of hospitals and killing of doctors has been one of the most brutal aspects of the war. Donated medicines and medical supplies help rebuild the capacity of hospitals and health facilities, allowing health workers to respond more effectively to patient needs and improve overall quality of care. 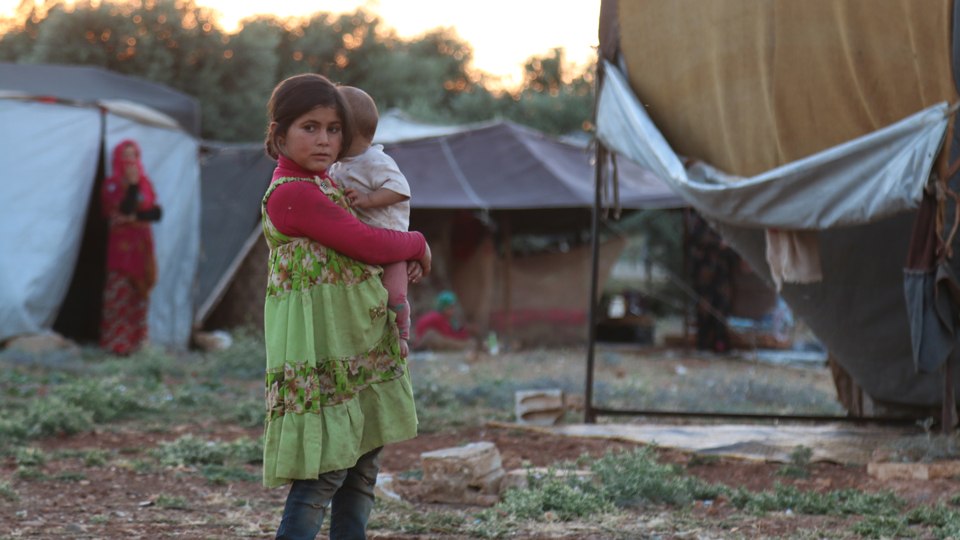 A young girl holding a baby in a displaced persons camp in northwest Syria.

Women and children living in internally displaced persons camps are the most at risk.

Forced to leave their belongings when fleeing their homes, these families face a persistent lack of basic needs, including access to clean water, food, and shelter. They have very limited or no access to basic health care. In response, our health partners in Syria have increased delivery of medical care for women and children in camps.

“We are trying to reach remote camps that do not have access to primary medical care to fill the shortage,” said a health worker from Orient for Human Relief, a Syrian health partner of CMMB. “We primarily target children, pregnant and breastfeeding women.”

During ten years of war, Syrian women have shown incredible resiliency in their ability to adapt and recover form the shocks and everyday challenges of armed conflict.

Syrian mothers have sustained their families and communities, fighting to keep their families together and alive. They experienced displacement not once but multiple times, forced to flee from continuous bombings.

“We went to a lot of camps, but no one was willing to receive us,” said one woman​ now settled in a camp established by Orient for Human Relief. “We keep moving from place to place—under shelling, bombardment, and war planes. It’s really horrible.”

“We keep moving from place to place—under shelling, bombardment, and war planes.”

In many cases, Syrian mothers have become the sole breadwinners overnight, after losing husbands and fathers to the conflict. This on top of their roles of caring for children and managing the household by themselves. Without support, the poor living conditions and limited access to healthcare make it increasingly difficult for Syrian families living in displacement to survive.