Syria In Crisis: Our Medical Donations Reach the Most In Need 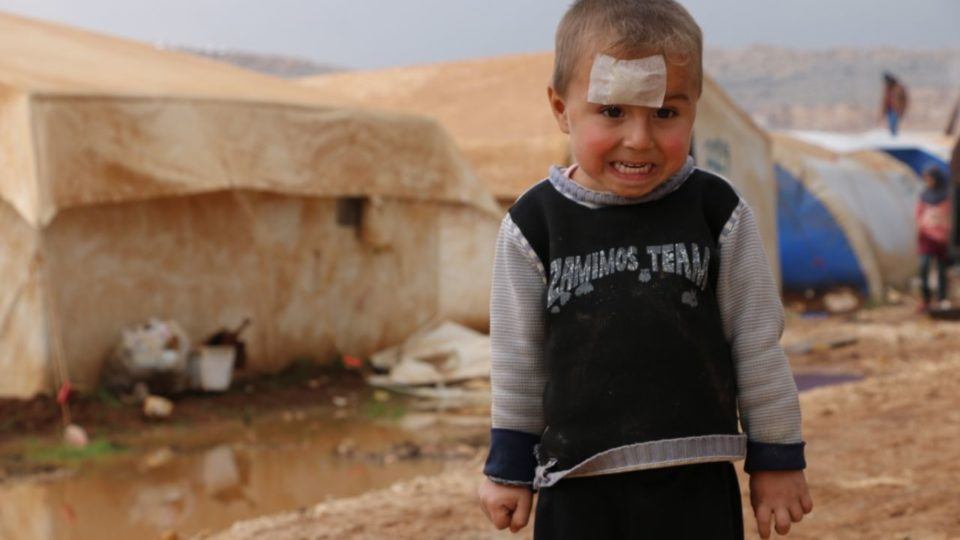 1 million people have been displaced in Northwest Syria since April 2019.

This is an impossibly large number to comprehend, but there are some reference points that can provide some scope. From 2012 to 2016, the Battle for Aleppo captured the world’s attention as civilians were targeted and infrastructure was destroyed. This battle displaced 100,000 people. 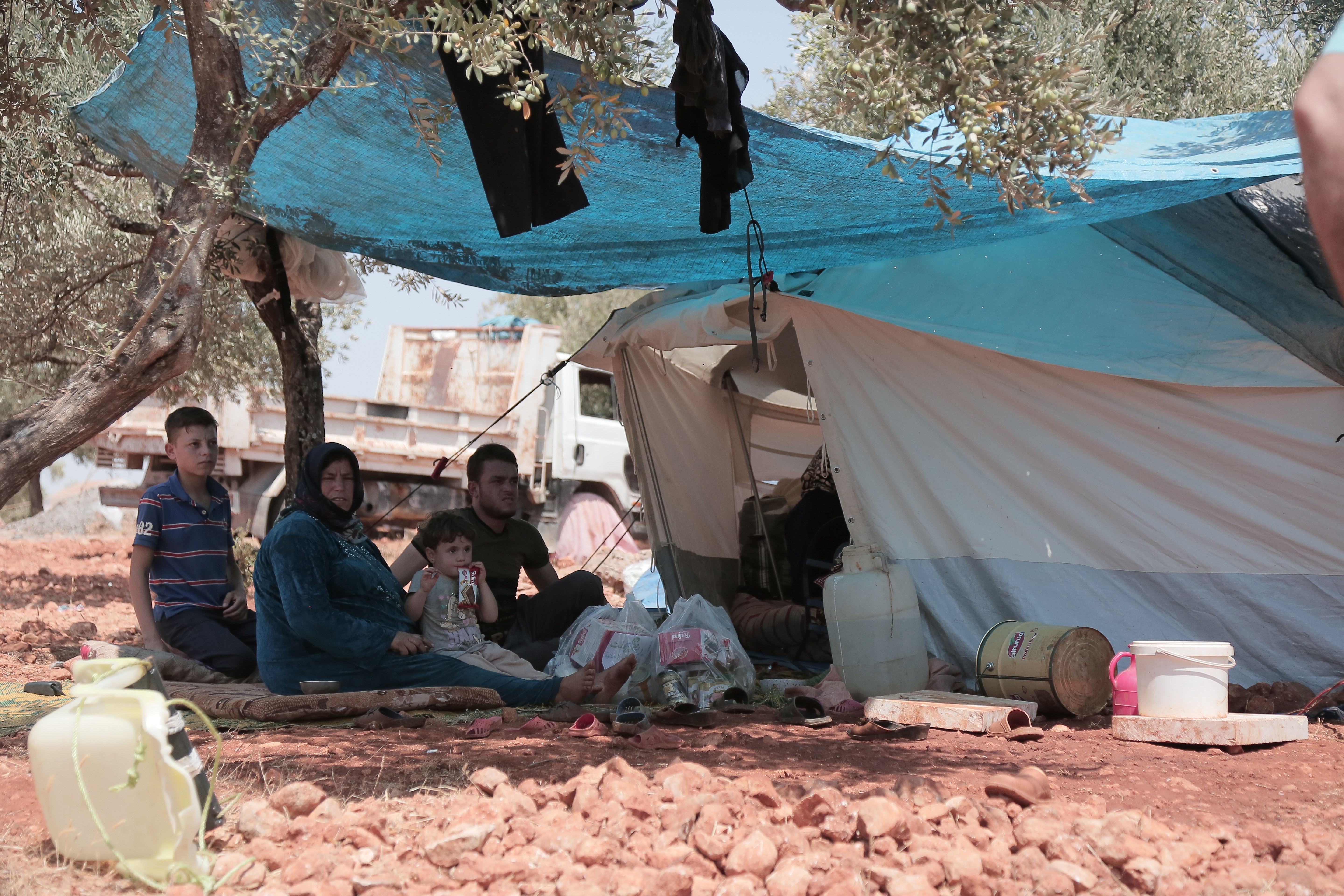 A family’s tent home in an IDP camp in Syria

The Syrian Civil War is about to enter its ninth year and the conditions on the ground continue to deteriorate. With the Regime cementing its control over most of the country, the focus of the conflict has shifted to the Northwest, one of the final contested regions. As the violence in this area has intensified, its presence in headlines around the world has paradoxically dwindled.

CMMB continues to support groups working on the ground with regular donations of medicine and medical supplies. In 2019 alone, we sent over $10 million worth of donations to North Western Syria.

Our Eyes on the Ground

This past week, some of our staff had the opportunity, through the coordination of our partner the Multifaith Alliance for Syrian Refugees to set up a call with the Orient for Human Relief Organization, who is responsible for distributing these medical donations at the last mile. Ahmed Mustafa is the Director of the Aya Charitable Pharmacy in Idlib. This pharmacy is the only stand-alone facility distributing medicines and medical supplies for free in the whole of the city. They employ two full time Pharmacists and two full time Pharmacy Assistants. Dr. Anas Said Isaa is the Head of Operations for Orient and coordinates all aspects of intervention work from Rehanli, a town just over the Syrian border in Turkey.

Since April of this year, the situation has been dire. The Assad Regime picked up air attacks on towns surrounding Idlib. This destruction of housing, water & sanitation infrastructure, and medical facilities has caused massive numbers of internally displaced persons (IDPs) to flee towards Idlib. In this period alone, fifteen health facilities have been bombed and rendered useless, forcing Syrians to relocate in search of medical care.

The IDP camps set up in Idlib and surrounding areas are stretched to the limits. NGOs operating them report having only 30% of the resources and funds necessary to support a group of that size. The violence and resultant movements don’t stop.

Access to medicine is incredibly difficult for these IDPs. The Aya Charitable Pharmacy is their only option to acquire medicine and over-the-counter products they need. Otherwise, patients can look to purchase the medicines, which frequently cost up to 50% of the average monthly salary in Syria. Some even try to cross the border into Turkey to obtain medicines, but this process is treacherous, and they are frequently turned away. Sadly, the only option for most is to go without medicine, focusing instead on finding food and shelter for themselves and their families. 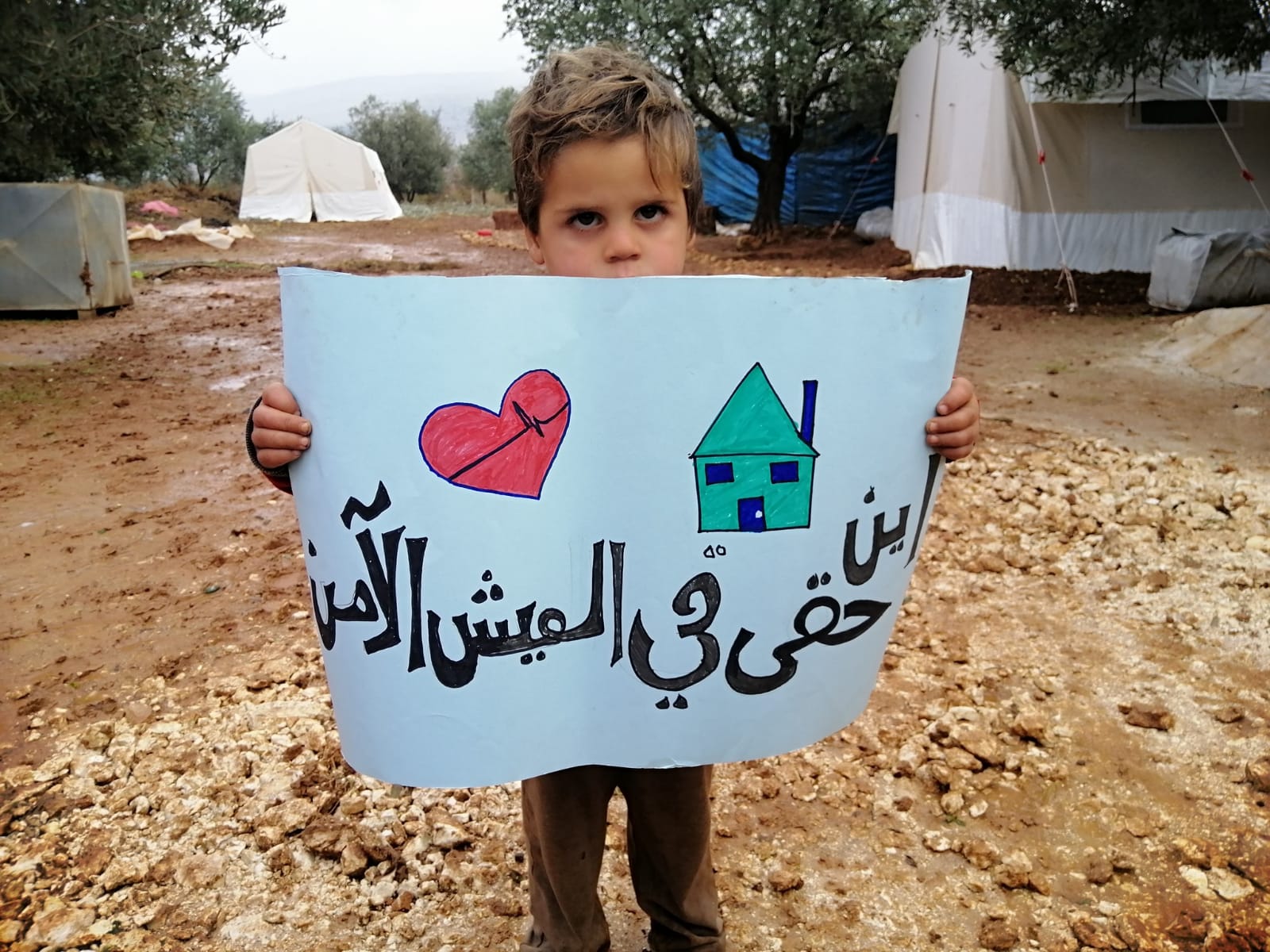 His sign reads: “Where is my right to live safely?”

Our Impact in Syria

Orient makes great efforts to try and increase access for these victims. Orient and their 18 partner NGO’s send staff and medical products to support mobile clinics every day in 25 different sites throughout the IDP camps in the surrounding towns. In addition to passing out medicines for chronic disease, these mobile clinics try to provide nutritional supplements to children and mothers, as well as prenatal vitamins to pregnant women. CMMB and the Multifaith Alliance for Syrian Refugees are working to provide continuous support for these operations.

Many of the medical NGOs who had previously been operating in the area have fled Southern Idlib due to the increase in bombing. Therefore, the caseload that Orient and its partners who stayed face is immense. The injuries from bombings are gruesome, including burns and fractured bones, which they have little capacity to properly treat. Additionally, they are trying to provide continuous medicines for chronic diseases such as diabetes, hypertension, and cancer. Due to shortages in affordable medicine, they have had to amputate limbs, and try to find dialysis options for patients whose kidneys begin to shut down. 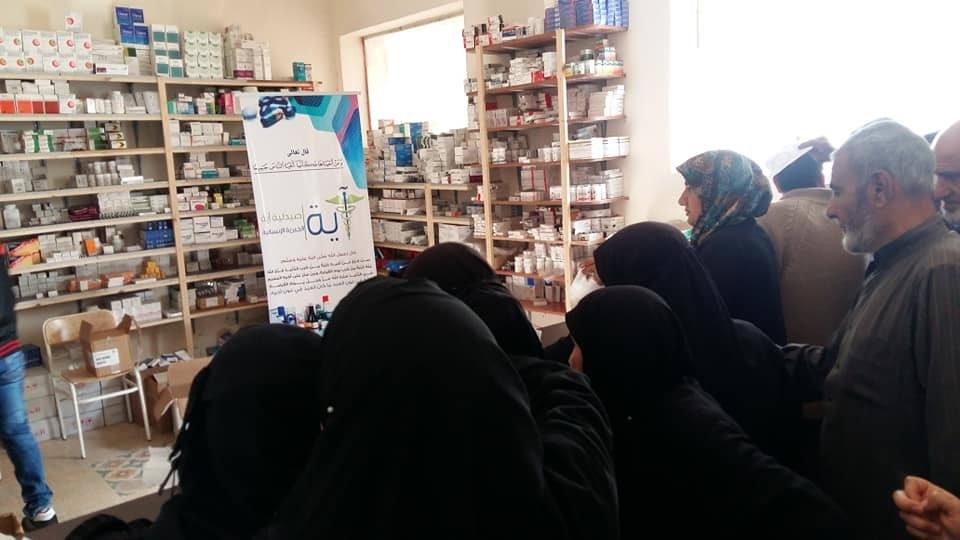 It is difficult to list all the facets of life that are affected for these people. Dr. Anas told CMMB that even reading glasses included in one MDP donation had made a massive difference. Unable to find time or money to purchase reading glasses for themselves, many IDPs had simply stopped reading. These pairs of glasses, worth maybe $5 in a US drug store gave them the chance to read again.

One patient in particular that stuck in their memories had come to a camp near the Turkish border. He suffers from cancer and needed to find two medications, one costing $100, and one that is $250. When he was given these medicines for free, he began to cry. Without this donation, he would have died. Ahmed Mustafa was unequivocal about this impact, saying “without the donations coming in, these people would pass away and die in silence.”

“Without the donations coming in, these people would pass away and die in silence.” – Ahmed Mustafa

With winter bearing down on these camps, the situation promises to get worse. Children are living under the branches of olive trees. With no other option for warmth, some families began burning trash in their homes. This has caused outbreaks of Hepatitis C, which was formerly treated by the UN, but they have been forced to suspend this program.

The staff of Orient is working tirelessly to respond with crisis. They told us, however that support for them and their partners continues to decrease, down 90% from what they had only a year ago. Without some kind of change, these people are in severe danger. 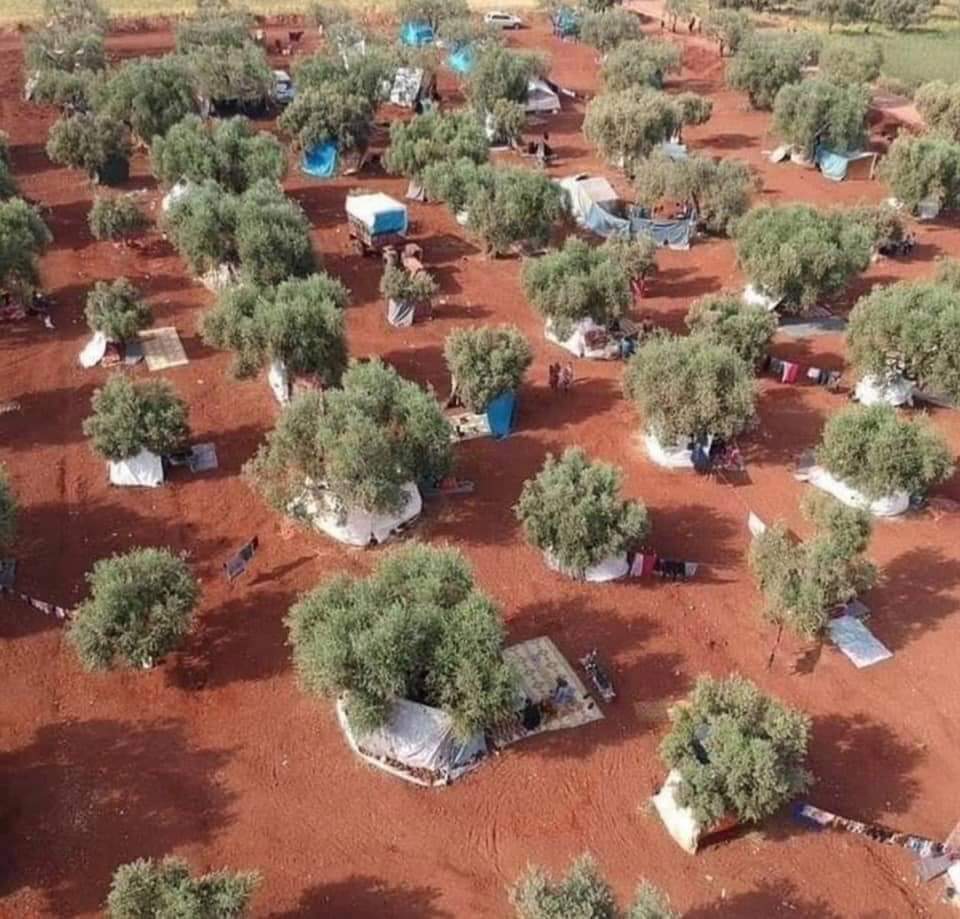 People are sleeping under olive trees like ones pictured here

We are honored to work with partners like, Orient who ensure our medicine and medical supplies go where they are truly needed most. As the situation in Syria continues to deteriorate, we stand with the women, children, and communities affected by this worsening humanitarian crisis.