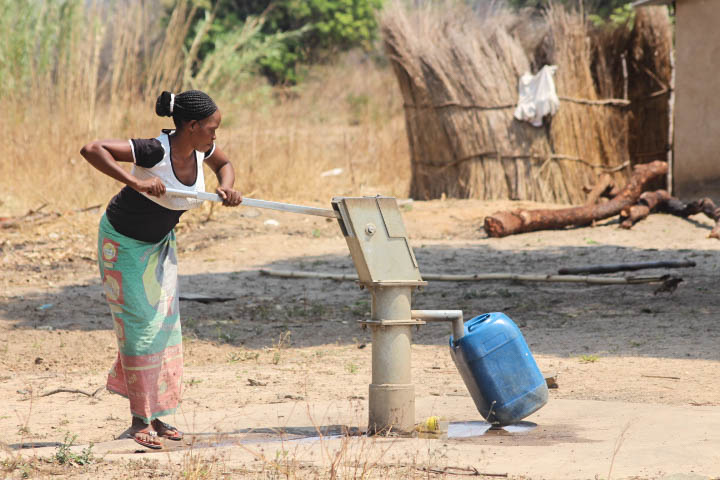 Veronica Makiko is a mother of three children—two sons and a daughter. They live in Mushonto Village, in Western Province, Zambia.

An estimated 81 percent of the population in the district where Veronica lives does not have access to safe water. Every morning, Veronica and her children used to wake up at 5:00 am and walk more than two kilometers, which took about three hours, to reach the nearest stream to fetch water for the family. Cattle and goats also use the stream to drink and bathe, and the water is highly contaminated.

Veronica recalls when she had to walk far, carrying 20 liters of water—while she was pregnant.

“It was very hard. I worried about what would happen if there was a problem with my pregnancy or if I went into labor.” 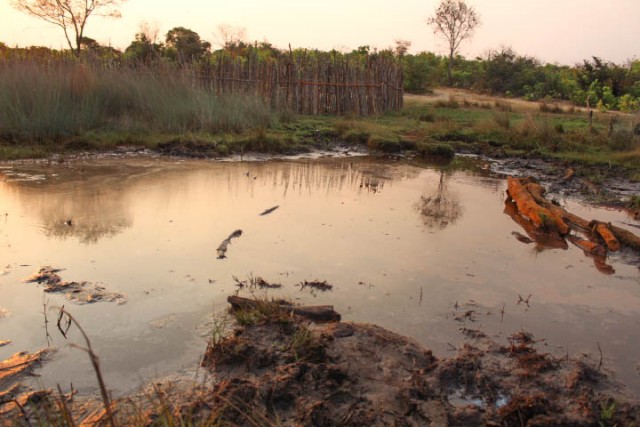 Water contributes to health and education

Veronica’s children were frequently ill. She says, “Sharing drinking water with animals made my children sick with diarrhea. But we had no choice. We did it to survive.”

In fact, children in Mushonto Village were often admitted to the nearest hospital because they were so ill from waterborne diseases. In such cases, the entire household suffers. A mother must stay by the bedside of her sick child in the hospital, which means she cannot tend her crops, she cannot go to the market to earn income, and she cannot take care of her other children or the household.

The lack of a nearby water source in Veronica’s community also deprived children of the opportunity to attend school full time. Veronica says, “My sons used to help me. The younger one carried dishes for me to wash, while the older one and I carried water to use at home.” She continues, “My sons were often late for school because after they came back from carrying water, they had to walk for another two hours to get to their schools. Sometimes, they missed school because they would arrive home very late from getting water.”

In 2013, CMMB drilled a borehole in Mushonto Village, providing safe, clean water to more than 14,000 people. Subsequently, CMMB drilled six other boreholes for local communities in two other districts in Western Province—Kaoma and Laumpa. 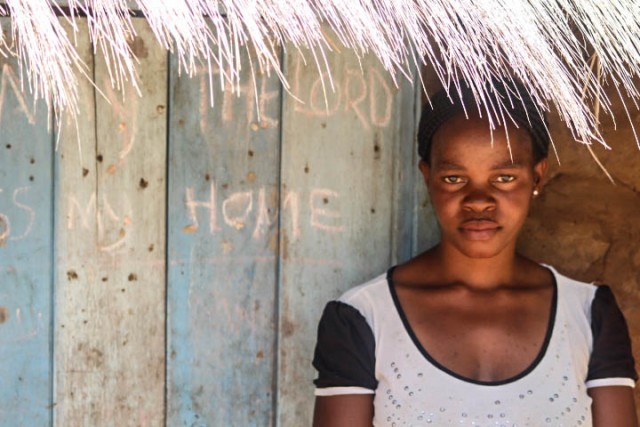 Webby Mulubisha, the Mushonto Village Sub-Chief, shares that the community’s quality of life has improved tremendously since the borehole was drilled. “The number of recorded diarrheal cases or waterborne infections has dropped significantly, supported with reports I received from the health facility,” says Mr. Mulubisha.

He continues, “Since we have a clean water supply in the vicinity, families now have more time to spend together. Our children in the community can now afford to take baths and attend school on time. We no longer share our water with animals. Households now have enough clean water to cook, bathe, drink, and wash clothes: all these are great improvement in hygiene and sanitation.”

Veronica’s family is one of those that has benefitted greatly. “I’m so glad those stories are from the past,” Veronica says. “Today, I just walk to the corner of my house to get clean water for my family.”

Get involved in our movement.