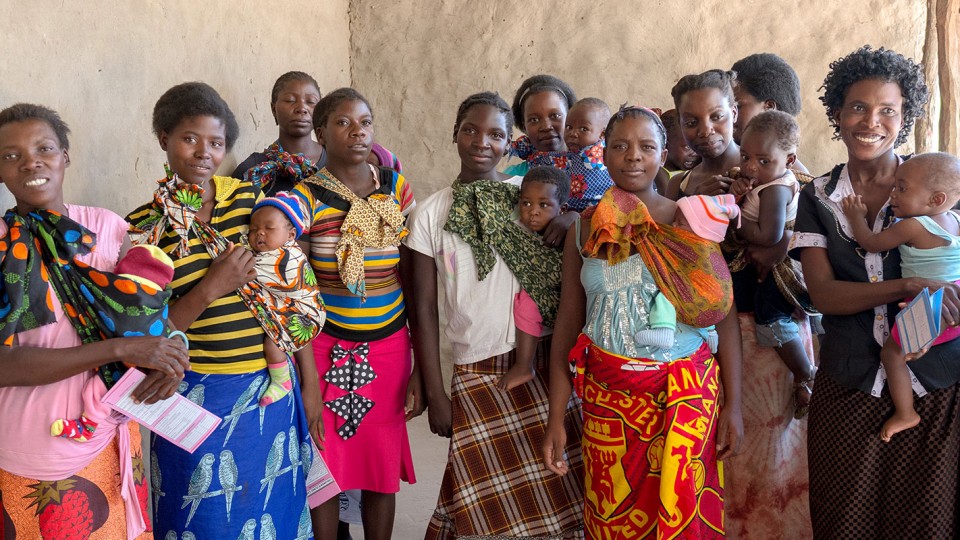 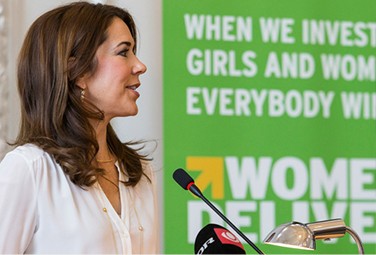 Crown Princess Mary of Denmark was among the world leaders and activists who attended the fourth annual Women Deliver conference.

Women Deliver, the world’s largest conference on the health and rights of women and girls, took on a focus of global change and how that change must empower people without gender bias. And days after participants cultivated expertise from people around the world, conference speakers said the real change lies in making what was discussed a reality.

“Girls and women have such an untapped potential,” said Katja Iversen, CEO of Women Deliver. “Investing in them is not only the right thing to do, it’s the sound thing to do.”

The conference was a rare opportunity where people from diverse backgrounds and experiences all came together to focus on sustainable development, said Crown Princess Mary of Denmark. Princess Mary spoke in Copenhagen, where the conference was held and attracted more than 5,000 business and political leaders, activists and academics from more than 150 countries.

Everyone has a unique story and journey that brought them to the conference, she said in opening statements, but their conviction to achieve transformative change will be what unites them.

“For me the start of my journey, now 7 years ago, were the words, ‘when a women gets pregnant in my country, she has one foot in the grave,” Crown Princess Mary said. An obstetrician had told her of the dire health situations women face in Chad.

She was saddened and angered to learn that every minute a woman dies during childbirth or pregnancy, she said. Maternal mortality is one of multiple unjust symptoms of inequality, she said, but the global community must work to make promises for development into a reality.

“When a women gets pregnant in my country, she has one foot in the grave,” Crown Princess Mary of Denmark said an obstetrician from Chad had told her.

The princess was one of many speakers who would address disparities in women’s health, finances, education and overall well-being.  But the real challenge lies in implementing change, speakers said.

Now comes the time where attendants, and people around the world must work together to help build a global community that empowers all citizens. In order to obtain this goal, speakers said, we must work towards sustainable development with respect to gender equality and improved health and nutrition for women and girls.

The strength in the conference, speakers said, would be in piecing together the attendees’ narratives from different societies and cultures, and utilizing people of various experiences and knowledge to develop solutions. 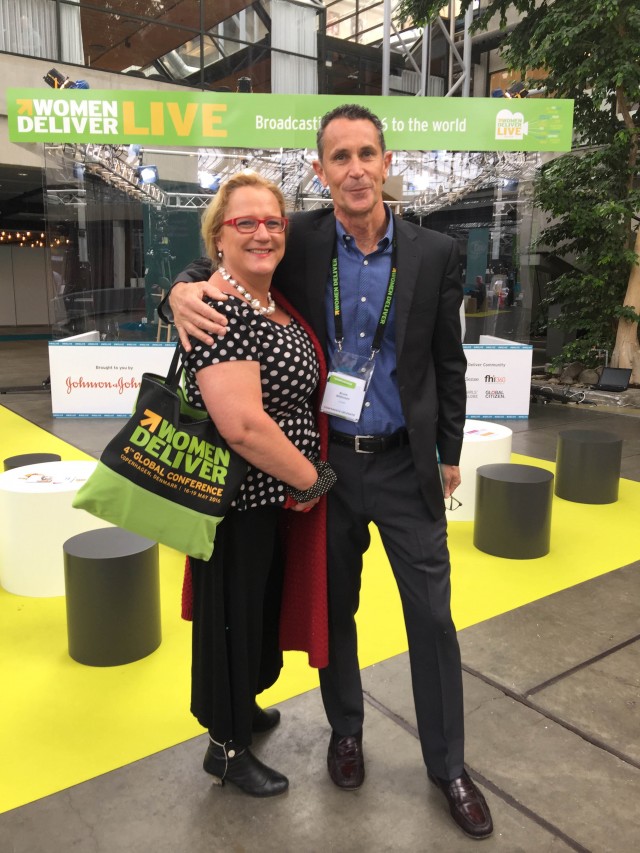 Bruce Wilkinson, CEO of CMMB, met with strategic partners and Katja Iversen, CEO of Women Deliver, while at their fourth annual international conference.

As a global health organization, CMMB plays a critical role in the global agenda to end poverty, fight inequality and injustice, and tackle climate change by 2030. The mission echoes initiatives addressed at Women Deliver, and the strategy is part of CMMB’s $500 million commitment to the UN’s Sustainable Development Goals (SDGs).

To reach the most vulnerable populations, especially women and children, organizations must rely on evidence-based strategies, partnerships and unwavering dedication, Wilkinson said.

Wilkinson met with partners from the medical supply company BD, an ally of 10 years that helped their employees volunteer around the world with CMMB. More than 350 BD employees applied for 10 available positions in the Walking the Talk program, dedicated to assisting vulnerable communities in HIV/AIDS prevention and treatment.

Ariel Francisco, CMMB country director in Peru, joined Wilkinson in Copenhagen where the two met with Lacey Ahern, associate director of global health training at The University of Notre Dame. The university has served as a close partner helping students serve around the world at our sites, focused on improving the well-being of women and children.

View All Stories
January 18, 2022
“It’s Not About Numbers, It’s About Real Individuals” – Monitoring and Evaluation Officer Shares Insights
Read More
January 11, 2022
We Can’t Fight the Next Pandemic with Handouts and Charity to Poor Nations
Read More
January 6, 2022
CMMB x Hunter Event: Where Do We Go From Here? Vaccines and Post-Pandemic Life
Read More
January 22, 2022
The Pillars of Our Faith — Your Weekly Reflection from CMMB
Read More
View All Stories
This site uses cookies to offer you a better browsing experience. Read our privacy policy.
ACCEPT