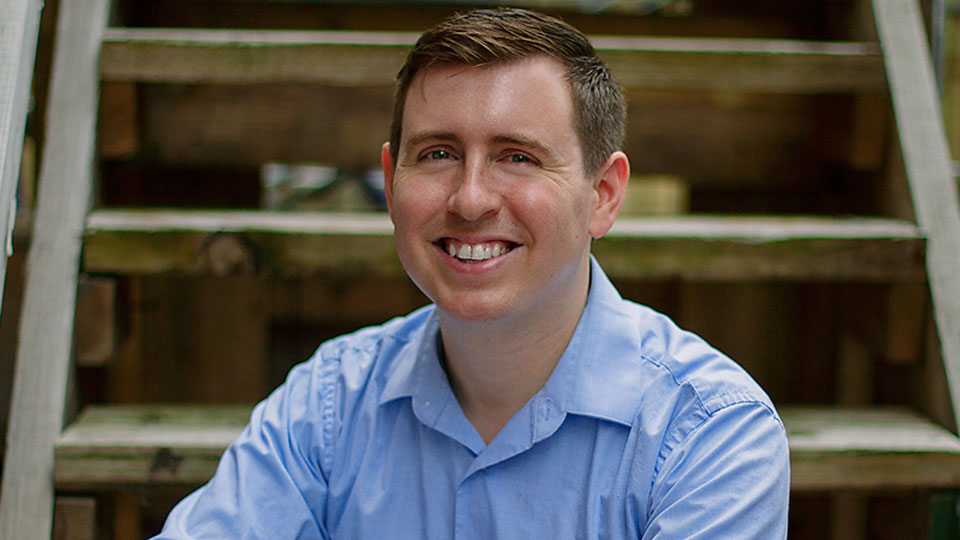 A midwesterner at heart, Chris moved to NYC in 2007. He has worked at CMMB for over 6 years in a variety of roles in strategy and operations. Before that, Chris worked as a private sector consultant, conducted research with the International Center for Cooperation and Conflict Resolution, and did some work with the Child Guidance Center. Chris likes to volunteer in NYC and lives in Brooklyn with his wife Katherine and their cat, Juniper.

If you were asked to sum yourself up in two words, which two would you choose? good dude

Share an interesting fact about you that few people know about. I did a one-man show for my senior theater project. It’s only slightly embarrassing thinking back on it.

What are you most proud of? (Hopefully, most of the time) being a good friend, husband, brother, son, and colleague.

Imagine you are stuck in an elevator. Who would you most like to be stuck with? And why? Jim Henson. His creativity and imagination would probably take my mind off being stuck.

Jim Henson, creator of the muppets, with Kermit the Frog

You are featured in the NY Times. What’s the headline? How come we haven’t heard of this guy before?

Imagine a song played every time you walked into a room. What would yours be? It would be really distracting to have a song play every time I entered a room, I’d probably always lose my train of thought.

If you were an animal, which animal would you be and why? An orangutan. I just think they’re cool.

Imagine they made a movie about your life. Which actor would play you? Mike Birbiglia

What is your favorite quote? I can’t say it’s my absolute favorite, but I always tend to remember this one: “The whole problem with the world is that fools and fanatics are so certain of themselves, but wiser people are so full of doubt.” (Bertrand Russell)

What are your hopes for the future? To get there.

One of your favorites speeches ever given. David Foster Wallace’s “This is Water”

If you could solve one world problem, which would it be? I feel like this is a beauty pageant question and I should say “world peace.”

I hope that we can take care of our planet well enough and figure out how we can all get along long enough so that we can go explore the universe thousands (millions?) of years from now.

What are the three things you are most grateful for? Family & friends, the outdoors and Husker football.

Who has been the biggest inspiration in your life? Why? My wife, Katherine. She keeps me inspired, grounded and motivated every day.

What would you like your last words to be? Oops. Ha, kidding. I don’t know. Hopefully, I’ll have said everything I needed to say by then.

Learn more about our career and volunteer opportunities with CMMB.