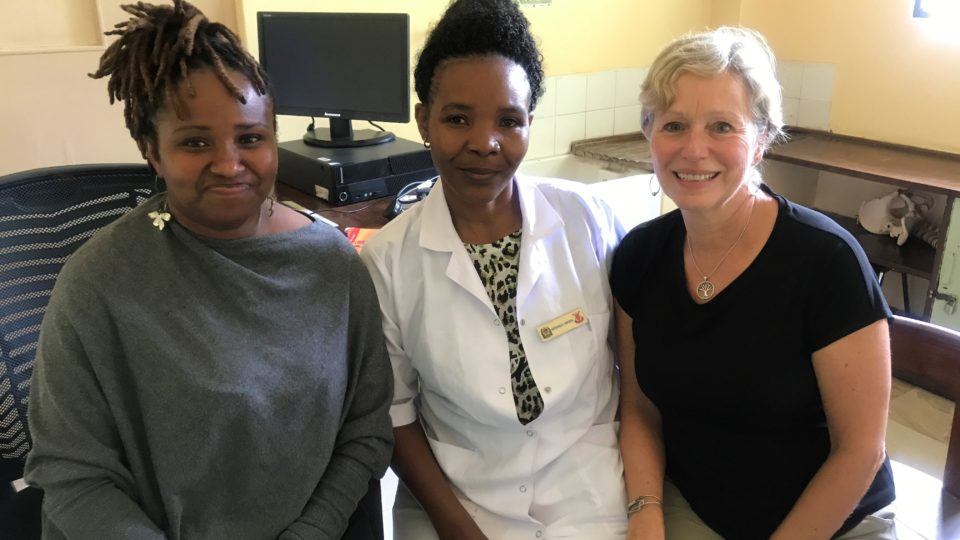 Today is World Mental Health Day. In this piece, we explore the work of our Medical Donations Program partner, Massachusetts General Hospital, in Tanzania. Their work focuses on people who have had Ischemic stroke and suffer from depression as a result.

There is a growing epidemic of stroke in Sub-Saharan Africa. It is currently the second leading cause of death and disability in the region—and globally, accounts for more deaths than HIV/AIDS, malaria, and tuberculosis combined.

Ischemic stroke takes place when a blocked artery closes off blood going to the brain. This leads to the damage or death of brain cells. Research indicates that ischemic stroke doubles a patient’s risk of developing dementia, a condition which itself is growing globally. In Africa, dementia is projected to increase 234% between 2001 and 2040. When compared to Europe and the US, stroke patients in Sub-Saharan Africa are younger, and more are HIV-positive. They tend to be poorer, and therefore possessing of fewer resources for their recovery. 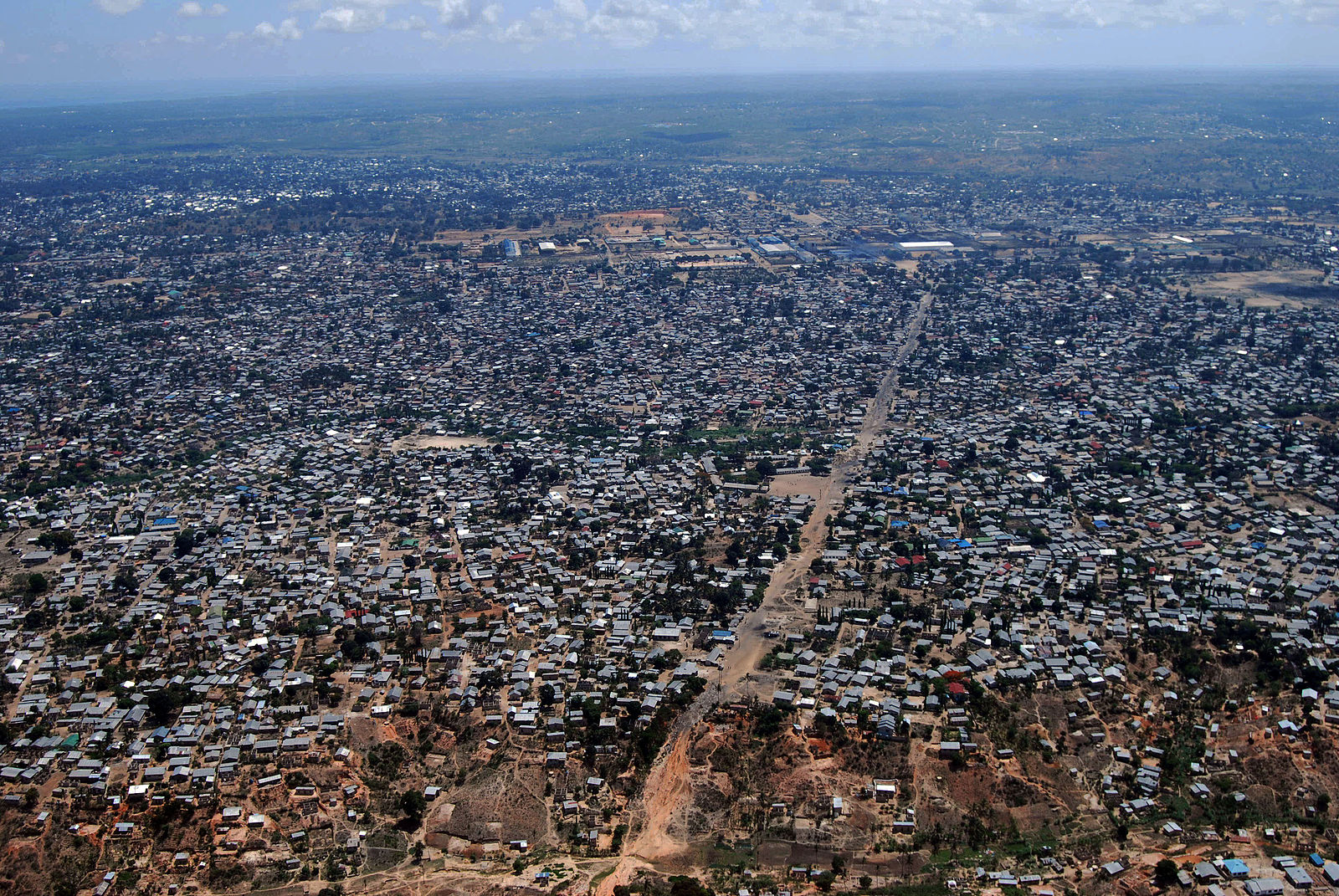 Tanzania is one country that has received recent attention in the field of ischemic stroke research. Its largest national referral facility, the Muhimbili National Hospital (MNH) in Dar es Salaam, has the most advanced neurological care in the nation. Due to this experience, MNH is a partner in academic studies focusing on the effects of ischemic stroke in developing countries in Sub-Saharan Africa. 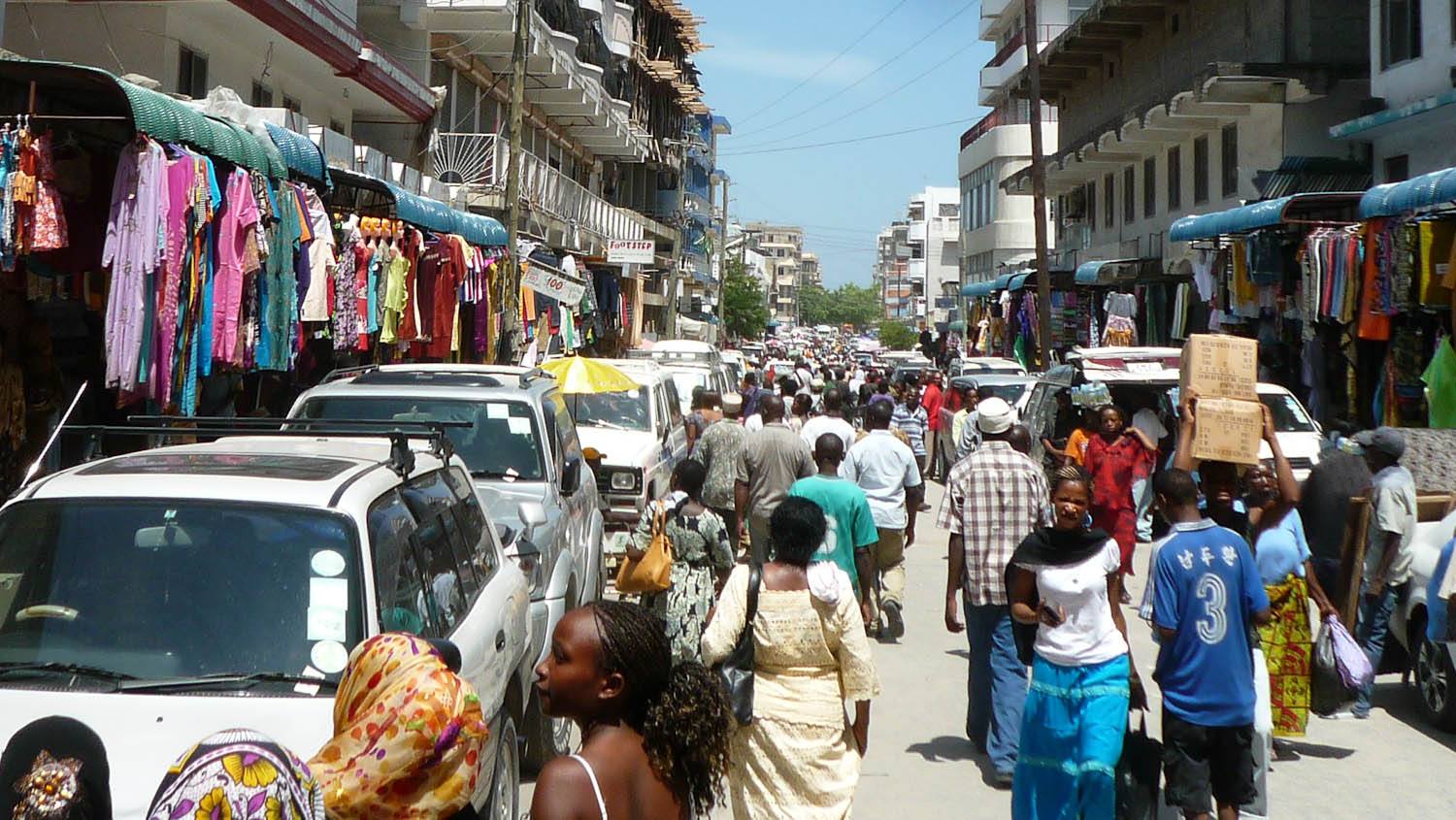 Studies looking at the stroke patients at MNH have had a few startling takeaways. First, in the 90 days following hospitalization for ischemic stroke, an average of 50% of the patients die. Second, discharged stroke patients suffer extremely high rates of depression.

Massachusetts General’s Global Neurology Research Group (referred to as Mass General through the remainder) is a branch of the Neurology Department which works to “to find solutions to improve the quality of neurological care in low- and middle-income countries.” The CMMB Medical Donations Program’s prior work with them supported their epilepsy project in Guinea.

In Tanzania, the Mass General team proposed to try to tackle both the alarmingly high mortality rate and the prevalence of depression following discharge from MNH. They designed a program entitled “Measuring Ambulation, Motor, and Behavioral Outcomes with Post-Stroke Fluoxetine”. They called the study MAMBO for short, which is also a common phrase that Tanzanians use to greet each other.

This study replicated two major ones conducted in Europe to test the effectiveness of fluoxetine following ischemic stroke. The Mass General staff wanted to understand its application in a low-resource setting. Because fluoxetine is on the World Health Organization’s list of essential medicines, a successful outcome would be easier to integrate into existing health systems. Their goal was to understand the safety and tolerability of fluoxetine following ischemic stroke in adults who had a new stroke within the past 14 days.

CMMB and Mass General had already been working together to support their epilepsy project in Guinea. Shortly after receiving a donation of the antiseizure medication, levetiracetam, they reached out to provide details on their Tanzania stroke project. The MDP team worked to apply for and quickly obtain a donation of fluoxetine from long time donor Mylan in time for the team’s imminent departure date.

The Mass General team travelled to Tanzania at the end of November to train the MNH staff on the plan for the program as well as best practices for data collection and confidentiality. While the data related to the 90-day observation period will become available when the academic study is published, the Mass General team returned with some moving stories about the patients that they saw at MNH. All patient names and images are protected per Mass General policy.

The patients we saw in Dar es Salaam, Tanzania, were invariably extremely sick. Patients who come to Muhimbili National Hospital, the only tertiary, public, referral hospital in the country, are there because they can access neurologists and a neurology inpatient ward. They are often poor, unable to afford premium private care, and are covered by public insurance. These patients have a great need for safe high-quality medicines. 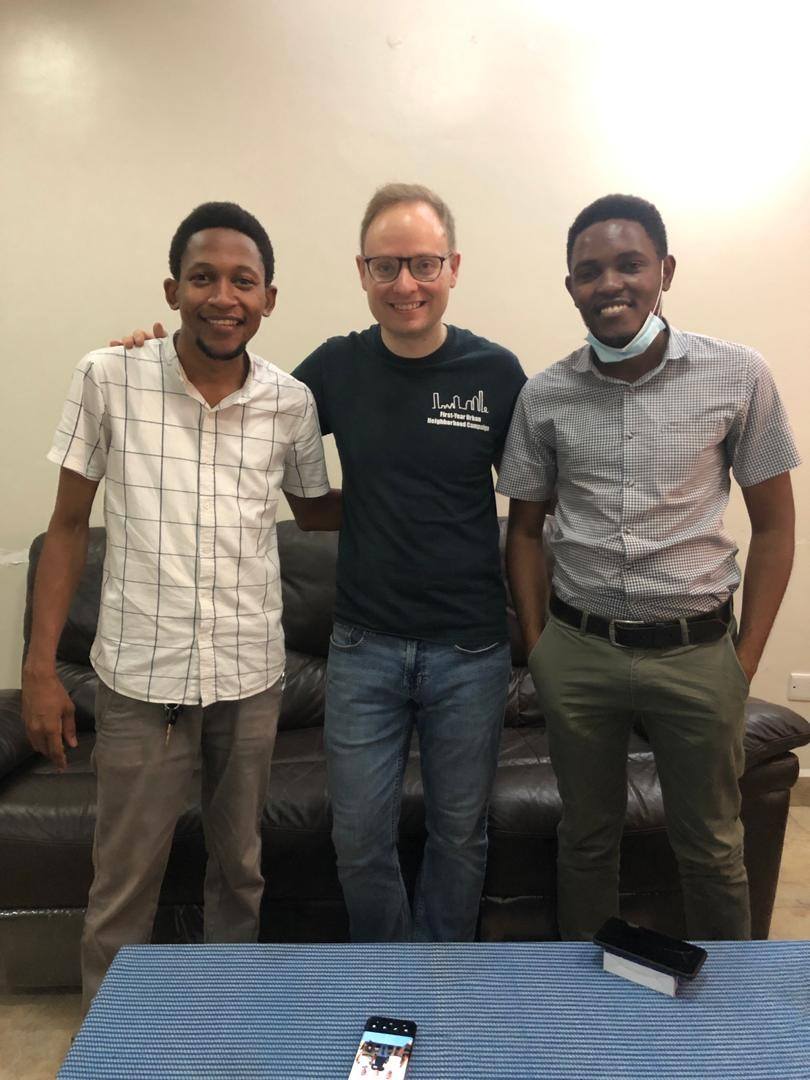 I remember one patient in particular who had traveled over 400km to be seen at Muhimbili. He had experienced a stroke several days prior and had chosen to spend significant money and time to come to Dar es Salaam.

When we saw him, he was upright in his hospital bed, wearing a bright pink T-shirt and a peaceful expression as he napped. The ward was overcrowded and required us to navigate carefully between beds as we made our way to him. Finally reaching his side, he awoke and explained his story: this was his second stroke, upon noticing symptoms he’d immediately made plans to travel to Dar es Salaam. Although he was not eligible for our safety study, given his home being very far from Dar es Salaam, he endorsed depressive symptoms. Fluoxetine is often prescribed for post-stroke depression. The doctors at Muhimbili reported that he seemed glad, on discharge, to have received his medications free of charge.

Antidepressants such as fluoxetine take time to see effects and are best given in combination with appropriate psychosocial supports and ruling out of competing causes of depression such as low thyroid function. For this reason, it is crucial that donations are made as a part of a program that includes set goals for patient outcome and methods of ensuring a consistent supply of the drug. 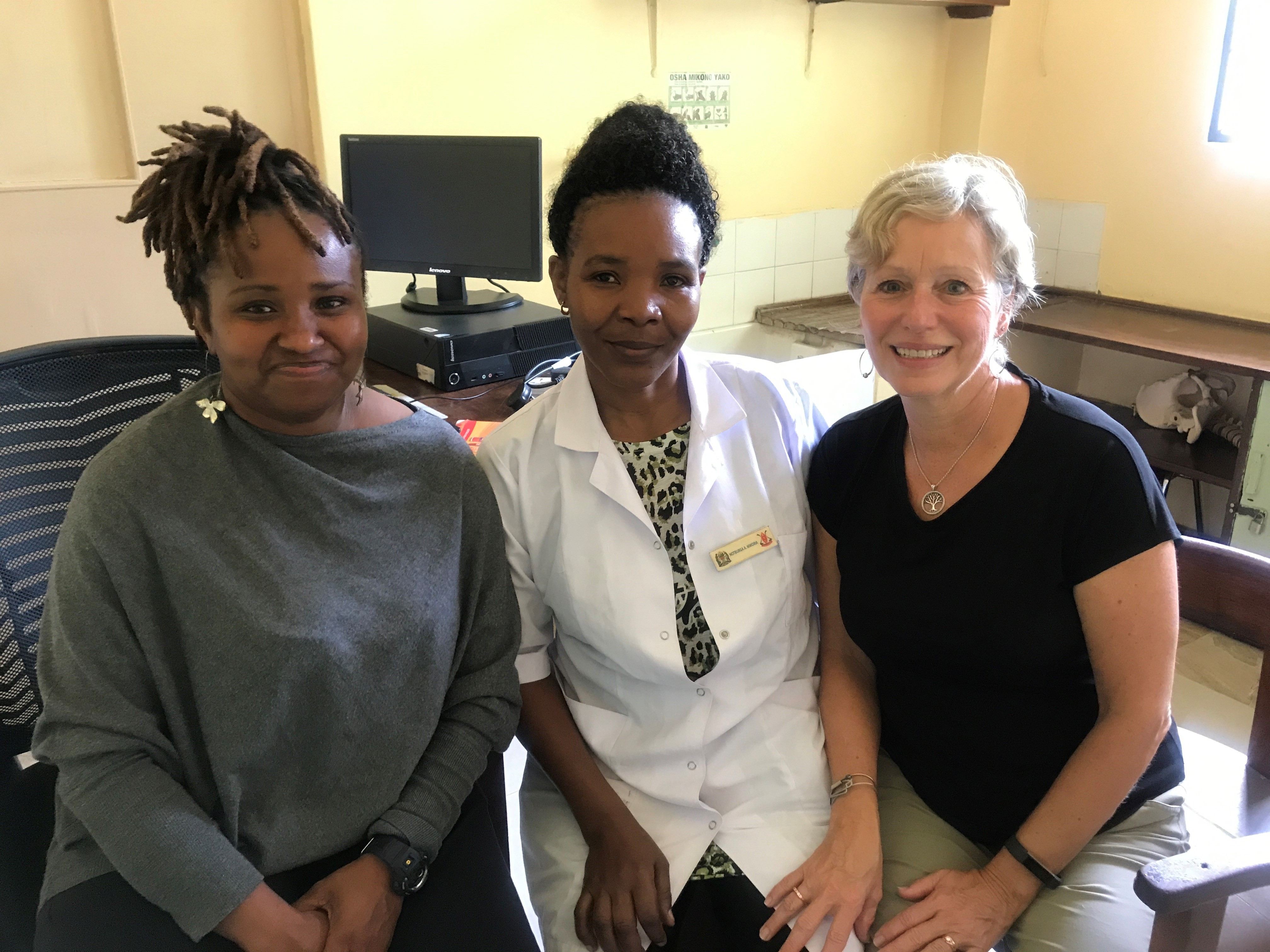 CMMB is honored to work with Mass General as they endeavor to not only help stroke patients in Sub-Saharan Africa today, but build a foundation to effectively treat them in the years to come.