DREAMS in Kenya: Suffering is a Passing Cloud 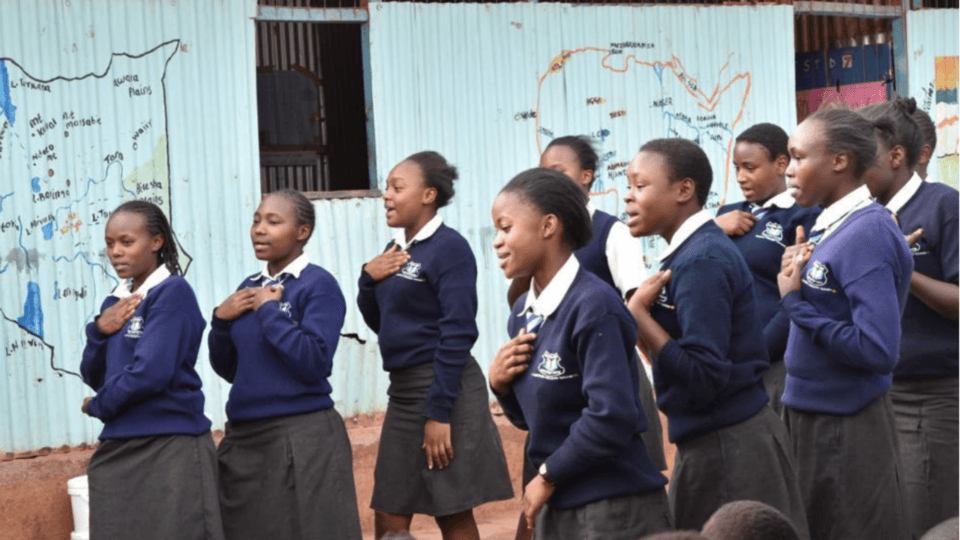 Around the world, more than 130 million girls cannot attend school due to threats like poverty, war, and gender discrimination. CMMB’s work with the DREAMS  —  Tusaidie Wasichana Waelmike (TWW) program is supporting girls and their right to go to school. The story below is about a young girl who found DREAMS when she thought all hope was lost.

My name is Specioza, I am 17 years old. I lost my mother when I was only 14 and my dad died two years later. They died at the peak of my adolescence. Reality hit hard when I had to drop out of school because I had no one to pay my school fees.

My priorities in life also shifted. With no one to help support me, shelter and food became more important than my schooling. My aunt eventually invited me into her home. I no longer had to worry about food and shelter — or so I thought. Little did I know what I had gotten myself into. My aunt slowly introduced me to prostitution and forced me to pursue it against my will.

I was so desperate, nothing else mattered except survival. The more I was forced to sell myself the more emotionally hurt I became. After a few weeks I couldn’t take it anymore. The conditions were harsh and I ran away. But, with nowhere to go, I fled to the streets.

Life was tough, during the day I would go scavenging for food, begging when I could and stealing when I had to. There were days that I went to sleep hungry.

Life became meaningless for me, I lost all hope of getting help until one day, a friend visited me on the streets. We had a long talk about my life and how I could turn it around. Since I did not have anywhere to go, I decided to look for a job as a housemaid. I worked in a home for some time then as fate would have it the owner of the home offered to send me back to school.

I am now in school and I am determined to re-write my story. I am currently one of the top students in my class and hope to attend university, get a job, and ultimately live a better life. I am a beneficiary of the DREAMS TWW program. The mentorship program has provided me and other girls safe spaces to open up and to gain support and valuable advice.

Today, I talk with my girlfriends about overcoming challenges in our lives and how to make a better tomorrow for ourselves. My mantra in life is to ensure that my desire to succeed remains greater than my fear of failing.