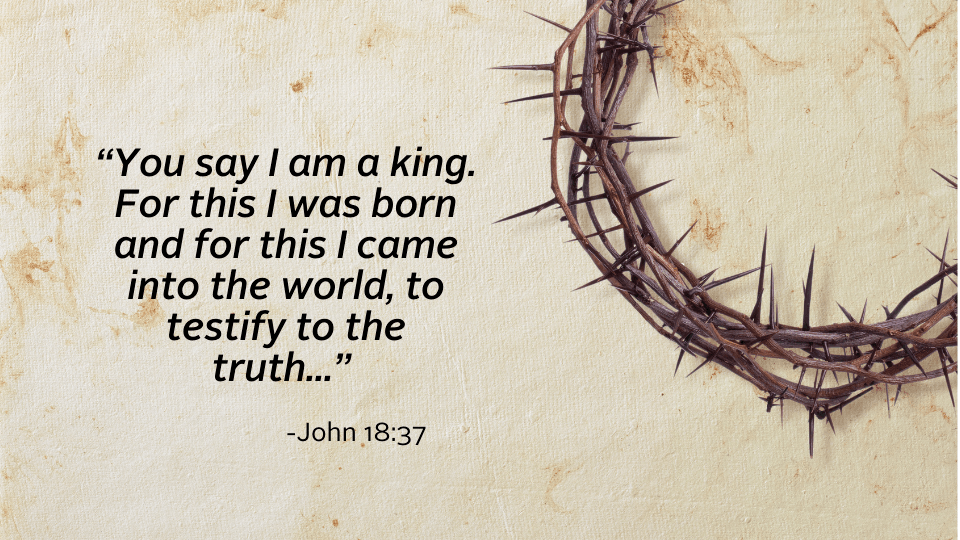 Subscribe to CMMB Weekly Reflection podcast on Apple podcasts and Spotify — and please leave us a rating and review. Sign up here to receive reflections straight to your inbox.

Today’s reading falls on the final Sunday of our Liturgical calendar. It is a day that we set aside each year to celebrate and understand Jesus’ role as king.

This year’s reading comes from John’s Gospel and chronicles Jesus’ conversation with Pilate, the governor of Judea. Jewish leaders have accused Jesus of political crimes and Pilate is charged with overseeing Jesus’ trial. At the core of their conversation is Jesus’ identity as king.

As we read, Jesus’ position is clear. He identifies himself as king—but not in the traditional sense of the role. His kingdom does not belong to this world.

Jesus says, “If my kingdom did belong to this world, my attendants [would] be fighting to keep me from being handed over to the Jews. But as it is, my kingdom is not here.”

These words clarify our understanding of Jesus as king. But in many ways, it also clarifies our role as his disciples. Jesus leaves it up to us to serve the kingdom that is presently ours—earth. In Jesus’ physical absence, we are expected to continue his mission.

Jesus served, healed, and fed the poor. At CMMB, we work to do the same in some of the poorest regions of the world. We work alongside dedicated staff and volunteers who not only believe in Jesus’ mission, but live it.

One of these individuals is William Louise, CMMB’s Child Nutrition Program Manager in South Sudan. William and his staff serve in a country where an estimated six million people live with food insecurity. That means countless mothers send their children to sleep with empty bellies. It means too many children cannot focus in school because they do not have the nutrients to sustain them. It means mothers lose their children to preventable diseases like malnutrition. 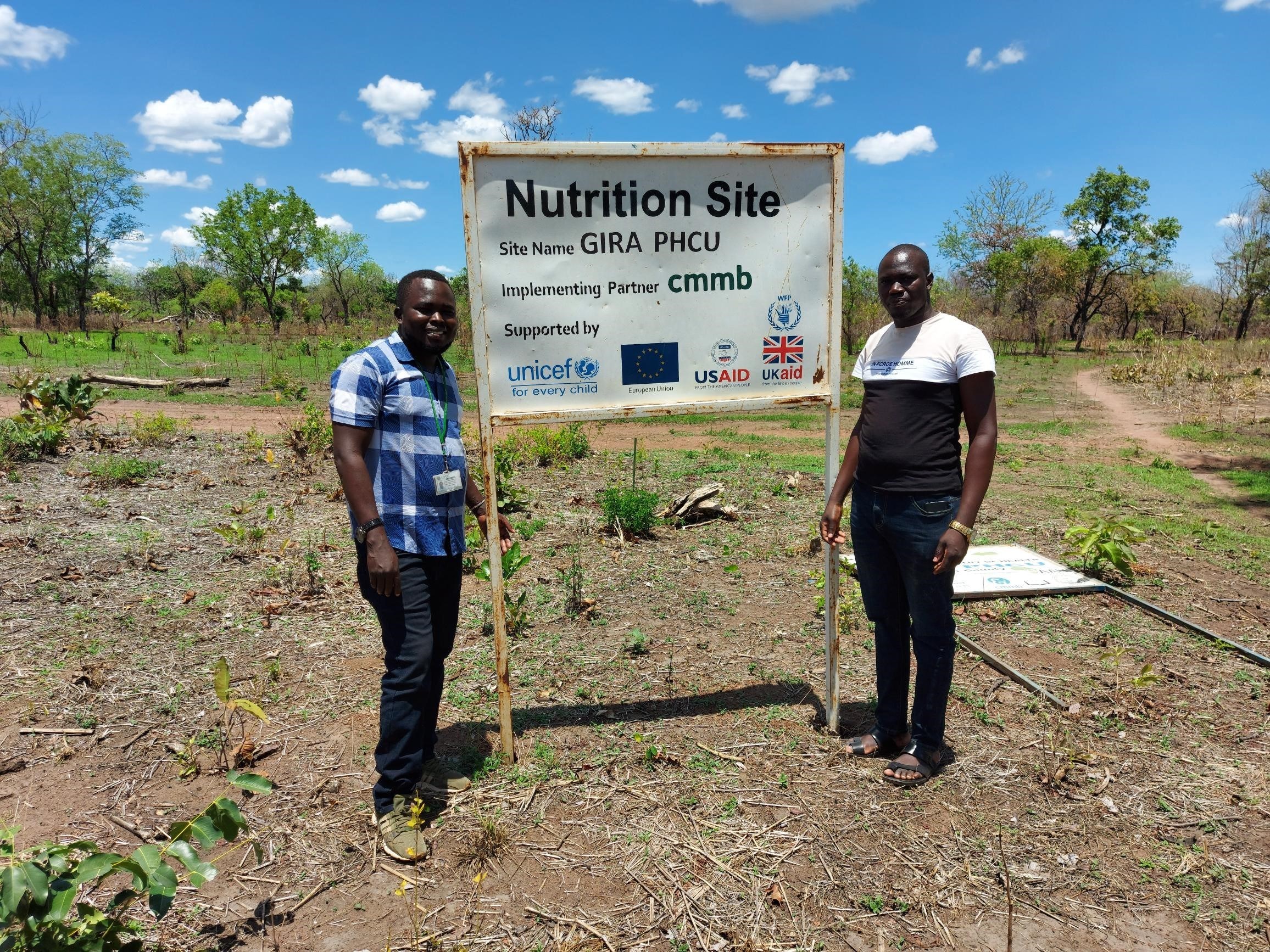 William and his colleague at a nutrition project site South Sudan

When we asked William why he chose to follow in Jesus’ footsteps, these are the realities he cited. To conclude today’s reflection we would like to share an excerpt from an interview with William. We hope his words bring you as much inspiration as they do to us. If you’re interested in learning more about William and his journey, you can find the full interview by clicking HERE.

You just have that thing that inspires you and, for me, it was asking myself how I could help my community.

So, I went back to college and started studying nutrition because that was an area that lacks the human resources and manpower. But really, it was the children of South Sudan that inspired me most. Pursuing a career in nutrition was one of the ways I could help them.

I’ve been in nutrition programming for nearly five years now and I’ve seen suffering populations, the rising prevalence of malnutrition, and the impact it has on children. It has only inspired me to work harder. I really feel like the knowledge I have should be used where it is needed most.

*Portions of today’s reflection were adapted from and inspired by the Loyola Press Sunday Connection.