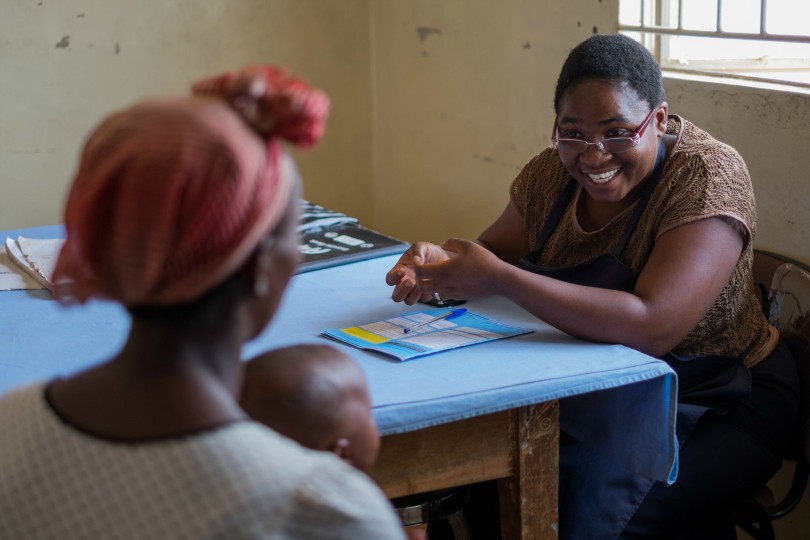 Why
Prevent new HIV infections by increasing the number of individuals and couples who are aware of their HIV status and who have access to HIV prevention, care, and treatment information.

Funded by
U.S. Centers for Disease Control and Prevention

This project, known as Community COMPACTS, worked to end stigma and discrimination within vulnerable and hard-to-reach communities in Zambia’s Kaoma District, Western Province, by mobilizing them to achieve 100 percent testing. The project was built around stimulating local buy-in. CMMB offered an incentive that each community could choose (e.g., new hospital beds, a borehole) on the condition that the community achieved specific, agreed-upon HIV testing benchmarks. Traditional leaders and others were trained to deliver social and behavioral change communications and to facilitate small-group and community discussions, then deployed to promote testing of pregnant women and other community members. As a result, over the life of the project, 52,607 individuals tested for HIV and received their results; 77,176 individuals received general prevention messages—and communities readily earned their incentives.