Untapped Potential: Update on the Expansion of St. Theresa Hospital 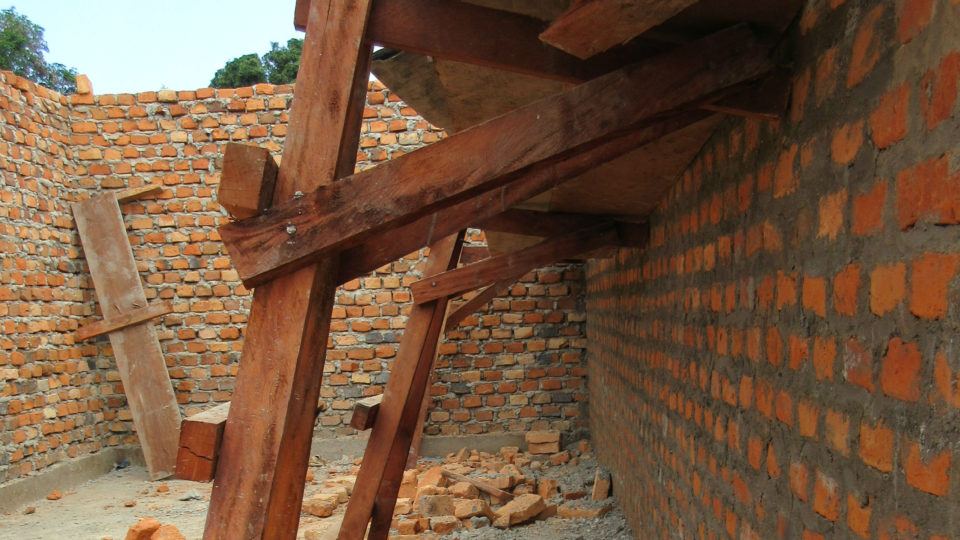 Aurora Fellow, Martin Rubino, is back with July updates on the expansion of St. Theresa Hospital in Nzara, South Sudan. In this update, Martin shares a reflection based on what he has observed while supporting the project. His reflection speaks to Western privilege and the quiet dignity he has seen among the people of South Sudan.

The Maternity Ward and Surgical Ward reached ring beam level, which will tie the walls together and serve as lintels for the windows and doorways. Brick walling continued at the Operating Theater. Pouring the concrete slab continued at all buildings.

I was a bit taken aback when I learned that our scaffolding was to be made of mahogany. Where I’m from this wood brings connotations of elegance and opulence. These are not the first two words that come to mind when considering the construction site at St. Theresa. I watched as long, straight timbers that would fetch a high price in the United States were sawn into smaller and smaller pieces and nailed together into frames that were leaned against walls to support the masons, as they lay the higher courses of brick. I couldn’t help feeling that it was a waste. The wood seemed destined for greater things – fine furniture, an artistic carving, perhaps a boat crafted by an expert ship builder; yet here it was humbly holding up a platform for a local mason building a new wing of a hospital in Nzara, South Sudan.

The juxtaposition of fine lumber being used on a site where bricks are rough and handmade, hammers and tape measures need to be shared, and cement and rebar has to be trucked across two countries, was striking. As I pondered the situation further, however, I began to understand that mahogany scaffolds, like many things in South Sudan, had some layers to cut through. On the surface, the use of mahogany in everyday construction may be seen as an indication of the country’s abundance of natural resources. At the same time, it also shows how conflict and instability have prevented these resources from being developed and conserved.

But why do I consider mahogany so valuable in the first place? Perhaps the masons do not fully appreciate the quality of the wood holding them up, but how much more do I take for granted the opportunities I have received? For much of the world, clean water, adequate food and shelter, and access to education are so much more precious than a particular species of tree, and yet I turn on faucets, eat good meals, and sleep comfortably each night, like that saw who was unaware of the wood passing through its teeth.

And who is to say that mahogany cannot also be used for scaffolding? After all, it is a strong, durable wood, just what you would wish for in a structure to prevent a stack of bricks from tumbling over. Maybe this lumber’s role in creating buildings that will save countless lives is an even nobler purpose than if it was fashioned into an expensive cupboard.

So too, the construction workers at St. Theresa Hospital and in a general sense, the people of South Sudan, are living out quietly noble lives. Still, I often catch glimpses of the potential, deeply ingrained within, and I can’t help but wonder who they could be if walking on a scaffold was not the only opportunity offered to them.

The interior walls at the Maternity Ward and Surgical Ward were completed, and formwork began being set for the ring beam. Partitions at the Operating Theater were laid out and brick walling began. Pouring the floor and veranda slabs continued at all buildings.

A bit of a slow week. Lack of water and aggregate held up progress for a few days. Pouring the concrete slab continued at each building, and bricklaying continued on the many partition walls at the Operating Theater. Site clearing for the blood bank began at the end of the week.

This week saw the completion of the floor slab at the Surgical Ward. The attention has now turned to setting the veranda columns. This is a time consuming process because the column forms must be lined up, plumbed, and securely braced before pouring the concrete.

Because there are only nine steel column forms, and because the concrete needs time to set while in the forms, the process will stretch out over a number of days before all the columns are completed. This is one of the reasons why work at the
Maternity Ward has come to a complete standstill. Meanwhile at the Theater, the brick walls at the back of the building are nearing completion and rebar cages of the lintel tie beam are beginning to be placed. 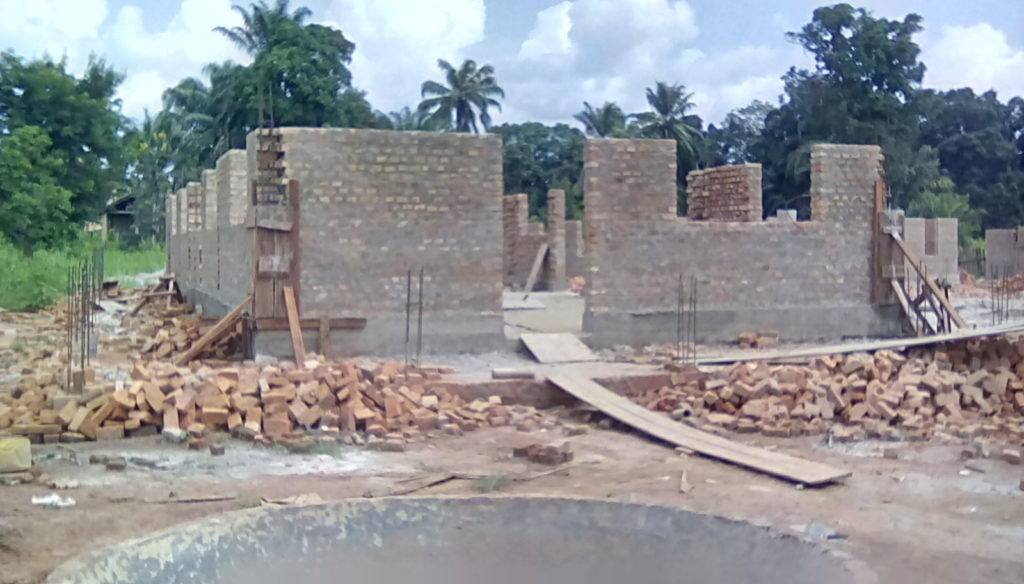 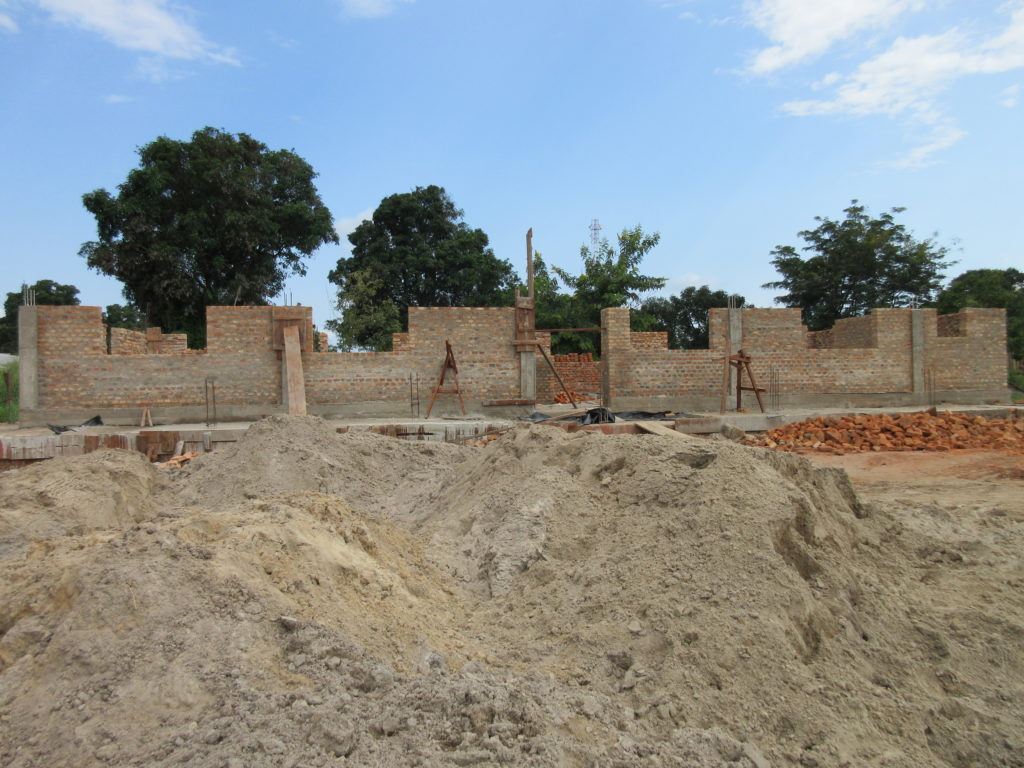 The nurse’s office was completed at the Maternity Ward. Pouring of the veranda slab continued. Formwork of the ring beam began to be set.

The Maternity Ward stands unchanged, not worked on this week, as energies and materials have been directed towards the Surgical Ward and Theater. 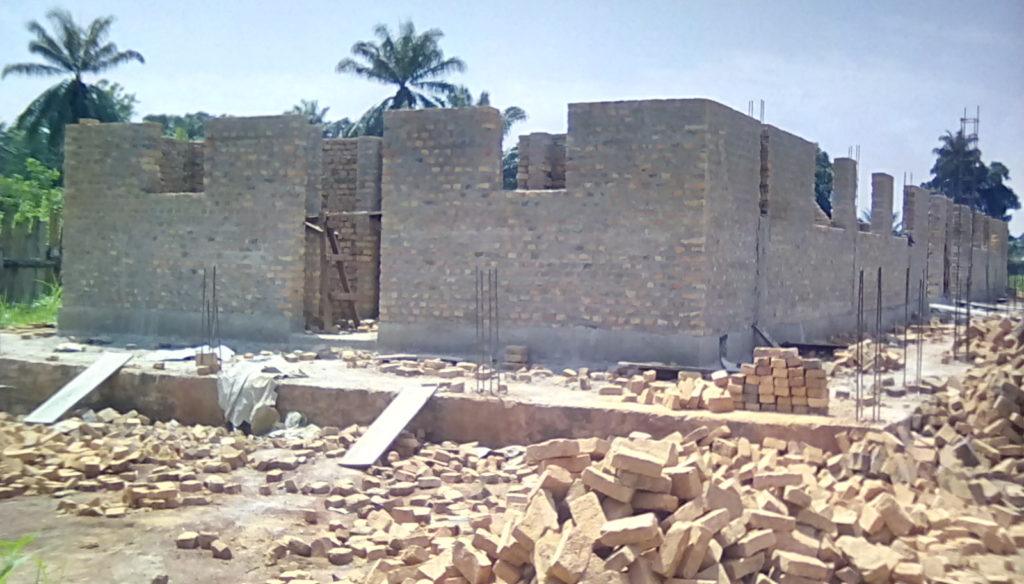 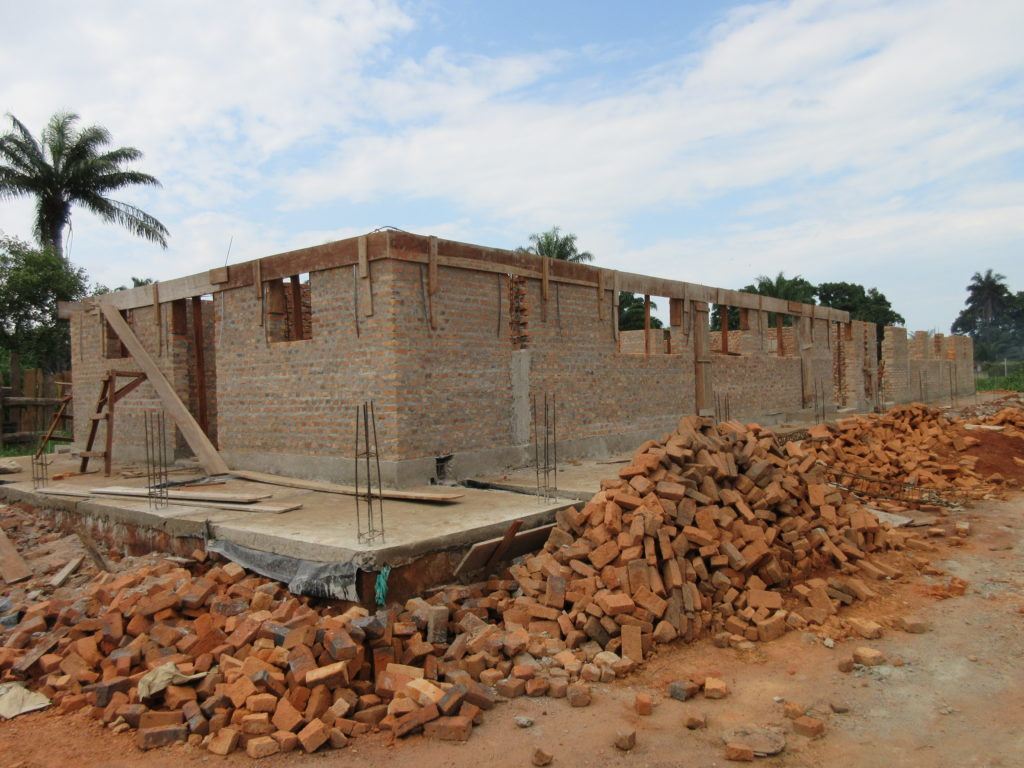 The nurse’s office was completed at the Surgical Ward. Pouring of the floor and veranda slab continued. Formwork for the ring beam began.

All interior and exterior slabs have been poured for the Surgical Ward. Pouring of the veranda columns began on Saturday, with nine columns poured that day. 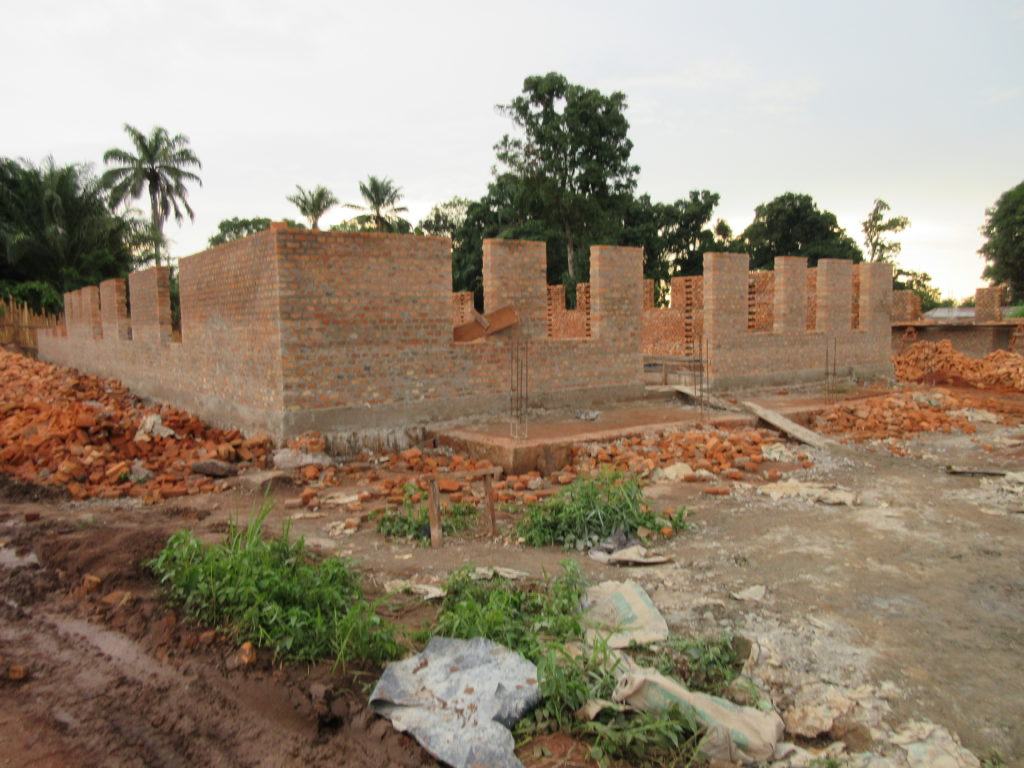 Brick walling continued at the front and sides of the building. Pouring of the concrete floor continued. 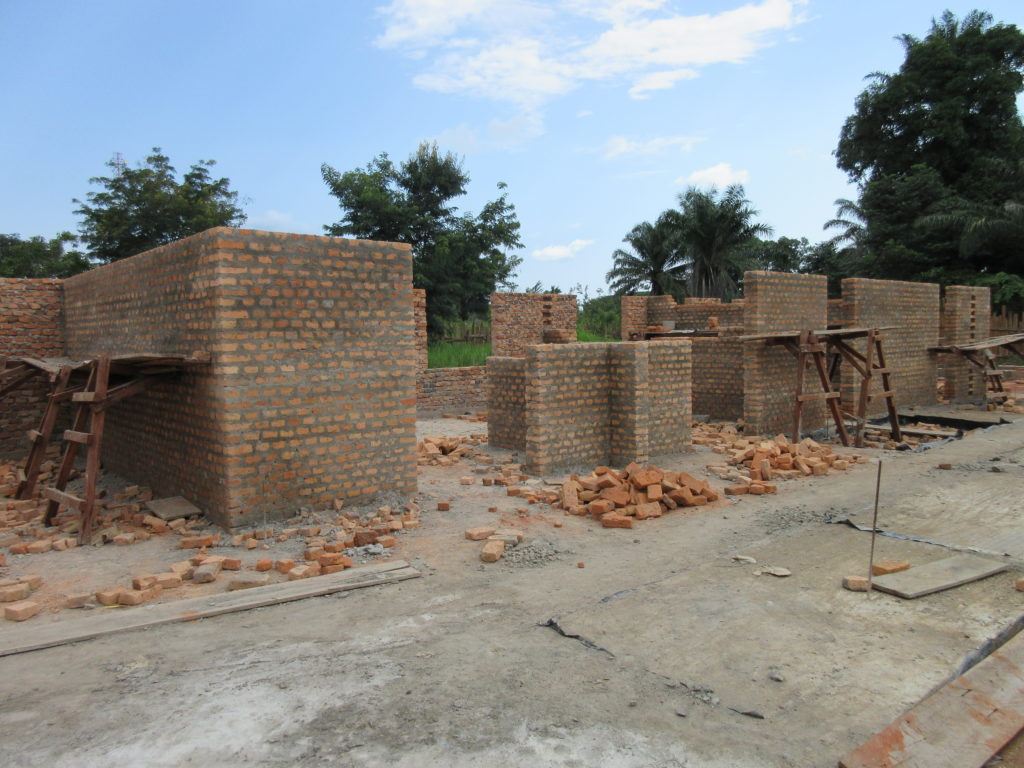 Brick walling began for the partition walls. Pouring of the concrete floor continued.

Left: Looking down the corridor of the Operating Theater
Right: The walling of the main theater room completed.

Building progress and timeline as of August 5.