Filling the Gap at Sudan’s Mother of Mercy Hospital 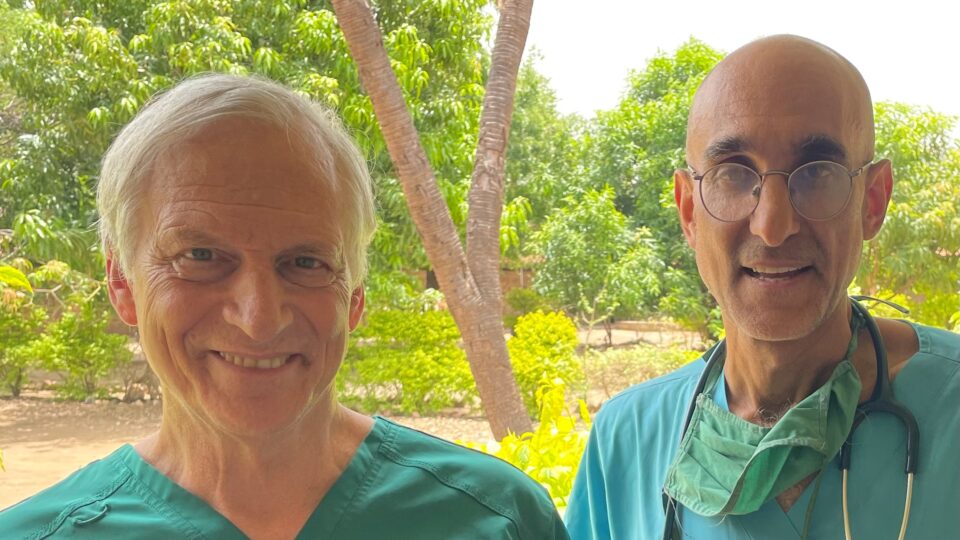 Few individuals find the time to step away from the comforts of their home and career to volunteer in impoverished communities around the world. Even fewer commit the better part of their lives to doing it. Dr. Peter Meade is one of those few. After volunteering in over 25 countries across the globe, Dr. Meade’s volunteer journey recently led him to CMMB, where he served as surgeon and staff educator for two months at Sudan’s Mother of Mercy Hospital in 2022.

Located in the remote region of the Nuba Mountains, Mother of Mercy Hospital stands as one of the few healthcare facilities serving more than a million patients. In this already politically unstable and food insecure region, basic health services are extremely limited given the lack of necessary supplies and little to no formal training for local medical workers.

Dr. Tom Catena, CMMB’s longest serving volunteer, has played a crucial role at the hospital in creating and sustaining the medical facility. He established the Mother of Mercy Hospital, a 435-bed facility, in 2008 and remains the only permanent medical doctor. When Dr. Catena must travel, CMMB supports his work by sending short-term volunteers to fill the gap in life-saving care. Dr. Meade was one of the individuals who stepped up to the task.

Inside Mother of Mercy Hospital 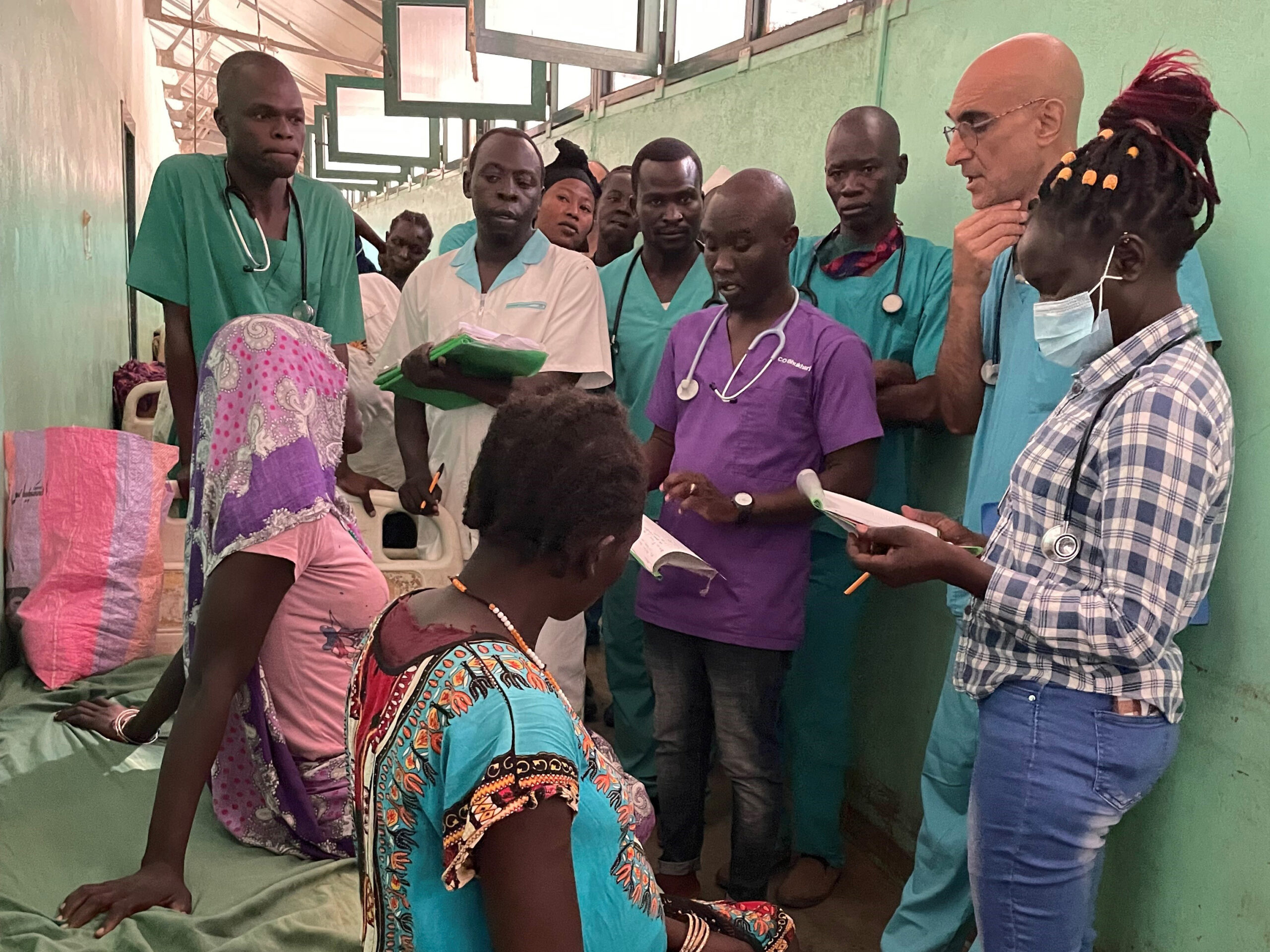 During his two months at the facility, Dr. Meade split his time between providing direct care to patients and clinical training to the facility’s local medical workers. While reflecting on his experience training young doctors and nurses, he emphasized the importance of cultivating excitement around learning for all.

“We just try to have a nice time and make sure people are supported and not afraid to ask questions,” said Dr. Meade.

Still, his time in Sudan was not without challenges. In the remote region of the Nuba Mountains, resources are scarce. Shipments of life-saving medications get held up during transit or are simply unable to reach the community. As one of the only hospitals serving over a million people, there are no options for referrals if a treatment isn’t available at Mother of Mercy. This reality means that doctors and nurses serving at the hospital have to make due with what they have.

“You weren’t able to send people to higher levels of care,” said Dr. Meade. “There’s only so much the little hospital we were working at can do for people. After that, you’re out of luck.”

But limited treatment options do not dictate the kinds of challenges patients face. “People will come in for treatment for anything under the sun,” he said.

Tuberculosis and parasitic diseases such as visceral leishmaniasis, which are often fatal if left untreated, were among the illnesses that Dr. Meade was surprised to see so prominently.  Maternal and child health complications surrounding childbirth were also common, leading to multiple emergency cesarean sections during his time at the facility. For Dr. Meade, this reality was a challenge—but one he was well equipped for.

What did strike Dr. Meade about the Nuba Mountains, was the severe poverty crippling its people.

“It was the most poverty-stricken group I’ve ever been with,” said  Dr. Meade. “Even women who gave birth to their children struggled to feed them, resulting in a prevalence of severe malnutrition due to a lack of nutritious foods.”

Inspiring the Next Generation 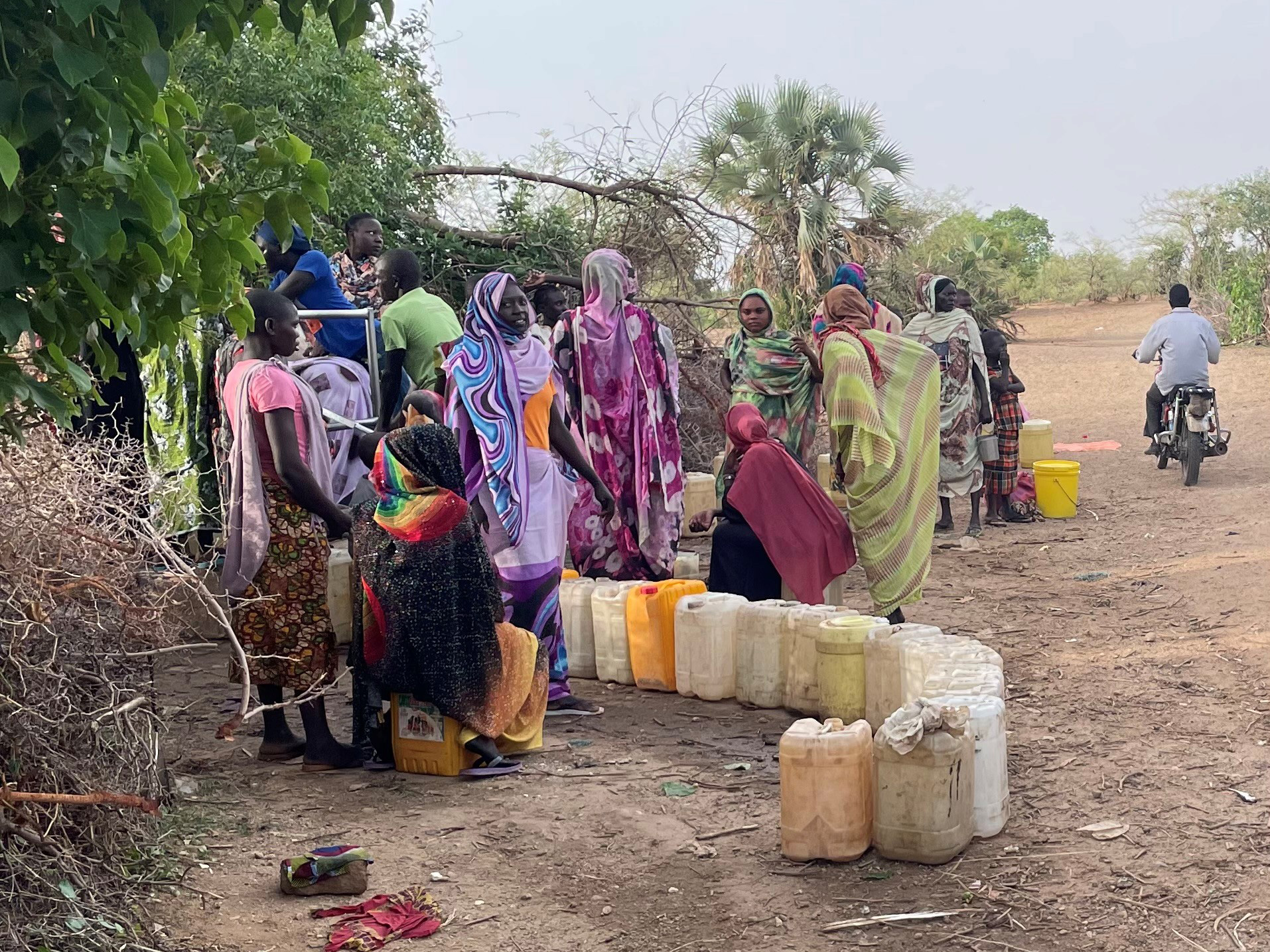 Dr. Meade imparted a few pieces of advice for those looking to volunteer internationally, including the importance of listening, observing, and respecting the systems that are already in place. More likely than not, they are there for a reason.

“Know that you’re guests,” he said. “Know who you are. Listen and see where you can fit in. Respect what is already being done.”

His most important piece of advice: While health access in the U.S. and Sudan could not be more different, they are the same when it comes to the quality of care and compassion that every patient deserves—no matter the community they call home.

Learn more about our volunteer program and opportunities around the world

View All
March 30, 2022
National Doctor’s Day: Volunteer Doctors at Mother of Mercy Hospital in Sudan
Read More
January 12, 2021
From Volunteer Dr. Jose Garcia: “You Were There in the Room With Us”
Read More
September 7, 2020
Serving Abroad at the Start of COVID-19: An Interview With Dr. Mike Pendleton
Read More
April 1, 2020
At the Crossroads of the Heroism and COVID-19 in Nuba
Read More
This site uses cookies to offer you a better browsing experience. Read our privacy policy.
ACCEPT