Four Months in South Sudan: The Obstacles of Care 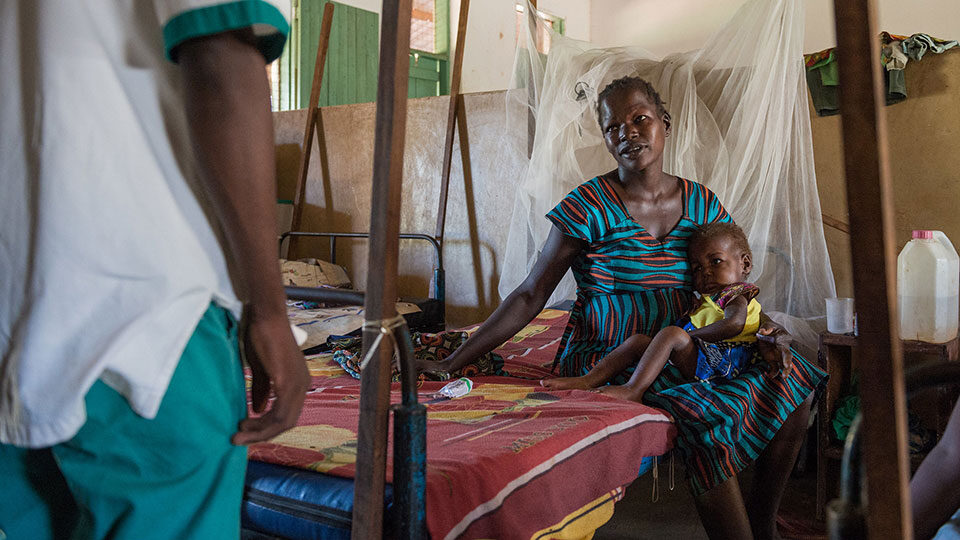 CMMB Volunteer Brooke French shares reflections from her fourth month of service at St. Therese Hospital in South Sudan. Here, she reflects on some of the obstacles to accessing care for the Nzara community.

During my fourth month at St. Therese Hospital in Nzara, I was in the inpatient pediatric unit for the first half and the outpatient unit for the second half.  It is interesting to see which patients are admitted to the hospital and which are treated as an outpatient.

I noticed a number of patients had recently received medical care somewhere else. It was helpful when there was documentation of what treatment was given.  It seems a lot of people self-diagnose malaria and go buy medicine on their own.  They end up at the hospital when they are not better and think they should be.

It is more challenging to treat someone who tests positive for malaria and is already taking an antimalarial or just finished. The test results may not be accurate because of the medications. I always have questions about these cases. Some of these patients may end up at another facility in a few days saying they are not better. It is a cycle of visits.

I am learning more about what is called traditional medicine here. When I was on the inpatient unit, there were a few families who wanted to leave the hospital and seek traditional medicine for their children. If the family wanted to leave before discharged, they had to write a letter stating they were leaving against medical advisement from the hospital.

We saw a few patients who are nomadic cattle herders. Most of these patients had difficulty seeing secondary to dust in their eyes. They complained of itching and skin rashes. They were tested for filaria, which is transmitted by parasitic worms transferred by the bite of mosquitos causing, a very itchy rash. Cattle herding looks like a very hard life.

It is good to spend time in different areas of the hospital to understand why things are done the way they are. I was in the outpatient department for a few days when the clinical officer was absent.  I was able to see pediatric patients with an interpreter and provide medical care independently.  It was a great way to apply all the things I have been observing over all this time. I consulted with other providers on a few questions I had about treatments. It felt like I was able to be helpful in getting patients seen and treated.  I hope for more days like this.