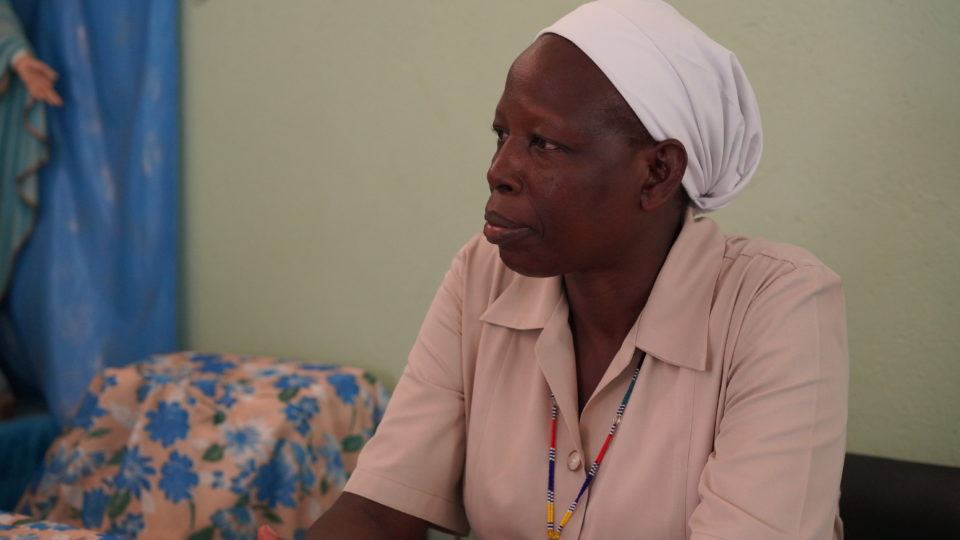 The Comboni Missionary Sisters are a religious order founded in Italy by Catholic missionary, Daniele Comboni. The Comboni Sisters are nothing short of amazing. As longtime partners of CMMB, they run the Nzara Hospital, in South Sudan. Their mission – to serve the world’s most vulnerable, which they have been doing 1877. The order’s dedication to the world’s most vulnerable has brought their service to regions far beyond Nzara and today, Daniele Comboni’s legacy continues to reach regions across Africa.

Sister Angelina is a Comboni Sister and a registered nurse. She has been volunteering alongside our longest-serving volunteer, Dr. Tom Catena, at the Mother of Mercy Hospital in the Nuba Mountains for over a decade. During a recent visit to the hospital, we got the chance to speak with Sister Angelina. In a powerful reflection, Sister Angelina shared with us, her spiritual journey – about how faith found her and led her to Sudan.

I am originally form Arua, a region of northern Uganda. Growing up, I was one of seven and together, with my mother and father, we moved around quite a bit. My father worked for the air force, a job that required travel.

Unfortunately, when I was only eight years old my father passed away. After his death, my mom took us back home to Arua and from then on, life was very different – it became so much harder. Despite this, my mom always taught me to persevere and continue forward.

With her support, I eventually enrolled myself in first holy communion instructions. Little did I know, that with this enrollment I was opening the door to what would become my spiritual journey. It all began during one of my school breaks, when I first learned of the Comboni Missionary. As a class, we traveled to the mission station of both the Comboni sisters and fathers. During our visit, I met a woman named Sister Paola Caleri. She was a nurse by profession and cared for people affected by leprosy. Every day, she would visit those affected and pray with them. She would clean their wounds and give them food to take home.

Now, to understand why this sister was so special, you have to understand that during this time people did not touch, let alone care for those with leprosy. In my own village, if you were discovered to have the disease, you were taken away from home – isolated from family, friends, and loved ones.

Deep down in my heart, I wanted to be like her. I wanted to be close to suffering people. But, becoming like Sister Paola Caleri, seemed like something I would never be able to do. I remember thinking, “She’s white, I’m black. She’s an Italian, I am an African from Uganda. There is nothing that can make me do what she does. Out with this idea.” I tried to push the idea as far out of my mind as possible. And I did. But, it was only a short period of time before I was confronted with the idea again. 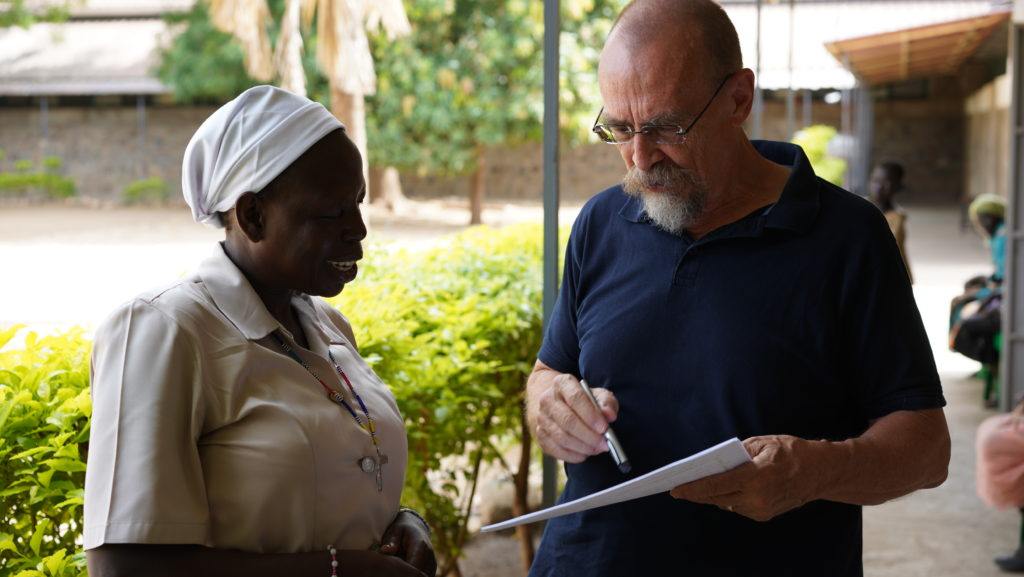 During breaks at school, I used to sneak away to pray in the chapel. One day, as I was walking out I found a pamphlet. Inside were the words, “If I had a hundred lives, I would give them all for the salvation of the Africans.” I had no idea who it belonged to or what it was for. But, the phrase really resonated with me. I wanted to know who was the voice behind the phrase.

Eventually, I found out that the voice belonged to Daniele Comboni, the first Bishop of Central Africa and the founder of the Comboni Missionary sisters, brothers, and fathers. As intrigued as I was with learning more about this man, I pushed it aside. I had big plans to become a doctor and had no time to pursue interests in other things.

I continued pushing my interest in the Comboni Mission further and further away. I pushed it away until right around the time that I was studying to take my last exams before moving on to university. But, as studied I couldn’t help but think of the pamphlet I had found so long ago. I ended up going to look for it. I found it, and after reading it for the second time, something compelled me to apply despite all the years I spent ignoring my interest.

I wrote to the Comboni Fathers and told them that something about this Daniel Comboni had touched me so much, and I wanted to become one of his followers. They shared with me the address of the Comboni Sisters. They told me that it was with the sisters that I could become his follower. 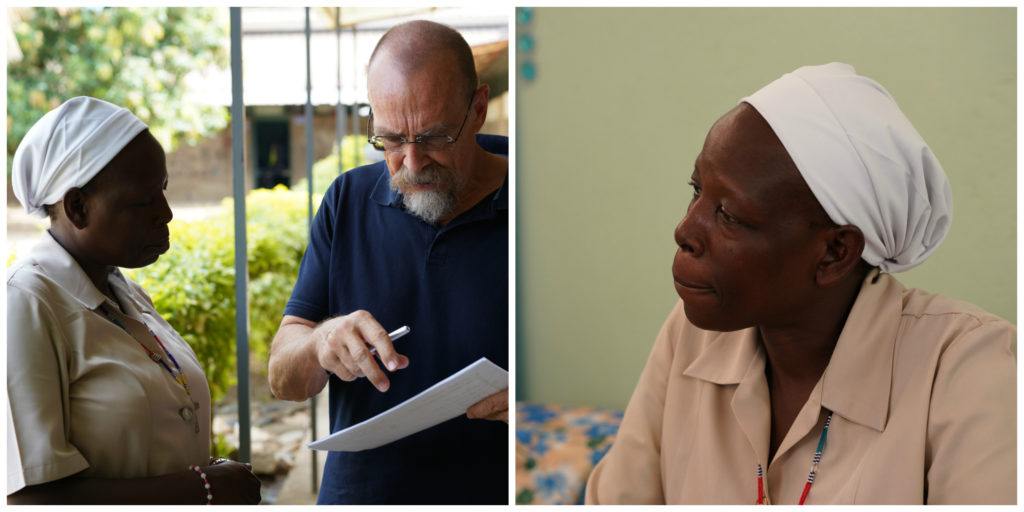 When I finally applied to the Comboni Sisters, I expressed that I wanted to be like the sister who worked with the lepers. I told them that if they had that kind of opportunity for me, I would be interested to join. And just like that, after visiting with them I began the steps to becoming a member of the Comboni Sisters, a process that took 10 years.

So, I gave up my dream to become a doctor for a new dream, and I became a permanent member of the institute in 2000.

Really, when I reflect on my spiritual journey, I realize that it all began the day I met Sister Paola Caleri. And very fittingly, at the first hospital I was assigned to in Sudan, I worked with individuals suffering from Leprosy. I was able to clean people’s wounds, I was able to be close to them, and I was able to serve them. Sister Paola Caleri, is still alive and I think of her often. For she was the one who inspired me to do what I do today, and for that I am thankful.

Support our mission by supporting the work of women religious and mission hospitals.