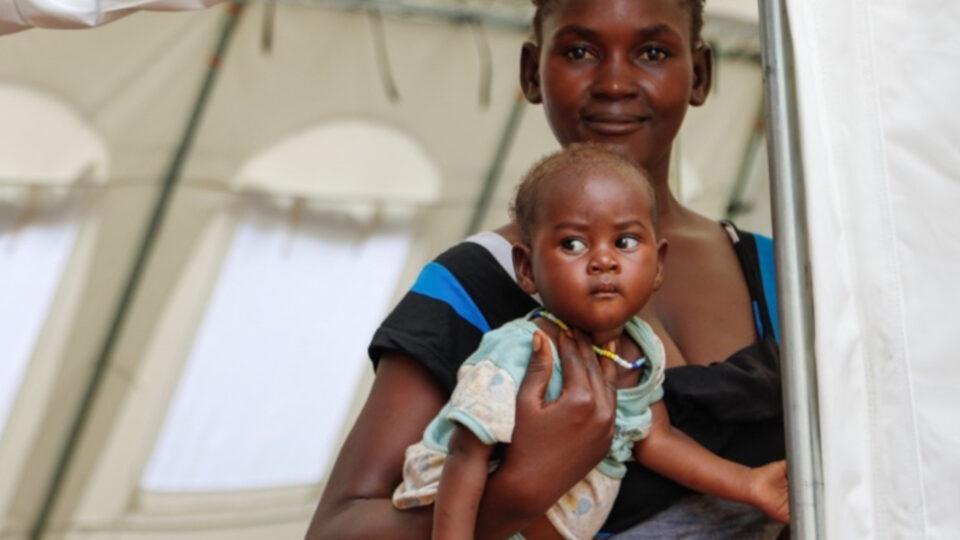 Since 2017, CMMB has worked closely with St. Therese hospital in Nzara, South Sudan to improve their health facilities for pregnant women, mothers, and children. Most recently, CMMB supported the establishment of a new maternity ward at the hospital.

There is an urgent need for better and more facilities for mothers and children in Nzara. The county suffers from a lack of healthcare facilities, forcing pregnant women to travel long distances to receive medical care, placing them at risk or discouraging them from seeking help altogether. Furthermore, Nzara’s malaria rate is among the world’s highest. Malaria poses a significant risk to pregnant women and newborns and is a leading cause of infant mortality.

While many complications that arise during childbirth can be resolved by the presence of a skilled birth attendant in a primary health care facility, other more serious complications require specialized equipment and training in maternal and newborn health. There is, therefore, a need for dedicated facilities for expectant mothers and newborns.

The challenges facing Nzara County reflect a problem endemic across South Sudan. The country has one of the highest maternal mortality rates in the world; 789 mothers die in every 100,000 live births. To further put this number into perspective, the sustainable development target for maternal mortality is under 70 deaths per 100,000 births. South Sudan also sits in the bottom ten countries in the world for under-five mortality, where 93 in every 1,000 children in South Sudan do not live to see their fifth birthday. This figure stands in stark contrast to the sustainable development goal of reducing under-five mortalities to under 25 deaths per 1,000 children.

Before opening the new maternity ward, the best option for delivery was the Nzara Primary Health Care Center. This facility had insufficient capacity, often forcing women to give birth in temporary tents built next to the hospital. Hygiene standards were poor, placing women at risk of infection. Furthermore, there were few options for women and infants to access emergency obstetric and newborn care in the face of severe complications. 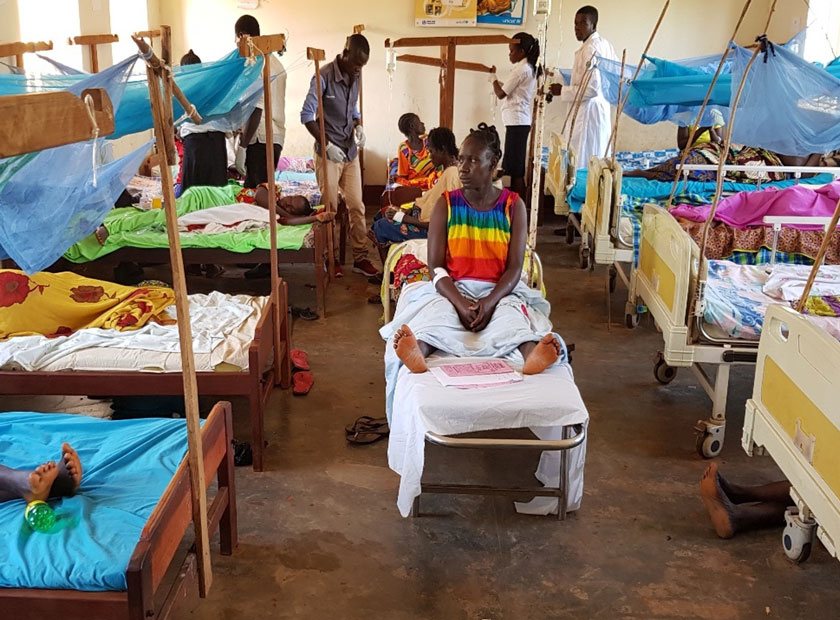 St. Therese now fills this critical gap in services, as the new maternity ward has the capacity to perform comprehensive emergency obstetric and newborn care. This means the hospital can perform interventions for pregnant women and newborns experiencing potentially fatal complications. These interventions include blood transfusions, cesarean sections, manual removal of the placenta, assisted vaginal delivery, and newborn resuscitation.

In addition, there has been an emphasis on the usefulness of partographs for monitoring mothers in labor at St Therese. Partographs help staff make timely decisions that can save the lives of mothers and babies. St Therese now has enough partographs to ensure all mothers receive this crucial monitoring.

A Promising Start for the Maternity Ward

Since the ward’s opening, the hospital staff has already observed a marked rise in the number of women delivering in facilities. Prior to the ward’s opening in the first quarter of the year, only 290 women in Nzara gave birth in a health facility. In the third quarter of this year, with the ward now open, 1,613 women were able to deliver in a facility. This is significant progress for the women and children of Nzara, as there is consensus among health leaders that most maternal deaths can be prevented by giving birth in a health care facility. 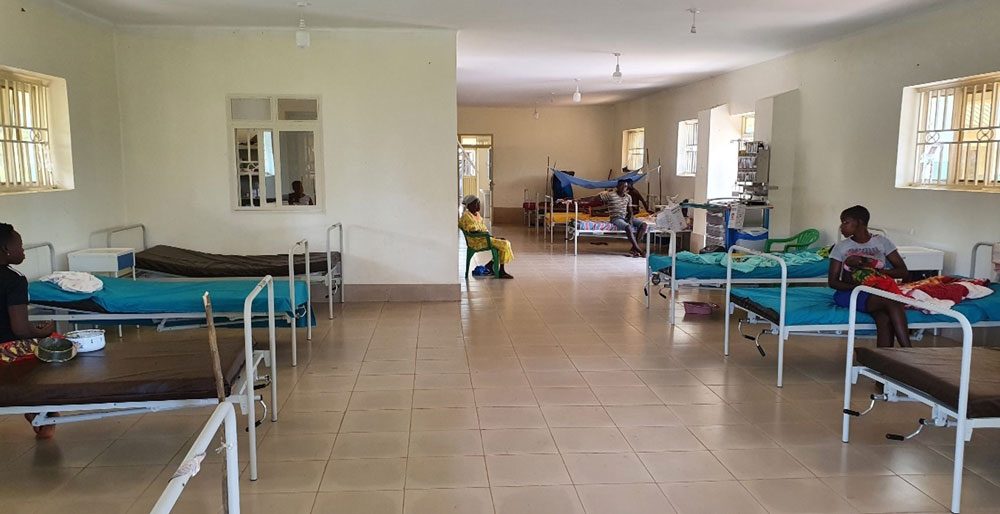 Notably, while twelve maternal deaths were registered in FY20 by CMMB, there was only one in FY21 (in Ezo). This reduction is primarily owed to the life-saving work carried out at St. Therese in the face of complicated obstetric emergencies. In particular, the maternity ward staff should be praised for astutely targeting the causes of the 12 deaths in FY20 in their training to ensure the pattern was not repeated in 2021.

Broader Implications for Mothers and Children

It is clear that delivering in a health facility like St. Therese can save lives of both mother and baby during labor. However, facility delivery has broader benefits too. Women who deliver in a hospital are more likely to receive other services critical to the health and survival of mother and child, including post-natal services, immunizations and breastfeeding counseling. These interventions are crucial to ensuring children live to celebrate their fifth birthday. Since the maternity ward opened, CMMB staff have witnessed a rise in the number of women accessing these services.

For example, the number of women who have received exclusive breastfeeding counseling has quadrupled since the maternity ward’s establishment. The importance of interventions like these within the first moments of a child’s life can not be overstated. In 2020, nearly half of the 5 million children who died before reaching age five were newborns under one month. Good nutrition and breastfeeding practices can be the difference between life and death in this period. Improved breastfeeding alone could prevent the death of 800,000 under-5s a year. This is just one example of the many benefits of post-partum care.

Facility delivery also allows health professionals to educate new mothers on the importance of immunizations and provide information on where to access them. The establishment of the maternity ward has seen the number of infants referred for immunizations quadruple. Immunizations are an integral part of reducing preventable deaths as infections diseases cause 50% of under-5 deaths. The WHO estimates that childhood immunizations prevent 4 to 5 million deaths from diseases like diphtheria, tetanus, influenza, polio and measles every year. Therefore, the maternity wing acts as an essential platform for staff to encourage mothers to immunize their infants, significantly impacting children’s health in Nzara.

Hope for the Future

Many obstacles were overcome to bring the dream of this much needed facility to fruition. Today, St. Therese Hospital is one of the best maternal and newborn care facilities in the region, boasting a state-of-the-art maternity ward with excellent in-patient care. CMMB staff have been delighted to see the number of safe in-facility deliveries rise in Nzara County and the corresponding increase in women and children receiving life-saving post-partum care. The dedication of St. Therese hospital staff and the organizations that came together to ensure the completion of the maternity wing strengthens our faith that it is possible to deliver the quality healthcare mothers and babies deserve in South Sudan. Hospitals, like St. Therese, provide hope for South Sudan to reduce its neonatal and maternal mortality rates, which have been too high for too long.

Learn More About Our Work in South Sudan

“Someone Cares About Them” – A Conversation with Community Mobilizer, Watson
Read More
October 29, 2021