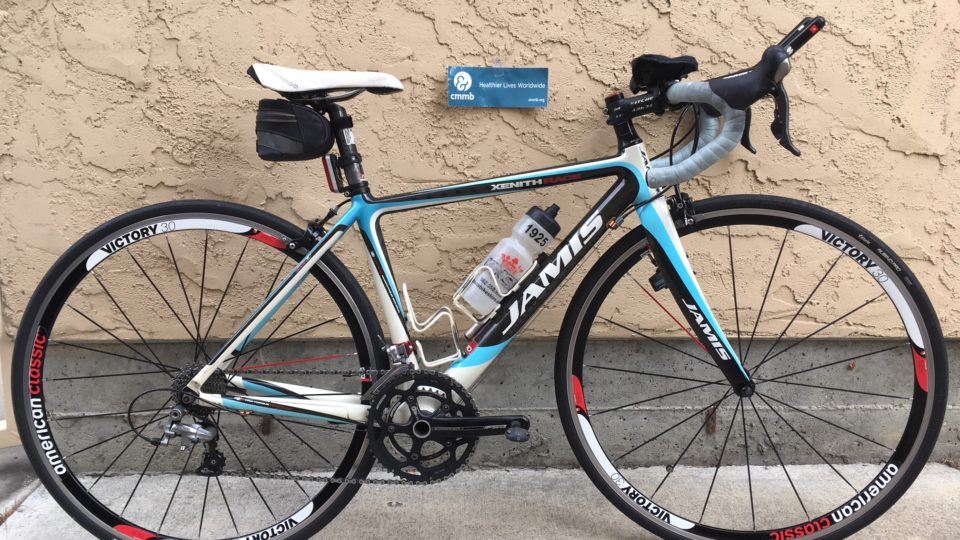 I like challenges, so I signed up for the Santa Cruz Mountains Challenge – a bicycle ride that would challenge me physically and allow me to visit my daughter, who lives in Santa Cruz and has not been able to come home much because of school and work commitments.

Two years earlier, I had completed the intermediate distance version of the ride: 75 miles with 6,700 feet of climbing. This time around, I decided to really challenge myself by signing up for the more advanced distance: 101 miles and 10,000 feet of climbing! That was 50 percent MORE climbing than the previous ride. Now, you should know that while I am an avid cyclist, I am NOT a natural climber. I am more of a flatlander, which means most of my cycling is done on level ground. I knew I would have to train very hard to prepare for this ride. 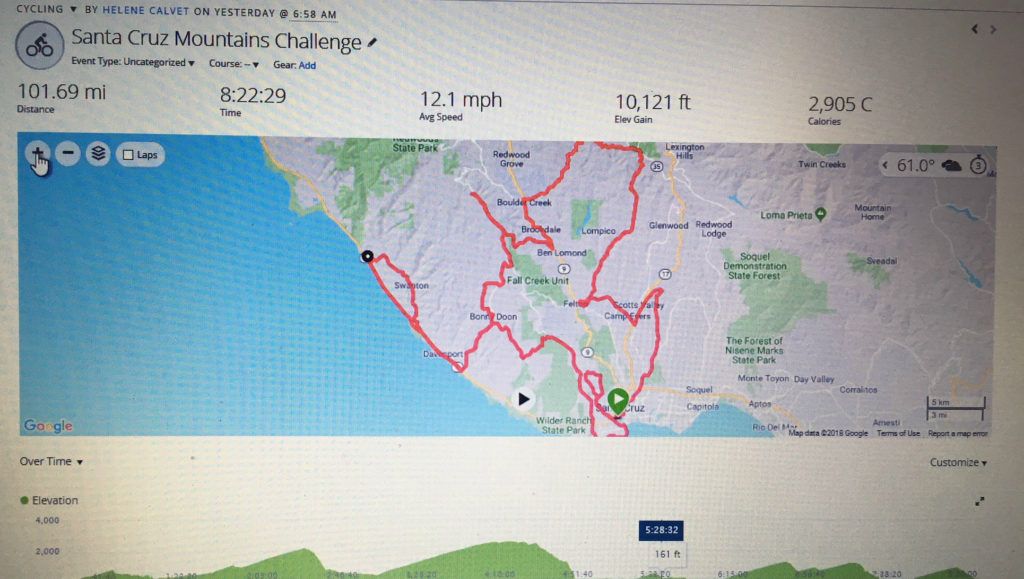 I started gradually increasing my climbing practice…boring repeats up local hills, and long, hot rides up the San Gabriel Mountains. I was spending so much time and energy doing this training, it took the pleasure out of riding and it became a chore. I wished all this training could count for something else. 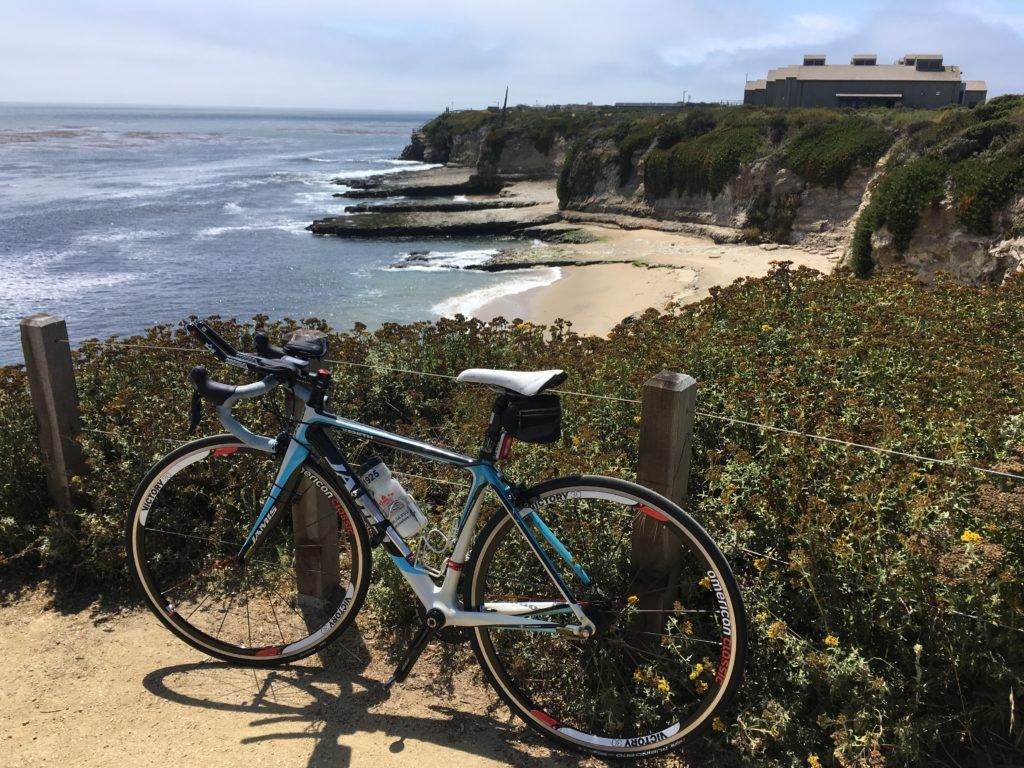 The view from one of Helene’s training rides.

Around the same time as my training intensified, I was preparing materials for the CMMB volunteer orientation. One concept I was going to try to impress upon the volunteers is how hard it is (as a healthcare provider) to see patients, whom you could potentially save if you had everything you needed, die because of a lack of resources.

I had been to Zambia twice and seen that reality myself. I had also exchanged e-mails with one of the volunteers in South Sudan and heard of the dire situation there. I was shocked to learn that eleven children had died in her first month working there! That’s when I got the idea…why not use the ride as a fundraiser? That would make my training count for something bigger.

I had been thinking about what worthy project I could support, and thought, “I can ask friends to donate to a fund that could be used to purchase life-saving medications and supplies for Zambia and South Sudan.” Maybe that would mean our volunteers would be a little better equipped to deal with critical patients. To show that I was invested in the idea, I decided to match every donation made, up to $10,000. And so, the “10K Challenge” was born: 10K climb and $10K for needed medications. 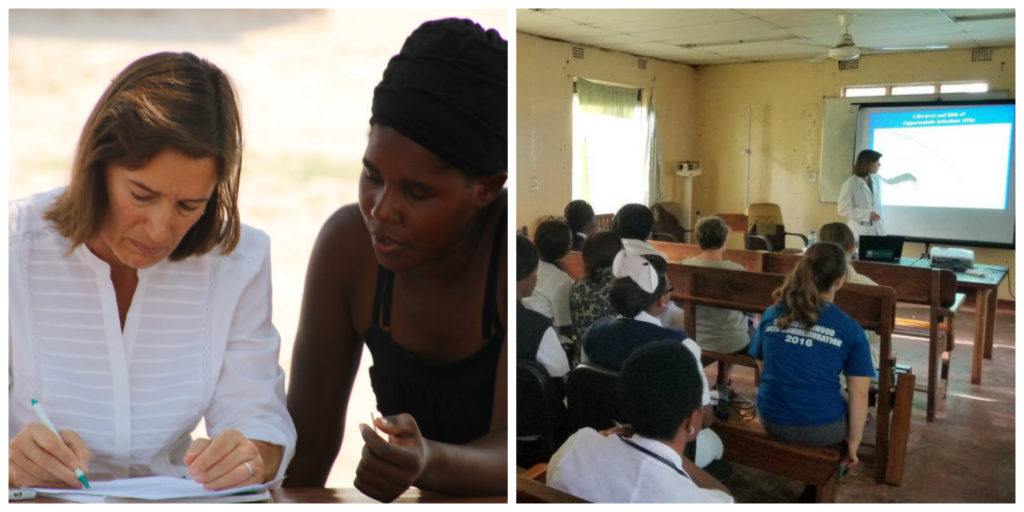 Unfortunately, it was now just two and a half weeks before the ride…why didn’t I think of this sooner? I discussed the idea with Laura Manni, who ran it by other staff members. They liked the idea and Laura quickly created a fundraising webpage. After a few tweaks, it was ready to go.

Fundraising started just two weeks before the ride; I was not certain I could reach the fundraising goal in such a short time. I started sharing the campaign with friends, relatives, former work colleagues, and church members, as well as posting it on Facebook.

After the first weekend, over $1,900 had been raised! I was in NYC helping out with the volunteer orientation, so it was exciting to share the news with CMMB colleagues. At the end of one week, the total was up to $2,800. 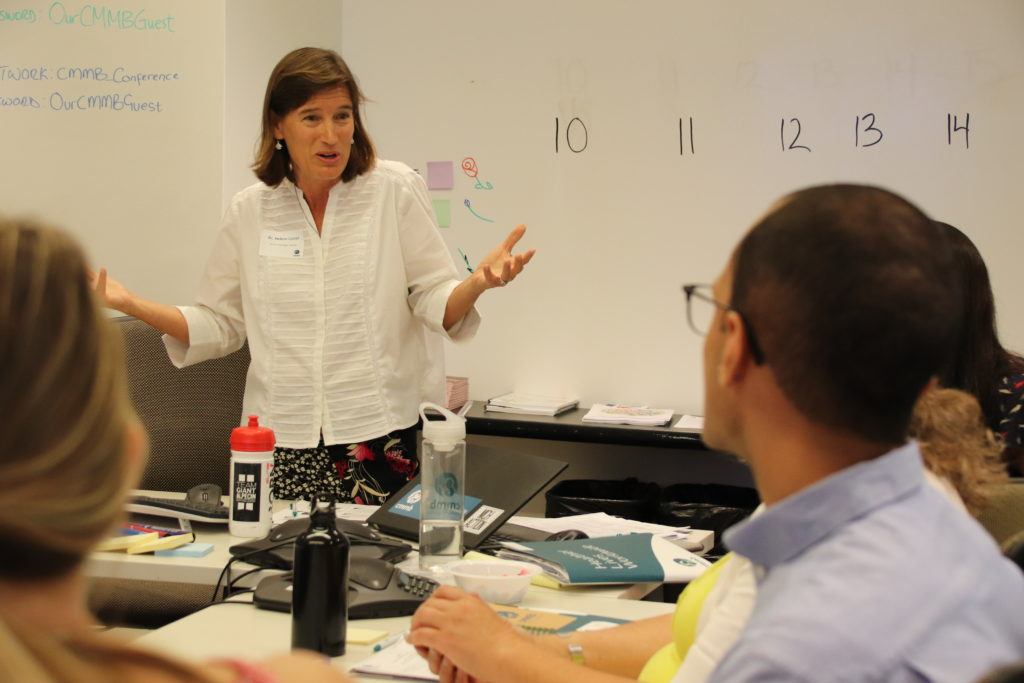 Helene at our July 2018 Volunteer Orientation.

I don’t like to bug people, but I know that people are busy and sometimes need reminders. So, after my last long training ride one week prior to the challenge, I posted a photo of my ride, along with a gentle reminder – several friends responded. Also, some CMMB staff members contributed to the cause. It was a wonderful show of support and made me feel more like a part of the CMMB family. Toward the end of the week, a large donation put me over the $5,000 mark; with my matching funds, that put the total donations over $10K. First challenge had been met!

Now On to the Second 10K Challenge… 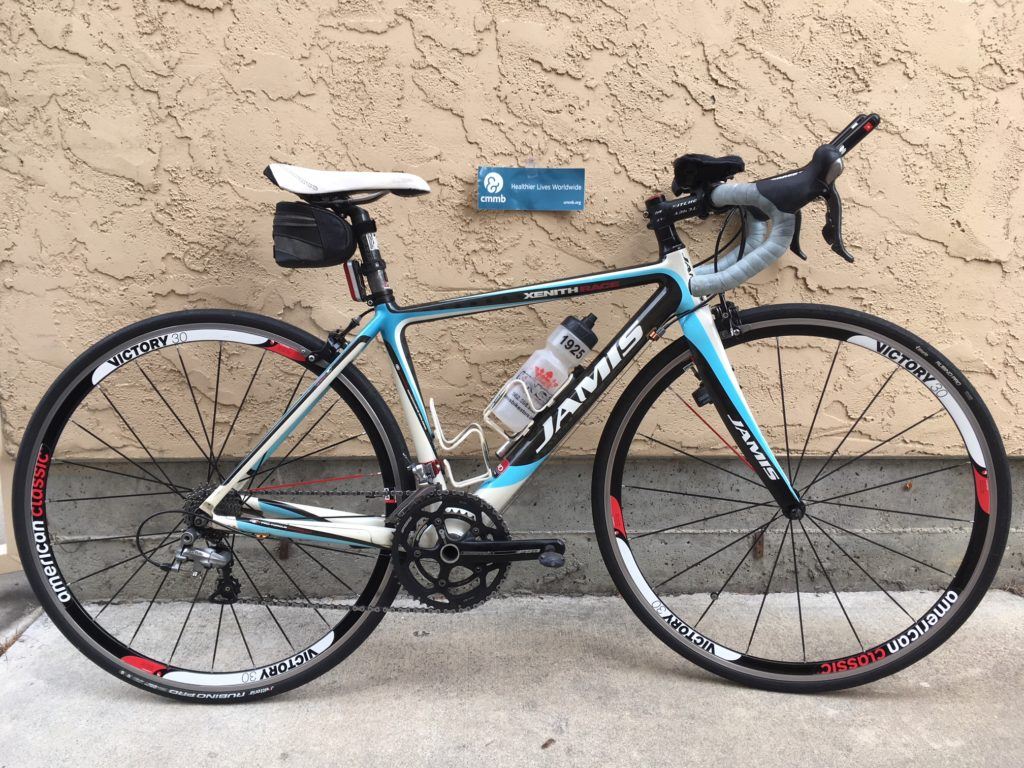 On the morning of the ride, it was overcast and a little drizzly, which was more tolerable than the heat we had been having in Southern California. The first big climb went well, but then the sun came out just before the second big climb – the dreaded Alba Road climb – 3.8 miles of an average 10 percent grade! 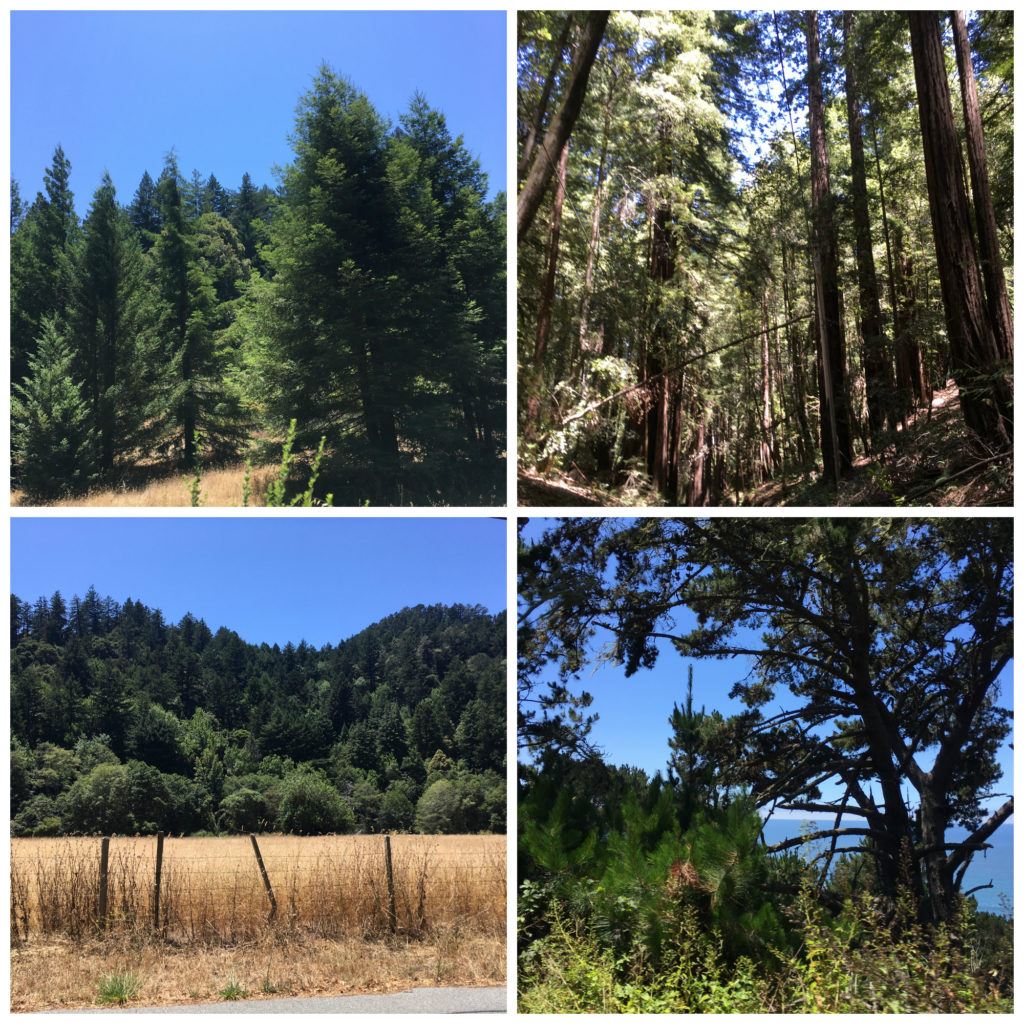 I struggled through it and made it without stopping, but I didn’t feel great at mile 48. Fortunately, it was downhill for about 12 miles after that and I had the added bonus of my daughter joining me! At mile 62, I was feeling better and actually enjoyed the inland loop with gorgeous coastal views, and the cruise down Pacific Coast Highway past dramatic coastal cliffs and beaches. 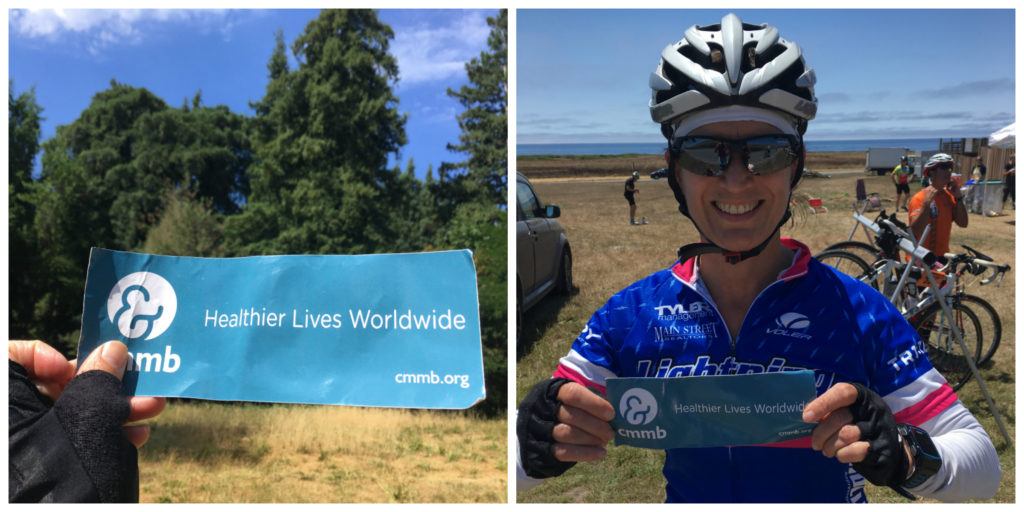 Helene brought a little bit of CMMB with her. Here she is at mile 38 and mile 62. We’re exhausted just thinking about it!

But then the climb up Bonny Doon at mile 77…ugh! It was hot, the climb was unrelenting, and my legs were threatening to cramp. I had to stop once to rest and take some electrolyte pills, but I was not going to call it quits. I kept thinking of the women in Africa who have to walk long distances, over difficult terrain, and under intense heat to collect and carry large amounts of water for their families. I knew they could not give up, so I could not give up.

About three quarters of households in sub-Saharan Africa fetch water from a source away from their home and 50% to 85% of the time, women are responsible for this task – UNESCO, 2016

I finally made it to the rest stop at mile 84, in a beautiful section of redwoods, and did not feel well. I had sharp abdominal cramps; my GI tract was rebelling because all my blood had been diverted to my hard working muscles for such a long time. Fortunately, the last sections of the ride were mostly downhill, and most of the hard work was over. I completed the climb up the UC Santa Cruz campus to the finish line (which, of course, was at the top of a big hill). 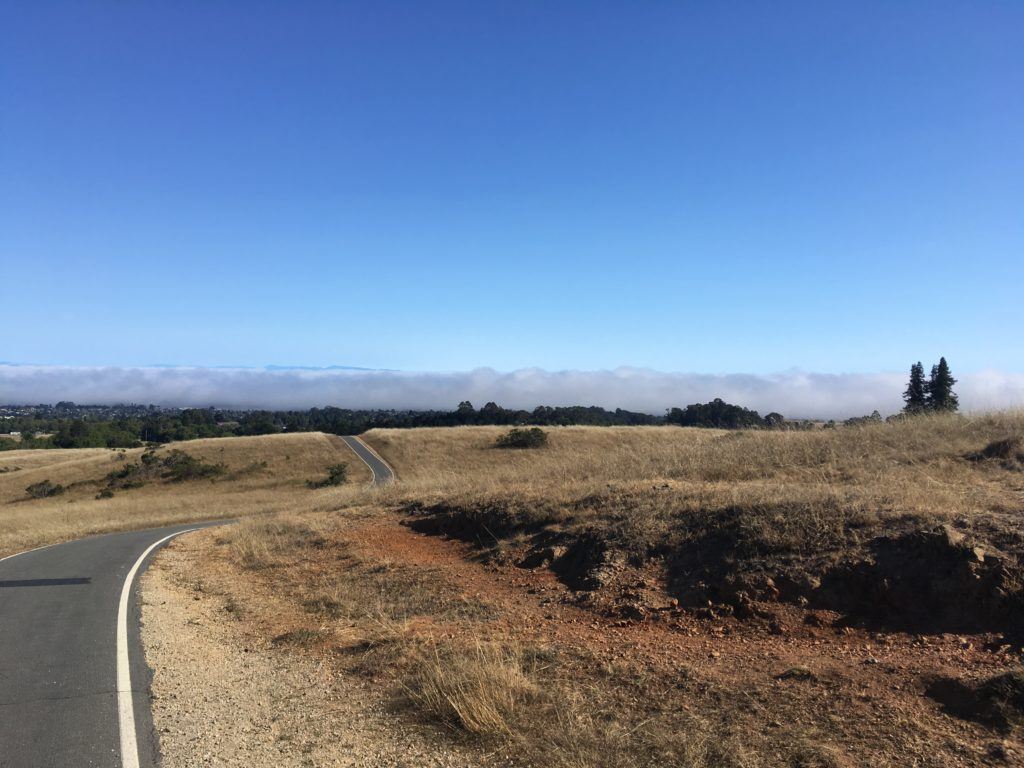 I looked over the post-ride food offerings of burritos, salad, and local ice cream, but wasn’t interested in any of it. I grabbed a burrito, strapped it to my handlebars and road the last few miles back down the hill to my daughter’s apartment. There I was able to enjoy a well-deserved shower and a beer, and nurse my rebelling GI tract with small amounts of crackers.

I never did eat that burrito (my daughter did!) 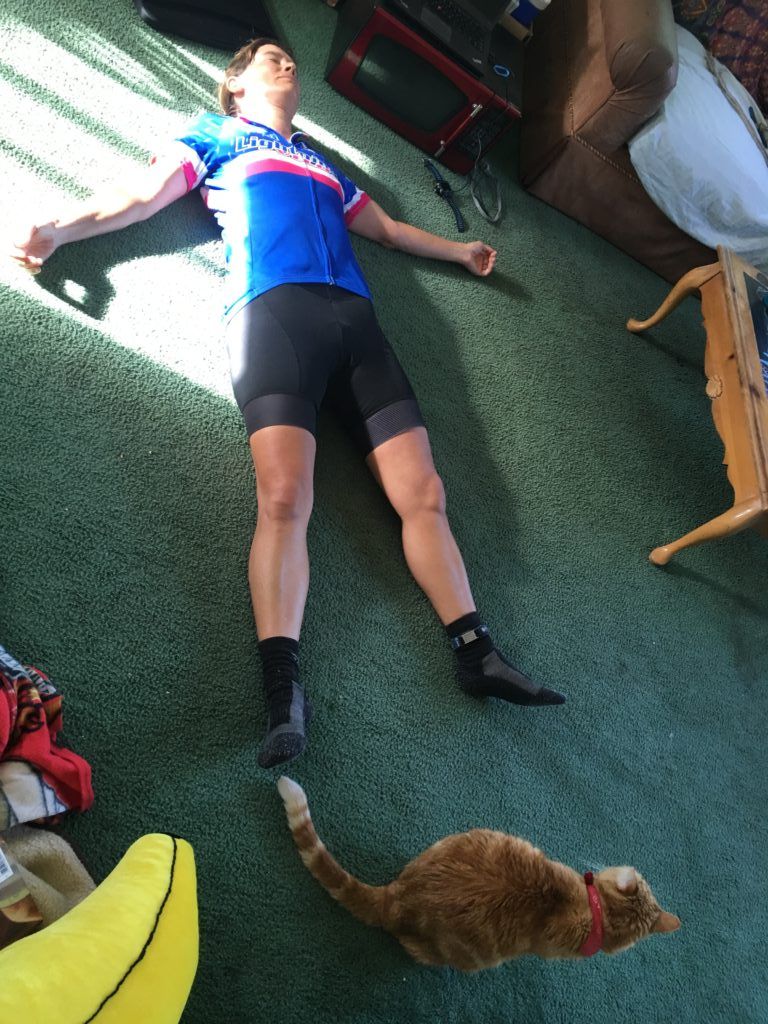 Helene… relaxing with company after her ride. Consider this piece proof of her recovery!

In the few days since the ride, I have been reflecting on what a journey this 10K Challenge has been. My heart has grown, both literally and figuratively, because of it. I am very blessed and grateful for my health, my family, friends and the resources I have. The support of over 40 friends who accepted my challenge has been overwhelming.

Many people have congratulated me on “my” accomplishment, but I do not feel the accomplishment is mine. It was definitely a group effort; without the help of God and many generous friends, the 10K Challenge could not have been met. But please, God, let’s not climb 10K again on the bike…once was enough!

Helene is a valued member of our CMMB family and we are thankful for her dedication, kindness, and spirit. Laura Manni, our senior manager of community engagement and communication shared these kind words about Helene:

“From the first time I met her, Dr. Helene inspired me. She is a super intelligent, hardworking doctor and a beautiful human being. Her commitment to improving the lives of those living on the periphery of care – either as a volunteer in the field working with patients or training local staff, or as a fundraiser or donor raising money to ensure that essential medicines and medical supplies are available to the sick wherever they are. She is someone I admire deeply. I love her strength, her straight talk, her high expectations, and her genuine belief that the world can be a better place. And as an aside – she used my bike while she was in NYC at our recent volunteer orientation because she was still training for this crazy challenge. My bike has never gone on such an adventure – and I think it misses her! Thank you Helene, for being the kind of person that inspires me to do more.”

Still want to donate to Helene’s challenge? It’s not too late!