The Eternal Spring – Your Weekly Reflection from CMMB 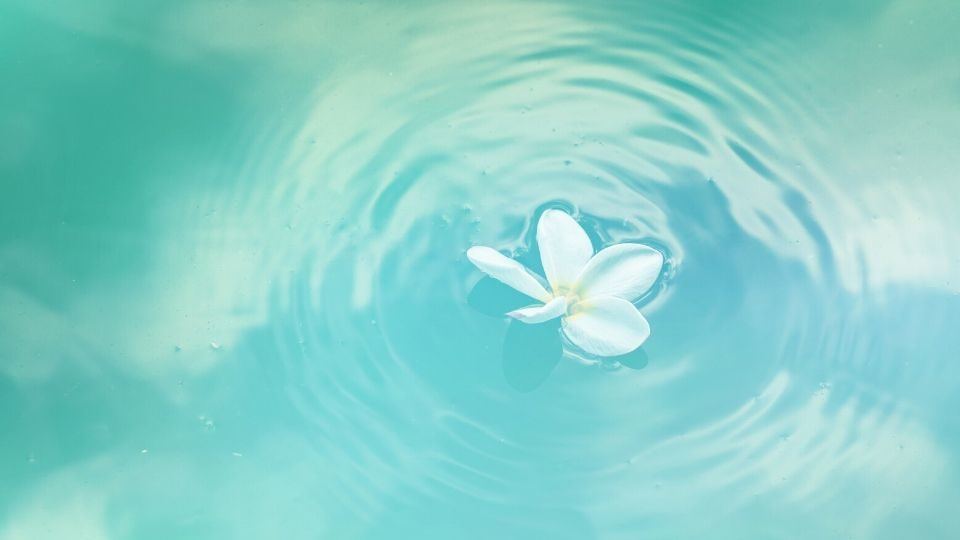 “Sir, give me this water, so that I may not be thirsty or have to keep coming here to draw water.”

In today’s Gospel, we read about a moving conversation Jesus had with a woman from Samaria he encountered by a well. Such an exchange would have been considered immoral, as Jews were not allowed to interact with women in public, even less if they were Samaritan. Yet Jesus not only spoke with her but also asked to drink water from her vessel. As their conversation progressed, he slowly revealed himself to be the Messiah and told her he was the Living Water, saying: “whoever drinks the water I shall give will never thirst; the water I shall give will become in him a spring of water welling up to eternal life.” Upon hearing this, the Samaritan woman became his disciple and returned to her town to lead others to him.

In the bible water symbolizes many things; a purification of the soul, an admission into the faith or even a destructive force where water drowns and erodes, wearing away even the densest of stones given enough time.

We also know that water serves as a source of life. In Jesus’ time, people had to walk far distances every single day to get water. They would collect it from a well and then carry it back in buckets to their homes. Today, thousands of years later, many are still forced to do the same in underdeveloped countries.

Hundreds of thousands die each year because of inadequate water, sanitation, and hygiene (also known as W.A.S.H.). Access to clean water is even more crucial now as we face the global threat of illness. Washing our hands is the main defense against transmission, something that can be easily done in the developed world. However, in the low resource areas we serve, clean running water is not readily accessible. 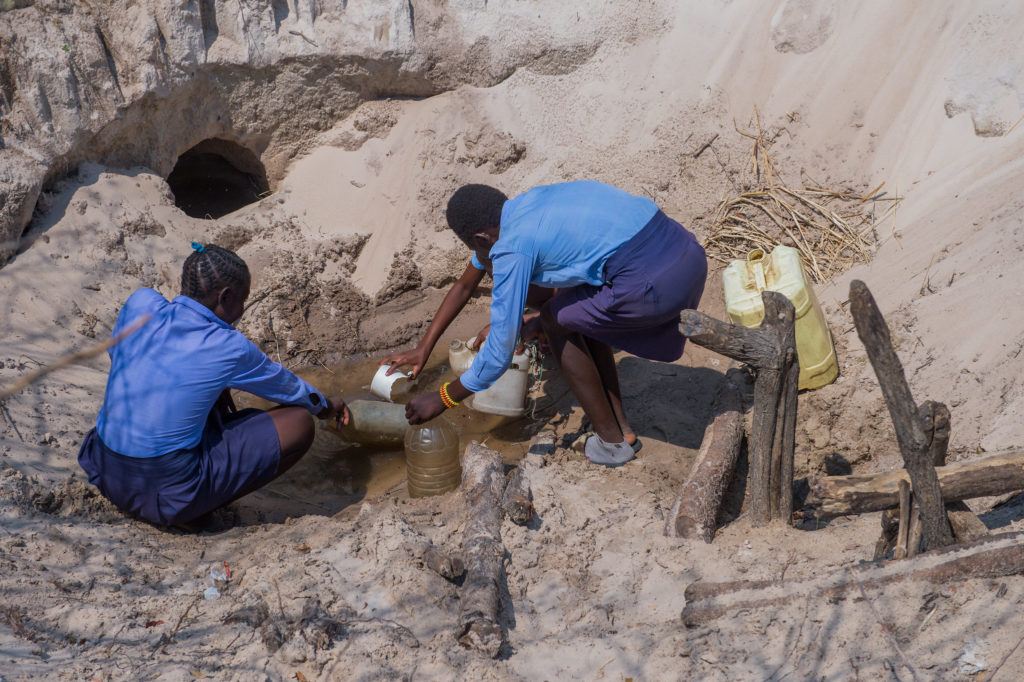 School girls collecting water from a shallow well in Mwandi.

Water is one of the key levers of CMMB’s Children and Mothers Partnerships (CHAMPS). Through our W.A.S.H. programs, we identify vulnerable communities in some of the poorest, most remote regions of the world. In Zambia, our team found a small village called Simungoma in Mwandi District that was in urgent need of access to clean water. Most people in this community rely on water from shallow, contaminated wells. Often, because so many people flock to the same source, it runs dry. It is not uncommon for women and children to set off as early as 4 a.m. so they can get to the well before it empties out for the day. This has led to an abnormally high number of diarrhea and dysentery cases among children in the area. 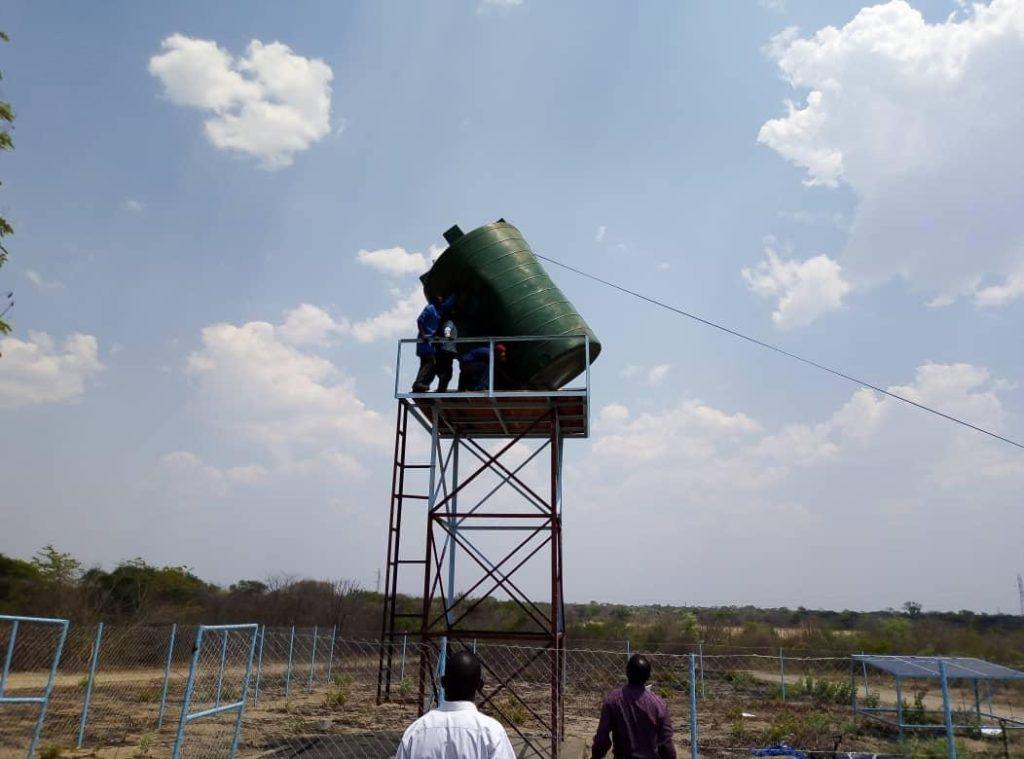 Thanks to our donors, CMMB was able to install a water tank in Simungoma.

Through a gift from a generous donor, which we matched with other private donations, CMMB was able to drill a borehole and install a water tank at the Matoya Health facility in Simungoma. This water source will serve 560 households and a population of 2,736 people.

In villages like Simungoma, a simple borehole will have a huge impact. The pump is on the health center grounds and will secure better health not only for patients and staff at the facility but for the Simungoma Primary School next door and for all residents in the surrounding area. Installing water points at CMMB-supported health centers reinforces our support for healthy communities and is emblematic of our work globally to provide vulnerable families a way to protect themselves. 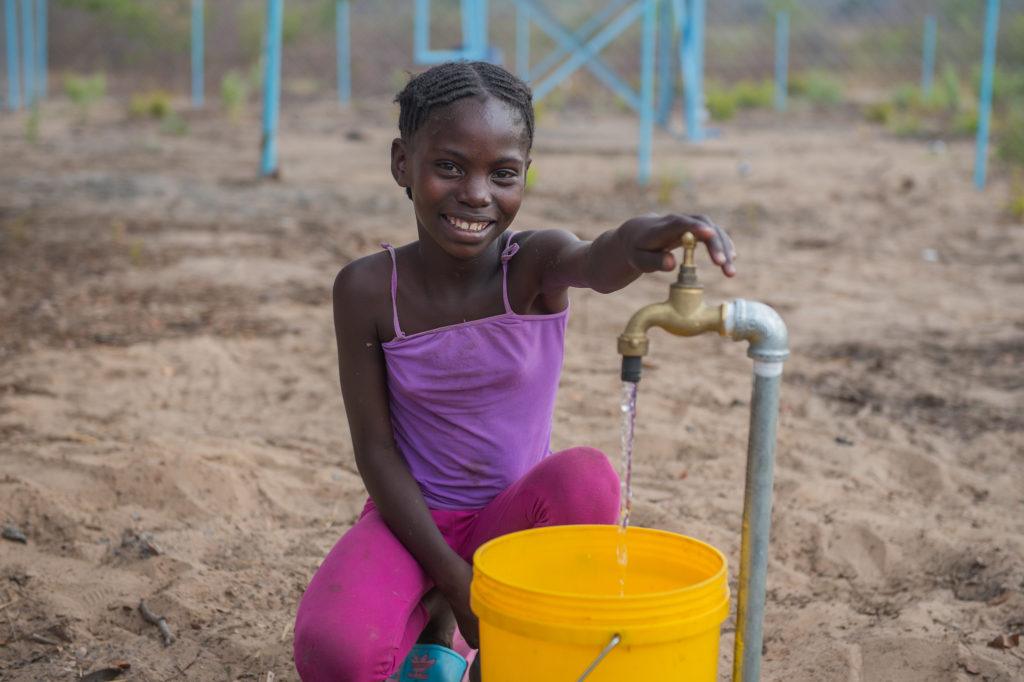 “We thank God for the borehole. It will help us improve sanitation. It will also help us improve nutrition as we have planted an orchard and a garden–so the access to water brings so many solutions.” –Katanekwa, teacher 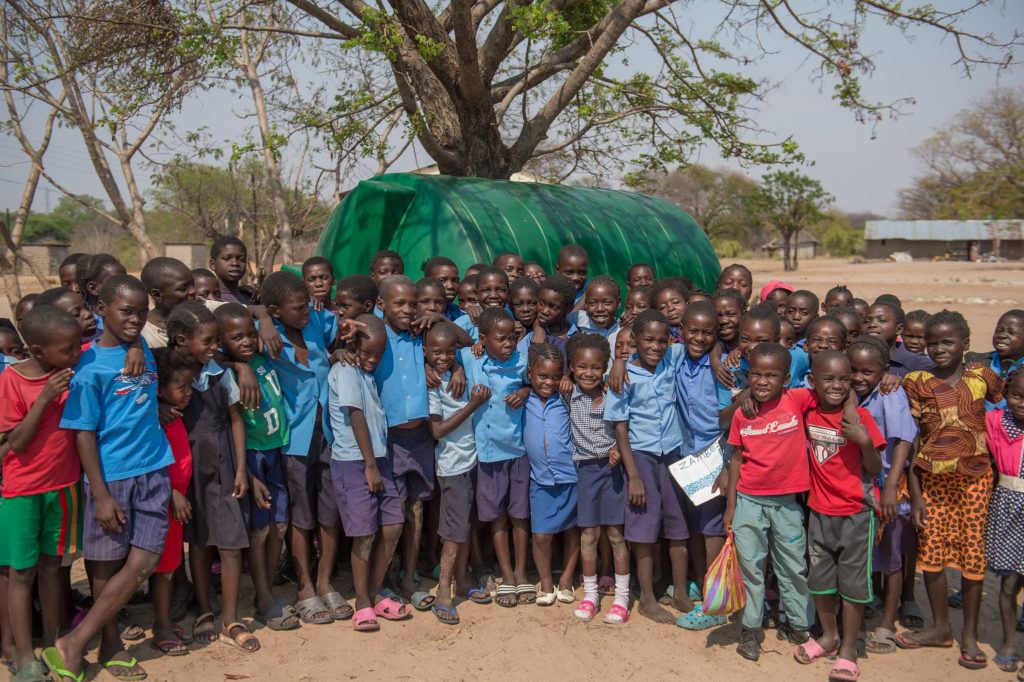 The village of Simungoma now has access to clean water for generations to come.

The generosity of our donors has opened up a whole new vista for the safety and well-being of a community. Simungoma is now capable of dealing with health emergencies like the coronavirus because they can exercise safe practices around hygiene. The new borehole will not only have an immediate effect—it will serve future generations for years to come.

As we continue our Lenten journey, let us be thankful for the precious gift of water, not only for the here and now, but as the Living Water that is always available to us through Jesus. We leave you with a special Coronavirus Prayer from America Magazine, to bring us calm during these troubled times. 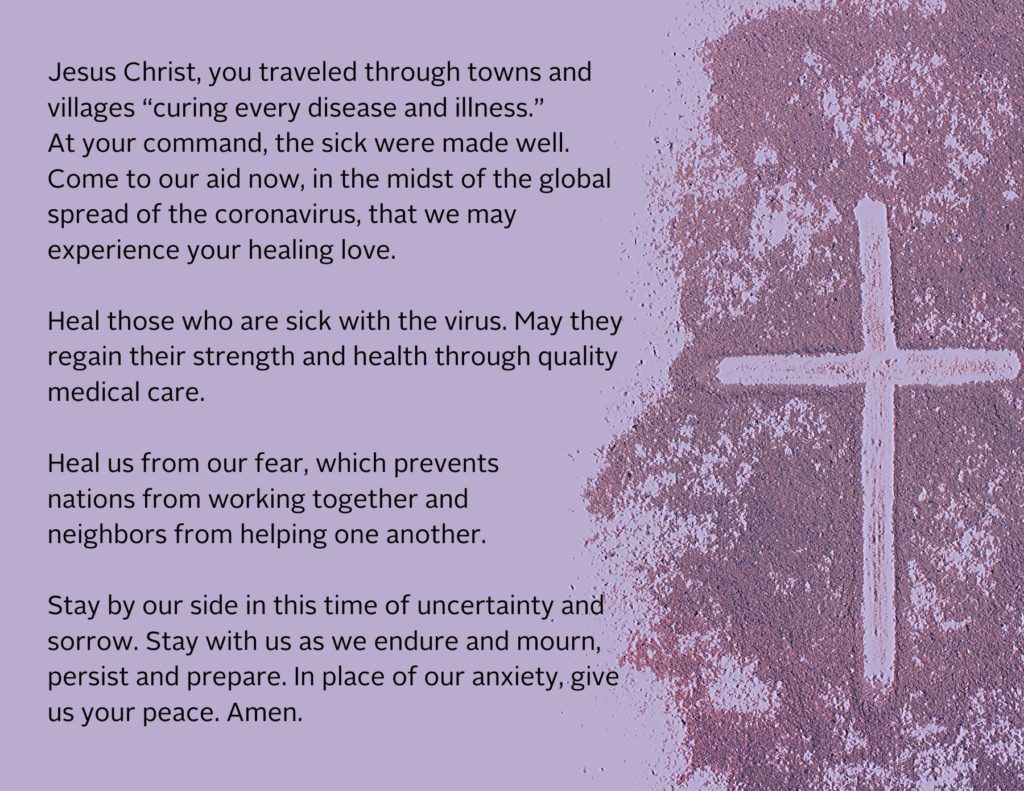