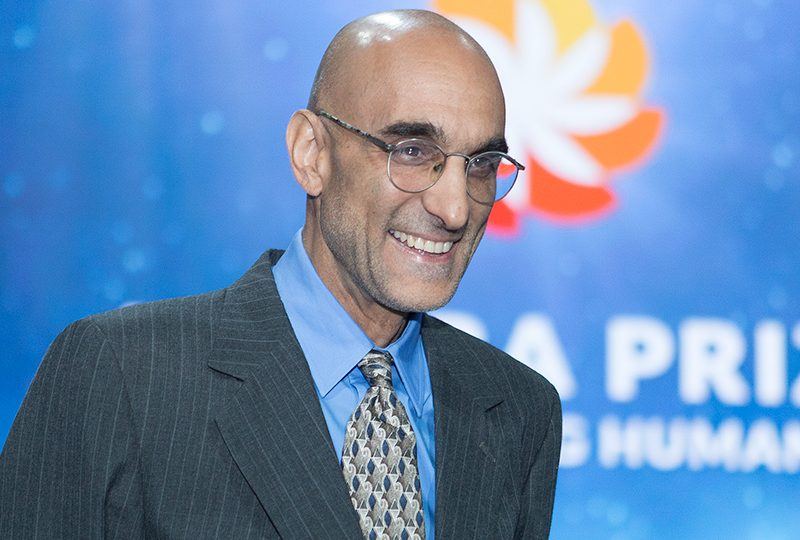 Sunday, May 28, 2017. Today, the Aurora Prize for Awakening Humanity was awarded to Dr. Tom Catena, an internationally recognized humanitarian, Catholic missionary, and longtime CMMB volunteer. Catena was honored at the prize ceremony in Yerevan, Armenia, for his courageous work as the first and only permanent medical doctor serving 750,000 people in Sudan’s war-torn, Nuba Mountains since 2008.

Catena typically treats up to 500 patients in a day and is on call 24 hours a day, seven days a week, delivering babies, performing surgeries, and treating injuries resulting from bombings. He has saved the lives of over 1,700 victims of war and countless others.

George Clooney, Academy Award-winning actor and Co-Chair of the Aurora Prize Selection Committee, commended Dr. Catena by stating, “As violence and war continue to threaten people’s spirits and perseverance, it is important to recognize, empower and celebrate people like Dr. Catena who are selflessly helping others to not only survive but thrive. Dr. Catena is a role model to us all, and yet another example of people on the ground truly making a difference.”

Some people ask me what is the most difficult part of my job. The most difficult part is having to watch your patients die. It is the most excruciating pain imaginable. A child that was hit with an incendiary bomb, burns over 60 percent of his body, dies in your arms. In the female ward, a woman with terminal breast cancer dies. A woman who had a leg amputation dies. A pregnant woman, with preeclampsia, dies during childbirth. A mother is screaming in grief because her baby has just died from measles. In the male ward, a soldier you operated on dies and you are trying to explain to the family what happened. And that’s just a typical day.

You feel all that sadness and it feels like all the grief in the world is sitting on your head, and inside your chest, squeezing you and you just can’t think. And I go outside and when I looked up, I saw a Sudanese plane flying over. They started dropping some bombs and my first feeling was, “Don’t these people know that there are people down here?” Then it occurred to me that they don’t care. They don’t care about me or the Nuban people crouched down here and cowering for our lives.

I think that is the crux of our problems. One group thinks that their lives are more valuable than others. I felt that my life was equal to the Nuba people in the foxhole with me. If we took this one small step, it would be a step toward solving this crisis. Thank you all and God bless you. 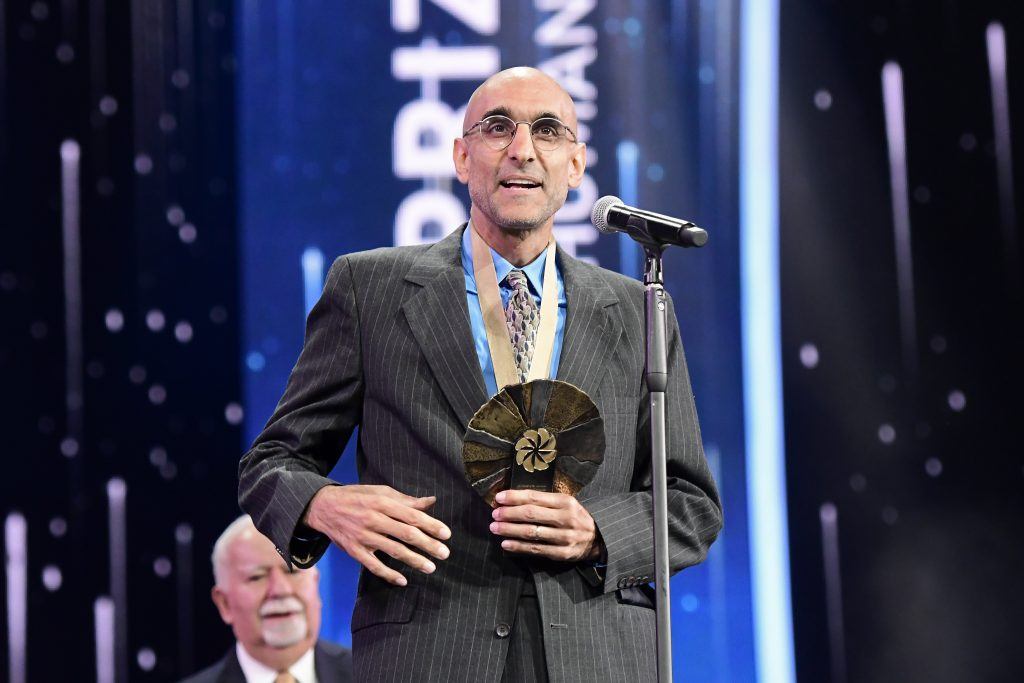 Dr. Tom Catena at the award ceremony in Yerevan, Armenia.

CMMB is one of three organizations that Catena designated in 2017, as the Aurora Prize laureate, to share the $1 million prize. CMMB supports Catena and the 300-bed Mother of Mercy Hospital through pharmaceutical donations and with financial, material, and other logistical assistance.

CMMB President and CEO Bruce Wilkinson said, “Dr. Tom inspires all of us by his selfless dedication to bringing healing and hope in a forgotten and war ravaged part of the world. His humble and long-term service sets an example to humanitarians everywhere and challenges them to recommit to the struggle for justice and protection for the most vulnerable. CMMB is proud to be the longtime partner of such an inspirational doctor and humanitarian. Congratulations, Dr. Tom.”

Despite years of violent conflict, Catena remains in Sudan, saying, “My decision to stay here was a simple one. As the only doctor at the only major hospital in the Nuba Mountains, I could not leave in good conscience. Also, as a lay missionary, I felt it was important to show the presence of the Church in this time of need—to show that the Church does not abandon her people when a crisis arises.”

We all have an obligation to look after our brothers and sisters. It is possible that every single person can make a contribution, and to recognize that shared humanity can lead to a brighter future. With my faith as my guide, I am honored to continue to serve the world and make it a better place. – Dr. Tom Catena

Already internationally recognized as a dedicated humanitarian, Catena was previously named as one of Time’s 100 Most Influential People and was featured in the film The Heart of Nuba, directed by Ken Carlson.  “Dr. Tom,” as he is known in Sudan, was born in Amsterdam, New York, and attended Brown University in Providence, Rhode Island, graduating in 1986 and distinguishing himself at football; he was named an Associated Press honorable mention All-American football player and a first-team All-Ivy pick as a defensive lineman. He earned his medical degree in 1993 on a U.S. Navy scholarship at Duke University and began his missionary career during his fourth year there with a stay in Kenya. He returned to his missionary life after a residency in family medicine at Union Hospital in Terre Haute, Indiana.

The Aurora Prize for Awakening Humanity was founded in 2015 on behalf of the survivors of the Armenian Genocide. The Aurora Humanitarian Initiative seeks to empower modern-day saviors to offer life and hope to those in urgent need of humanitarian aid and to continue the cycle of giving internationally.

View All
September 19, 2022
Filling the Gap at Sudan’s Mother of Mercy Hospital
Read More
March 30, 2022
National Doctor’s Day: Volunteer Doctors at Mother of Mercy Hospital in Sudan
Read More
January 12, 2021
From Volunteer Dr. Jose Garcia: “You Were There in the Room With Us”
Read More
September 7, 2020
Serving Abroad at the Start of COVID-19: An Interview With Dr. Mike Pendleton
Read More
This site uses cookies to offer you a better browsing experience. Read our privacy policy.
ACCEPT