How the Blind Can Help You See 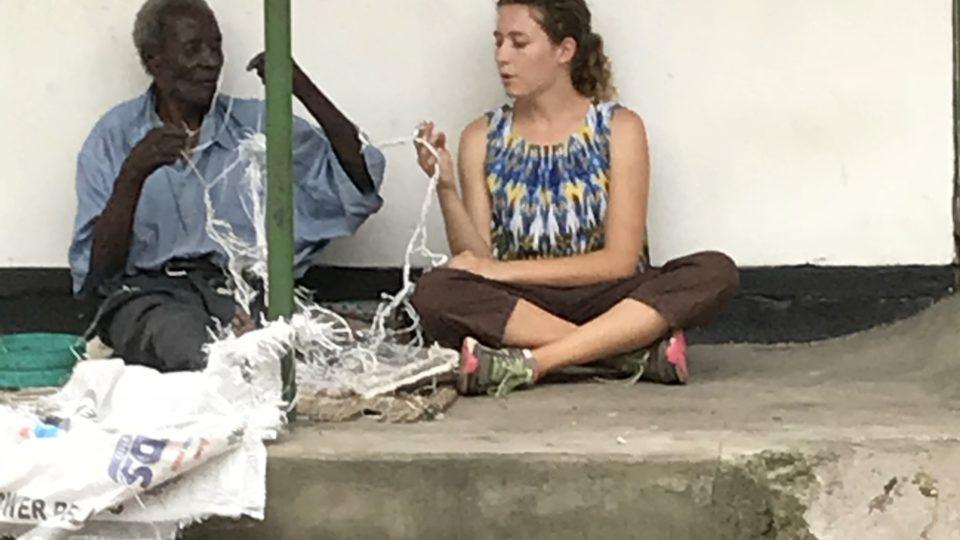 Beverly Farinelli was part of our medical mission team who traveled to Mwandi, Zambia in March 2018. While there, she learned a lot about serving as a nurse and educator in a low-resource setting, but it was an unexpected encounter with a blind man that taught her more than anything. 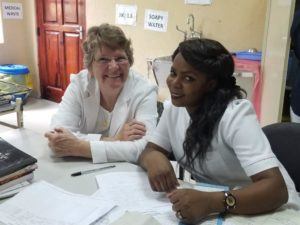 Beverly with a nurse at Mwandi Mission Hospital

In the far corner of the Mwandi Mission Hospital community, tucked away from the dusty, sandy road is an enclave of four narrow concrete block and stone buildings.

Each building provides four, single sleeping rooms with a private entrance facing a shared courtyard.  The buildings have a concrete covered porch extending the length of the building.  It is on the concrete where the residents sit passing time away.  The special residents of this tiny community are individuals with physical or developmental disabilities who no longer have a place with their families.  Their disabilities were another strain on an already heavily challenged lifestyle.  It is here that I met Robert. 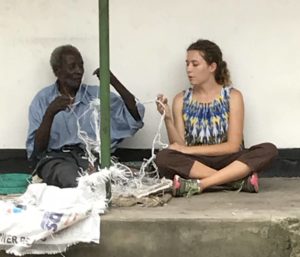 Robert’s frail and bony stature immediately caught my attention as he sat on the unforgiving concrete, with his legs stretched out in front of him.  From a distance, his lap was covered with what appeared to be a frayed plastic feed bag with strings of plastic scattered around him.   As I approached him, I could hear the flies buzzing before I saw them circling around his hands and face.

Robert paid no attention to the flies.  His hands moved quickly pulling on the frays of the plastic bag.  I was now close enough to say hello.  He responded with a broad, toothless smile and bellowed a joyous hello.  It was then I saw his face and looked into his eyes.  Both of his eyes were thickened, yellow-white cloudy spheres, without a shade of color or a circle of black.  Robert is blind. 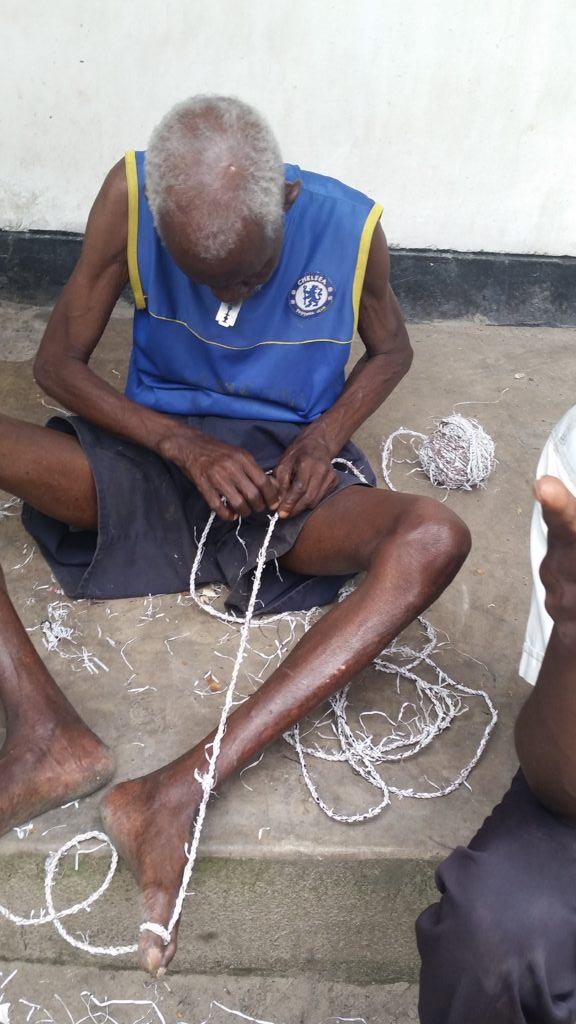 His welcoming voice and his excitement to tell me he was making rope from the frays of a plastic bag completely stole my heart.  His pride in his activity, and his gratitude for a visitor simply were overwhelming to me, and I believe for a moment it took my breath away.

As I spent more time with him, his deep rooted unconditional offering of joy for a visitor’s presence, made me see how much his heart wanted to share his pent up love for life.  The genuine simplicity of his appreciation for the words and touch of another person came from his soul.  His joy is living his life, even though it was a life in which he could not see.

Robert’s blindness was caused by his lifelong malnutrition.  Primarily, the lack of vitamin A robbed him of his sight.  Robert’s blindness could have been prevented with nutritional support. The realization of his plight was profound.  I could clearly see how the world, and I am in that world, is not looking into the eyes of the hungry.  Food does not just relieve pangs of hunger for a moment; food allows a person to see.