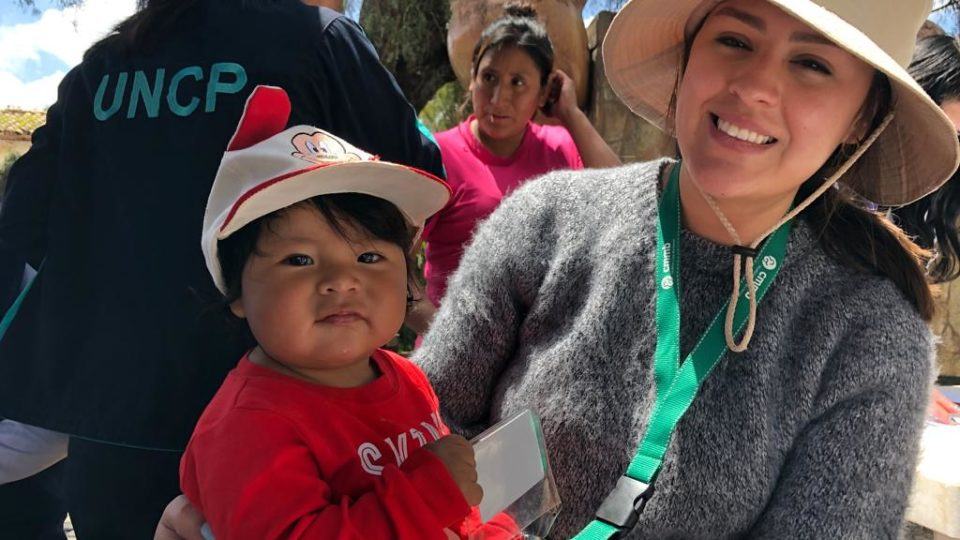 We love sharing updates from our field volunteers — projects they are working on, the challenges they face, and the joys they find in service. We also love to share the story of how they came to be a volunteer. Yamilet Soto is one of our international nurse volunteers. She just completed six months of service in Huancayo, Peru. Here, Yamilet describes what inspired her to volunteer and how she ended up in Huancayo, Peru.

If you’d asked me when I was younger, “Where will you be in 10 years?” never did I imagine I would be here, in Huancayo, Peru volunteering as a nurse in public health.

When I was in high school I had no idea what I wanted to be when I grew up. I still remember the day my dad told me he signed me up for a nursing assistant course and boy, was I angry. In my head he was determined to ruin my senior year of high school (dramatic teen moment). Now, at 26 years old, I could not imagine nor would I want to be anything else, but a nurse.

Fast forward to college and I was majoring in nursing while working part-time as a Home Health Aide. I really enjoyed my job, from adults and the elderly, to bringing care to patients in pediatrics. There are patients I will never forget, patients with severe illnesses preventing them from walking, eating on their own, and even turning themselves in bed. I was lucky they trusted me to perform such vital tasks for them, and I will never forget the grateful look on their faces nor the sadness or pain that at times filled their eyes. It made me appreciate the ability to move my limbs, to run, jump — the little things.

In 2016, I graduated from university with my Bachelor’s of Science in Nursing. 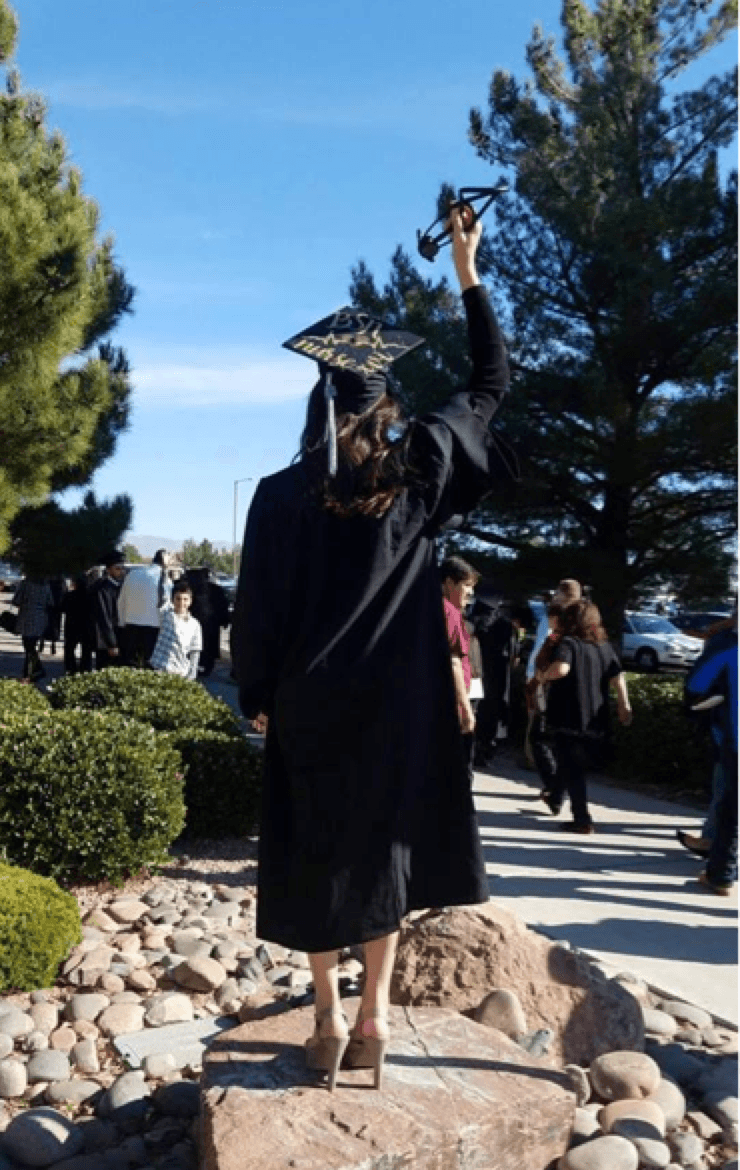 I passed my boards and obtained a job at a trauma hospital in Albuquerque, surgical specialty unit — I loved being a nurse. I was well settled, enjoyed my job and learning a lot. Then, as my 25th birthday approached, the idea of quitting my job to travel, and afterwards volunteering internationally got stuck in my head—a wild idea, met with disapproval or “concern” by many people including, my father. Though I was afraid of making a mistake, I quit my job and kick-started a six-month journey with a friend in Tanzania. Then, after parting ways, I traveled Europe, South East Asia, and Australia. That time flew by and I cherish every single moment. 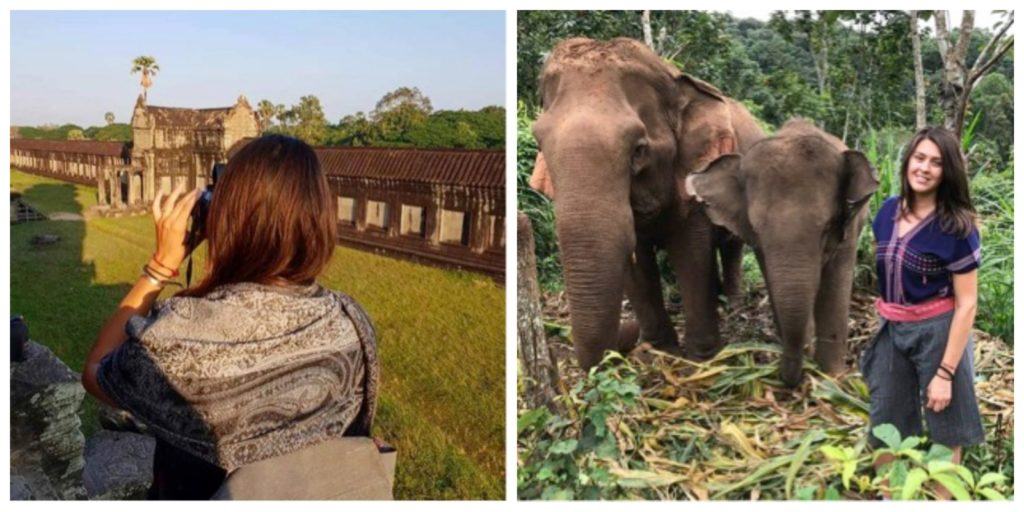 Yamilet at the Angkor Wat Temple, Cambodia (Left) Yamilet with an elephant in Chiang Mai (Right).

While on that journey, I saw lots of poverty and disparity— people who worked from dawn to dusk, who mentioned they worked six to seven days a week and earned very little. I wondered about their struggles, how they lived, what access to healthcare they had.

It took me back to Mexico when my dad was hospitalized for a fractured tibia and fibula. He was able to purchase the medications and supplies required (IV fluids, metal plates & screws for surgery), as they were not provided by the hospital. He was able to get surgery as soon as possible because he could afford it. Meanwhile, in the next room was a gentlemen in his twenties who had been in a car accident sustaining multiple fractures. But, he was pending surgery for over a month because he could not pay for the supplies and the procedure.

I’ve wondered why people have these struggles — why them and not me? I imagined other countries that are worse off in extreme poverty. There is much despair in the world, social injustice, poverty — it strengthened my desire to volunteer. The idea surfaced in nursing school and became a goal for my nursing career. I was set on going abroad, to serve in countries where their resources and access to healthcare lacked, though I didn’t imagine it would happen this early on.

So with my six-month travel journey coming to an end and my search for a volunteer opportunity beginning, I knew I wanted to volunteer in a Latin American country. Having lived in Mexico as a child, I grew up witnessing poverty and disparity in my community along with the strong connection with my roots and loving the warmth of Latin people and their culture. After many hours of searching I found CMMB. I admired the work they did, the projects they carry out, and that the programs are run by local staff in-country. They were genuinely the NGO with sustainable, long-term projects I was searching for.

So again, here I am, in Huancayo, Peru, “The Andes”, volunteering with CMMB. We work towards preventing and treating Anemia and promoting healthier lives. 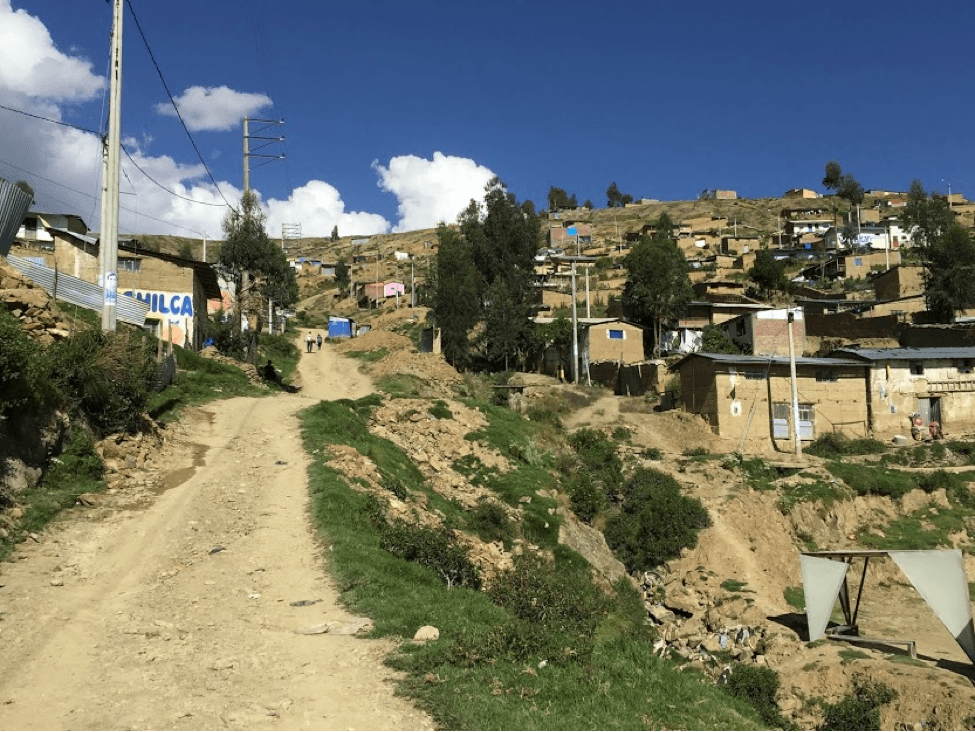 La Esperanza is the sector where I have been assigned to work. Many homes are on hills and lack adequate access to clean water. Many of the people who live in this area have migrated from smaller towns and rural areas.

My work is focused in “La Esperanza,” a sector filled with the poverty that troubled my thoughts in Tanzania, Turkey, and South East Asia, that lacks access to clean water and healthcare. 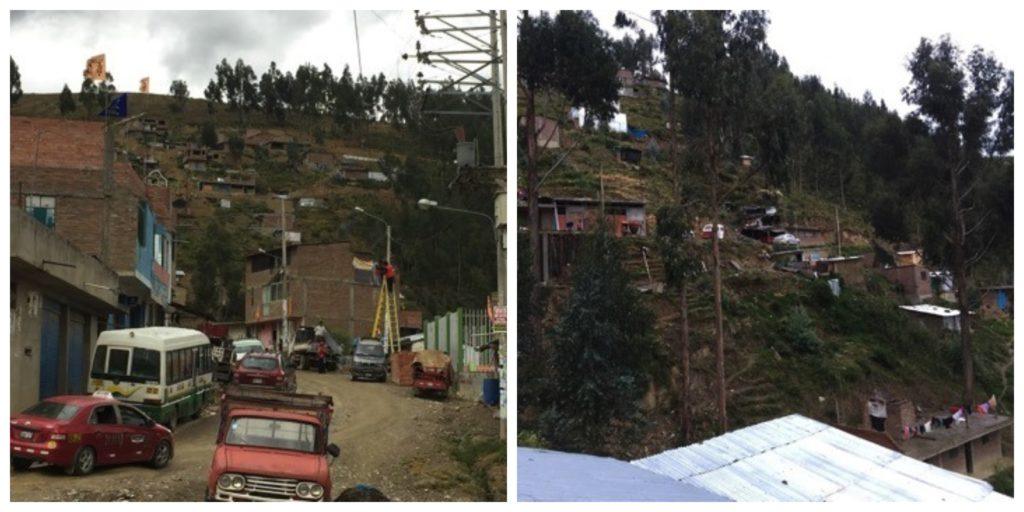 Community members may only have an elementary or middle school education and thus don’t know, or understand the dangers of anemia and importance of healthy practices. But still, they are so kindhearted, friendly, welcoming and eager to learn about how to improve the lives of their little ones and their own.

Thank you, Yamilet for sharing your story! We can’t wait to hear more stories from the field!

On International Volunteer Day: A Letter of Thanks to all our Volunteers
Read More
October 4, 2019