After Matthew: No Bridge 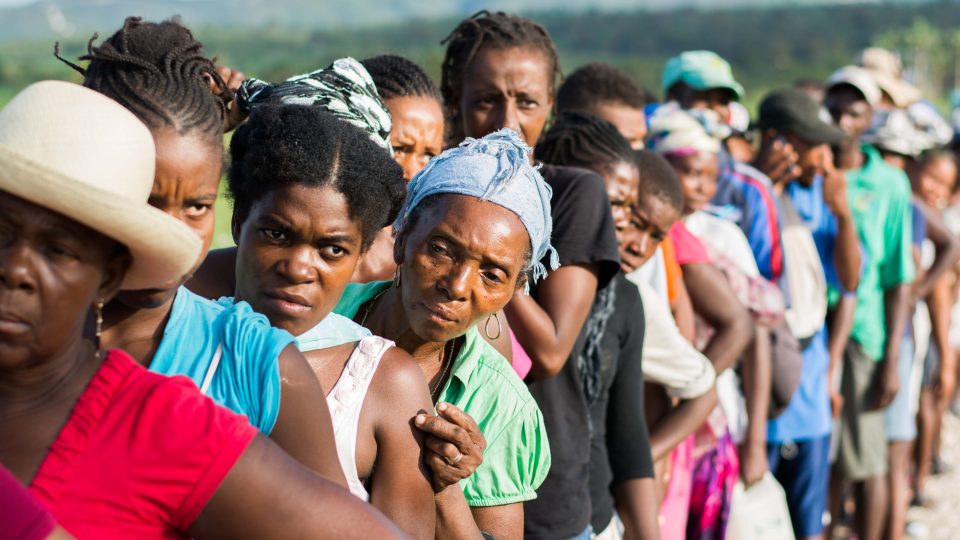 It’s hard to cross a river without a bridge. I learned that on Sunday. It was a very long Sunday.

Before our team of vehicles even left Port-au-Prince we received word that the trucks that left the day before never made it. One got stuck in a river. And then it got looted. Nothing was left. So it goes.

On Sunday, in an effort to avoid this crossing, our trucks took another route, this time through Fond-de-Blanc. The further southwest we traveled, the more damage we witnessed. Most striking to me was the impact the winds had on the banana/plantain crop. Very few remained unbroken. Just like that, a vital source of food and income for these communities is gone.

The caravan arrived in Côtes-de-Fer where we had heard the bridge into town had collapsed. It most certainly had. It was completely impassable.

This is a big problem as it will impact not only access to the community but create more delays in finishing hospital construction.

Some locals directed us to a place in the river where they thought we could pass. When I first saw it and one of our 4x4s get stuck in the mud I thought, “no way.”

But there were already people waiting for us on the other side. So we tried.

I lost count of the number of times the trucks got stuck.

We spent hours and hours trying to cross the river. I watched our CMMB employees mobilize the community to help us cross.  I baked under the sun watching the tireless efforts of these local men dig the trucks out time and time again. Meanwhile, I hung out in the river trying to impress some of the local kids with my Kreyol.

At the time when I arrived to the site of the BJS Hospital there was a line of people waiting to receive kits. Our Cotes-de-Fer staff in conjunction with the community health workers had identified the families with greatest need the day prior, including those that were seeking shelter in our hospital, and provided them with a ticket. Their work in doing this is to be highly commended as it made distribution a simple and coordinated process.

I stayed and helped distribute the first round of kits. By then it was nearly sunset and my car had to return to Port-au-Prince (we didn’t know it at the time, but the night still had a flat tire and empty tank of gas in store for us). The CMMB CDF staff put in the extra hours to see the rest of the distribution was completed. Again, I can’t speak highly enough of these dedicated team members who worked tirelessly, not once complaining.

I will stay in touch as relief efforts at CMMB Haiti continue.