One Month Later: Haiti from the Eyes of a Volunteer 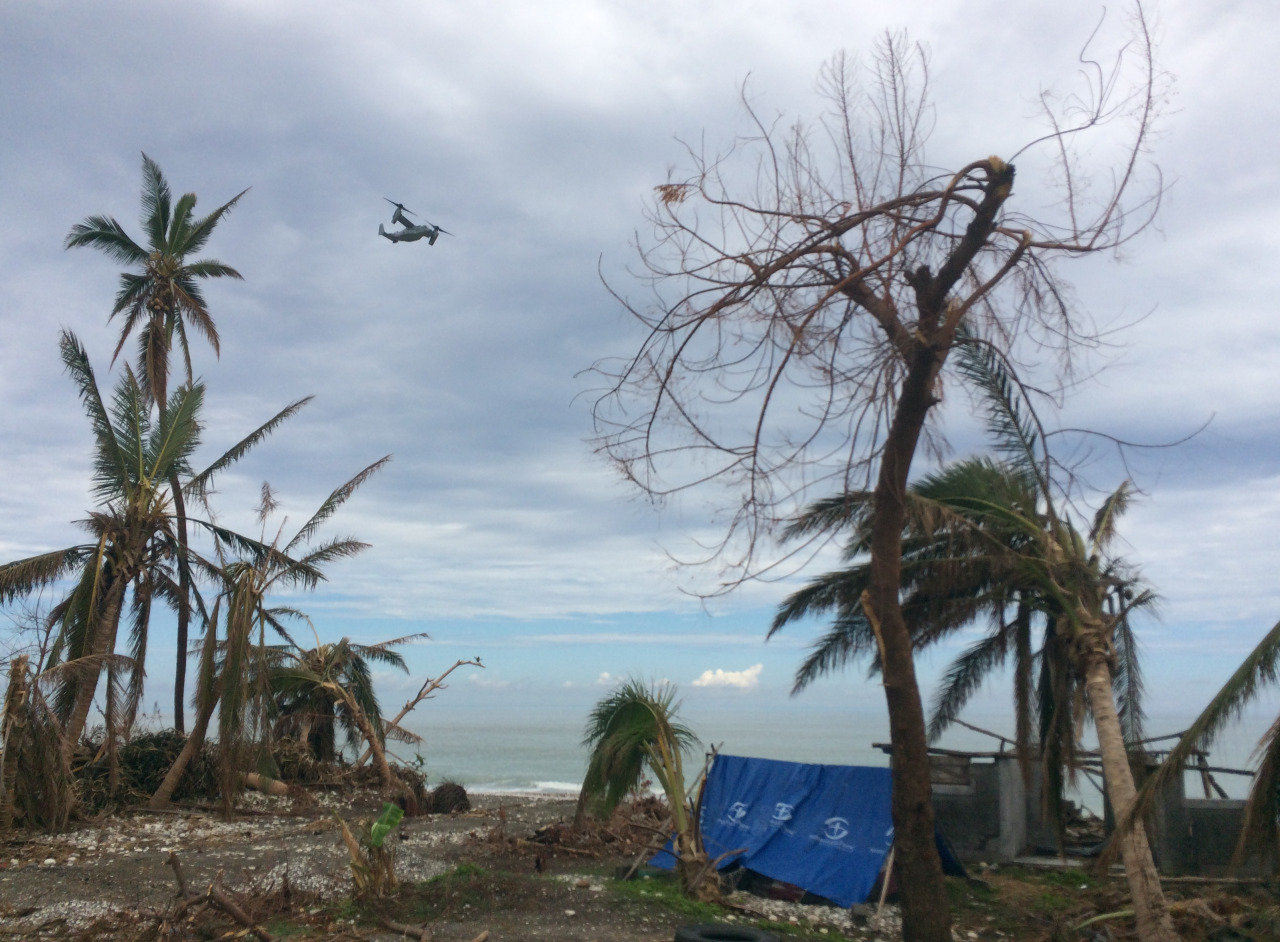 I remember the first night I spent in Jérémie after the storm. There was dirt splattered on my arms and legs. My neck was sunburnt. I felt hot, but my clothes were damp. Taking a shower that night felt surreal. And I struggled with the reality that most people in that region didn’t have the luxury of bathing.

As I crawled into bed I looked up at the ceiling and thought about all of those people that would be sleeping on the damp earth, without the protection of walls and a roof. While I was thankful to have a safe place, I felt uneasy pondering this injustice. And then I heard thunder. A roaring thunder. And within 10 minutes a relentless downpour began. My thoughts returned to those without a home.

As the news on the hurricane has faded from the media, attention regarding the situation in Haiti has also dulled. The storm may have passed, but the worst is yet to come. Rains continue nearly every day. This has resulted in worse flooding in areas of the south; it is washing away remaining structures and further limiting access to aid. Lives continue to be in danger.

175,000 people are residing in over 300 shelters. Many of these structures are schools, which means that many schools remain closed. This is a major setback for children trying to better their lives and chances through an education. To make matters worse, these buildings lack basic infrastructure. There is insufficient access to sanitation and inadequate water filtration to serve these large groups of displaced people.

As you likely know, this raises concerns about the transmission of water-borne diseases, such as cholera. It is estimated that there have already been over 3,000 cases of cholera since Matthew hit. But to only speak about the threat of cholera would mean disregarding the grave risk for other infectious diseases. Pools of standing water continue to serve as a breeding ground for mosquitoes, which means malaria, dengue, Zika, and other mosquito-borne illnesses will spread. Given the extensive amount of debris on the ground, tetanus is also a huge concern.

Some reports say that 100% of crops have been damaged. This fertile region of the country not only sustained itself but provided food for other parts of the country as well. While some banana trees have already begun to sprout new leaves, it will be years before the crop of other fruits, such as mango trees, are producing fruit again. Additionally, the loss of livestock was devastating. One report stated up to 90% of poultry stock was wiped out. The devastating reality is that these regions could face famine in the coming months.

Let’s not forget the people who survived the storm. Many of their lives are hanging in the balance.

We can make a difference.

Currently, 1.4 million people are in need of urgent humanitarian assistance. This wasn’t a natural disaster that came and went. This is an active disaster that continues to play out in front of us. 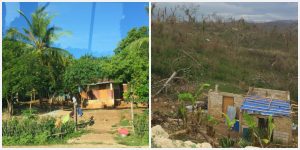 These photos compare two homes along Route National 2 in August of 2016 versus October 2016. It isn’t the same house, but it serves as a worthwhile comparison. It is hard to appreciate the magnitude of the damage without knowing how lush and beautiful this part of the country was before the storm.

Brittany Jonap is a volunteer in Haiti. Read her blog and support her work!

Inspired by her work? Check out our volunteer opportunities!