International Day of the Girl Child 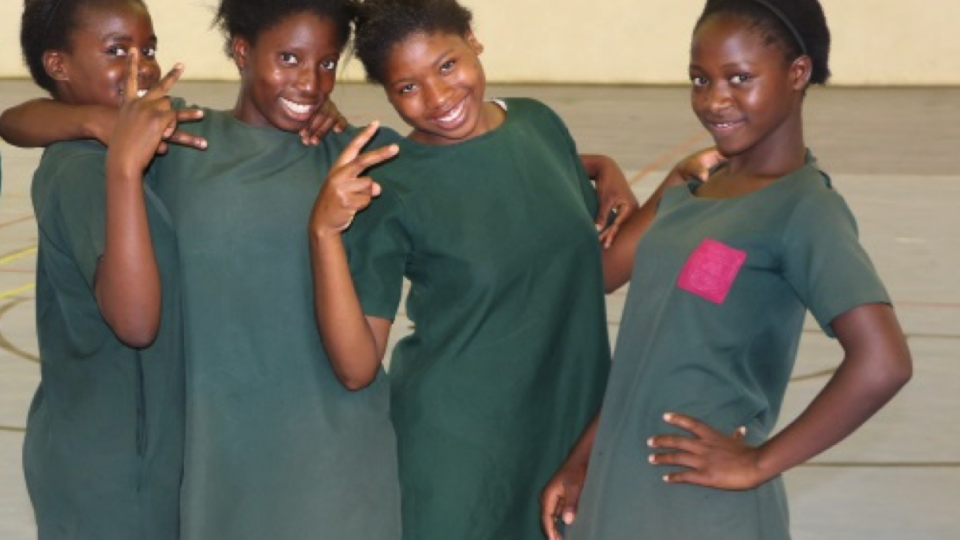 The UN officially declared October 11 the International Day of the Girl Child back in 2011, in response to the institutional discrimination and inequality faced by girls globally. In this piece, Kay Woods reports on the events around this international day from Lusaka, Zambia.

Of the nearly 7 billion people on the planet, 1.1 billion are girls. Age aside, girls and women make up half of the human population. And yet, due to a preponderance of disadvantages, lack of equal opportunity, and discrimination experienced by girls around the world, many never reach their potential. And when females fail to reach their potential the world also fails.

“Removing the barriers that keep women and girls on the margins of economic, social, cultural, and political life must be a top priority for us all – businesses, governments, the United Nations, and civil society.” – UN Secretary-General Ban Ki-moon

International Day of the Girl Child has a mission: “to help galvanize worldwide enthusiasm for goals to better girls’ lives, providing an opportunity for them to show leadership and reach their full potential.” It aims to increase awareness of the inequalities that exist for girls globally.

Did you know that more than 62 million girls around the world have NO access to education? Or that worldwide, girls between the ages of 5 and 14, spend more than 160 million more hours on household chores than boys the same age!? More than 1 in 4 girls is married before the age of 18!

In addition to highlighting these gross inequalities, the day also helps to highlight what could happen if we started to remove them. For instance, if girls go to school and get educated, it helps reduce the rate of disease AND helps to strengthen a country’s economy.

A child born to a mother who can read and write is 50 percent more likely to survive past the age of 5.

What gets counted, gets done.

The purpose of this year’s movement was to raise awareness about the lack of and inadequate use of systematic analysis of girl-centered and girl-relevant gender disaggregated data. It is a call for action to increase the investment into collecting and analyzing this data. It is the only way to start fulfilling the Sustainable Development Goals.

Educated mothers are more than twice as likely to send their children to school. 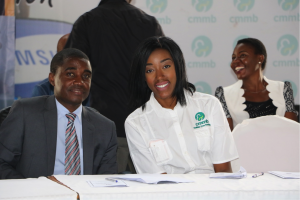 There are girls who are married off at an early age.

“Without progress for girls, there can be no real progress.”

A number of girls are being left out of the count when we investigate these issues; silencing their voices and further limiting their ability to learn and progress. What is counted is what is done. If we are not investing in the collection and analysis of data on the issues holding girls back, what progress can be made in their lives? After all, we know that when we empower a girl we also build up their households, communities, and countries as a whole. 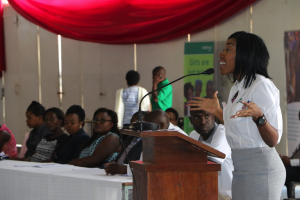 CMMB believes in the power of investing in girls and readily jumped at the opportunity to partner with the Ministry of Youth, Sport, and Child Development’s Program for the National Commemoration of the International Day of the Girl Child at the Olympic Youth Development Center in Lusaka, Zambia. There were over 300 people in attendance, including representatives from government, civil society organizations and most importantly, hundreds of girl children.

A girl with an extra year of education can earn 20 percent more as an adult. 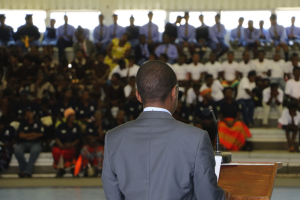 The commemorative event carried its own tagline corresponding with the overarching theme: “Girls Education-Key to National Development.”  In addition to speeches, there were performances from an African drum and dance group and children’s poetry ensemble as well as plays by two drama groups, all that elaborated this theme through their unique interpretations. Volunteers from the Kusamala Child Protection Systems Strengthening project performed a drama and I was the director of ceremonies, working hard to keep the energy high as girls and young women were entertained and taught about their ability to influence change by thriving and learning. 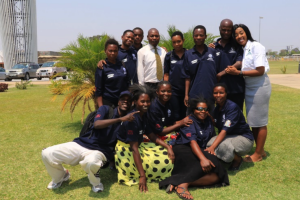 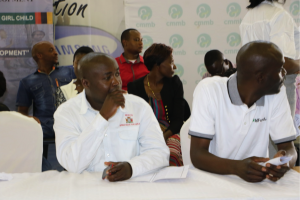 In a world where the American election is flanked by gender issues and open displays of disregard for women, it is critical for power players and key actors to begin the conversation of how we can mobilize in an effort to empower girls.  This year we talk about data, next year who knows, but the most important thing is that we need to start talking. Allow the conversation to take shape around girls in your community, and let’s help them to impact girls around the world. 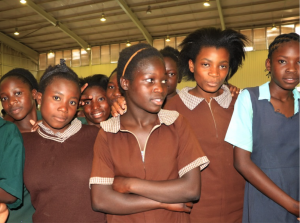 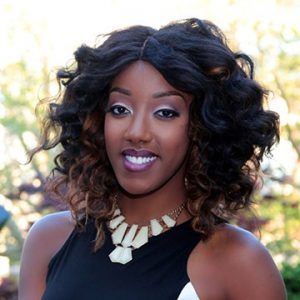 Kay Woods is currently a Global Health Corps Fellow in Zambia. She studied global health program design, monitoring, and evaluation at the George Washington University in the District of Columbia. During her studies, Kay traveled to South Africa, Dominican Republic, Haiti, and Peru applying monitoring and evaluation tools. Kay has an interest in mobile health technology and has worked developing an app that tracks health data in the field known as SheWins. Kay earned a master’s degree in clinical psychology from Columbia University in New York City. She has worked with children and families as a clinical psychologist in prison mental health and competency for Brooklyn Supreme Court. Kay has been on a mission to promote mental health and help to make effective treatment and prevention accessible across the globe.