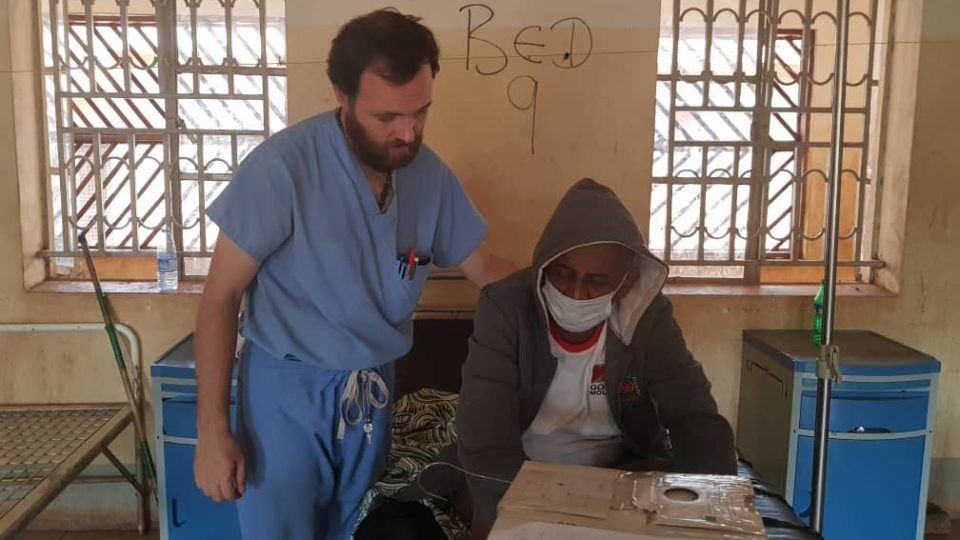 Dr. Daniel Maxwell is a volunteer doctor who served at the Yambio State Hospital in South Sudan. In the piece below he reflects on his experience working at the hospital, adapting to cultural norms, and making due with the resources available.

The days are long, but the months are short. It has been quite a while since I wrote anything, so I thought a little reflection on time would be fitting.

The Azande people have a different view on time than, say, most Americans do. While this kind of difference between cultures is common, for the Azande the unique perception of time is baked right into their language, Pazande. A brief disclaimer: I have no grasp at all of Pazande orthography – these are my best phonetic guesses.

The word for “yesterday” is the same as the word for “tomorrow” (“gba”). The word meaning “first,” can also mean “before” (“mbata”) and is used to refer to things ranging from Monday (“Mbata Sunye”) to “a long, long time ago” (“mbata koosayo”).

The word for “today” refers not to the day but rather to sleep cycles, the word for “minute” is roughly translated as “itty bitty hour” and there is no word for “second,” as a unit of time.

Perhaps most telling, there is no word for “when.” None at all. As I was trying to learn some basic phrases for the hospital, that concept took me a while. You can use a workaround by asking “At what hour?” As almost no one has a watch and most patients don’t have cell phones, the answer usually involves pantomiming the position of the sun in the sky at the approximate time of the event in question’s occurrence.

These sorts of things do make understanding a person’s illness difficult at times, but at Yambio State Hospital we carry on. By brief explanation, it is the government hospital here and the only hospital in town. It covers a large population, with patients coming from as far as the Democratic Republic of Congo (DRC) at times, and it suffers a great deal from the lack of nearly everything. 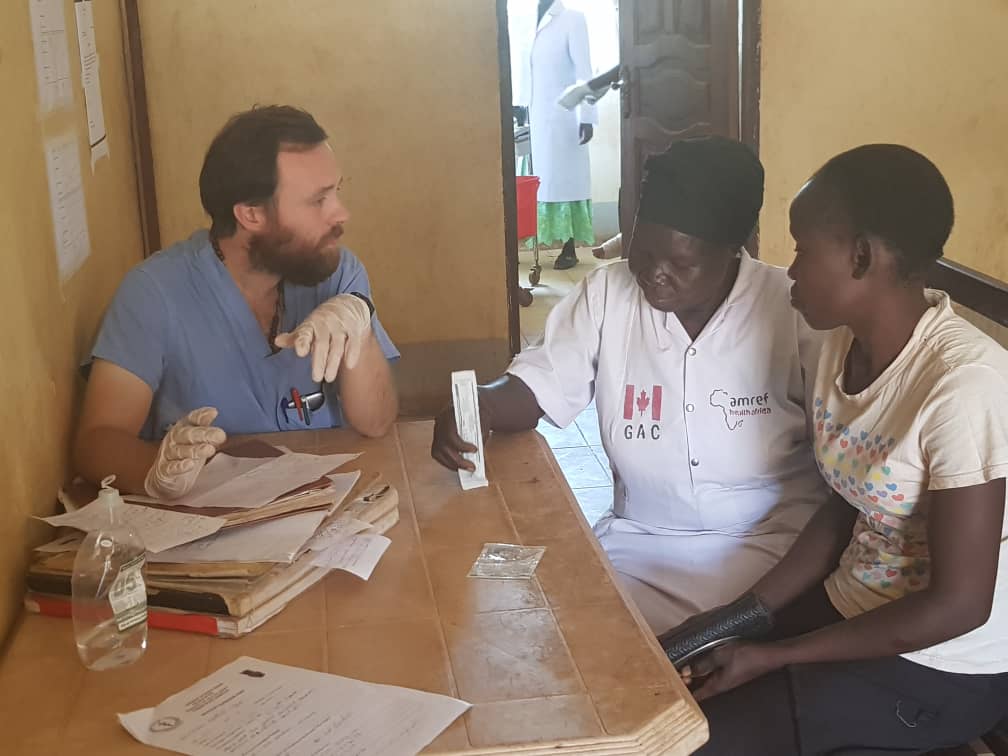 In the medicine ward, I am the only doctor. The nurses are paid almost nothing. Whatever you’re imagining, it is likely an honest 100 times greater than what they are actually paid. We run out of essential medicines with some regularity. There is no running water, there is electricity only when the generator is on (which is only a few hours a day), and even the most basic hospital supplies (like clipboards to write on) have been constructed from leftover materials and spare office supplies.

With the Pazande grammar’s view of time in mind, here are a few moments from the hospital over the past few months in no particular chronological order. Some are lighthearted, many heavyhearted, all being borne up quietly by the people here – whether they are Azande, members of another South Sudanese tribe, or from some far flung place.

While the goats, stray dogs, rats, and roaches that live in/around the medicine ward usually cause no problems, other wildlife can disrupt the day: the Ebola Treatment Unit had a kerfuffle when a venomous snake was slithering around inside, making it possibly the least appealing place in Yambio for a few minutes.

A patient’s husband said that his hands were numb and wanted help. He explained that his hands had been numb ever since he was tied up for a day in the jungle by rebels. The next day, I was told that the truth of the matter was that he was tied up by other members of his village. They used the opportunity to burn the implements of witchcraft he had been using to cause rain to fall on certain crops and not others.

A poor man whose body had been withered by HIV and whose entire left leg was covered in mounds of wet, infected tissue tried to get out of bed a few moments after I went to get some supplies. I came back to find him dead, with his head resting on the side of the bed, kneeling on the floor. The nurse and I carried him back into bed and a friend of his later came to take his body.

Over the holiday, when there were often no staff at all, two clinical officer students volunteered their entire holiday break to help and to learn in the hospital, often working ten hour days with no break at all for food or rest.

I sat by a man at the hospital gate at the end of one day. We exchanged some pleasantries, and he asked if I remember the older man who died in the hospital a few weeks ago. I said I did remember him, and the man sitting next to me said that was his father. He didn’t seem upset. I told him that I hoped that someday we would have the medicines he needed and that I was so sorry to hear about his loss. He said, “It is our way.”

It doesn’t have to be.