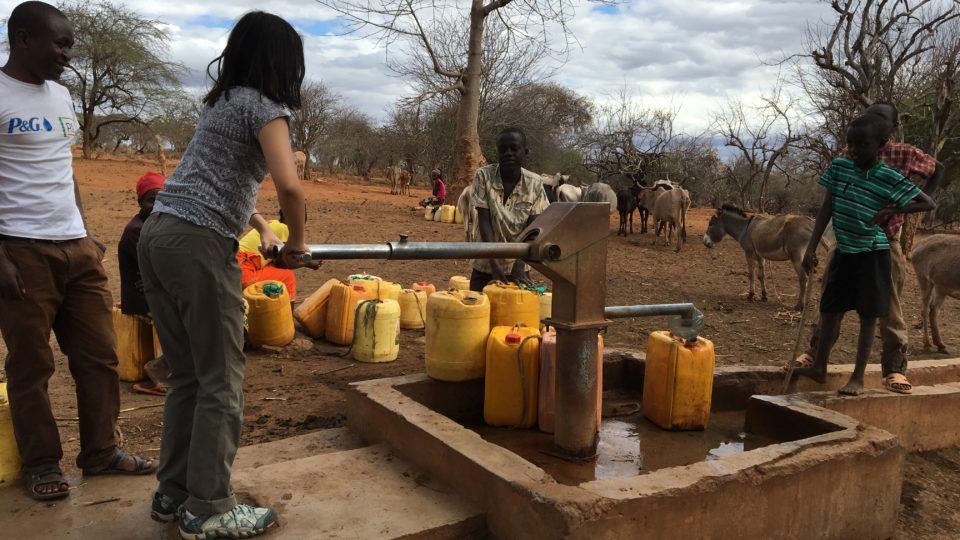 Cathryn Espadero began her volunteer journey with CMMB as an intern at our NYC office, working with our programs team with monitoring and evaluation support. Then, wanting to put her education and experience into practice in the field, she committed to serving for eight months in Mutomo, Kenya. While there, Cathryn was pivotal in creating a strategy for the country office’s monitoring and evaluation practice.

We recently had the opportunity to talk to Cathryn about her experience; about the things that surprised her, challenged her, and how she plans to move forward now that she is home.

Why did you choose to volunteer with CMMB?

When I studied monitoring and evaluation (M&E) in the global health setting, I noticed a lot of gaps and I wanted to learn more. I saw CMMB as an opportunity for me to explore what I had learned in a real world setting. CMMB offered the experience of working in two contexts – with the programs team in the New York City office and the field office in Kenya.

What surprised you most?

Water and the constant challenge to find it. People – especially women and girls – spend so much of their time collecting water. 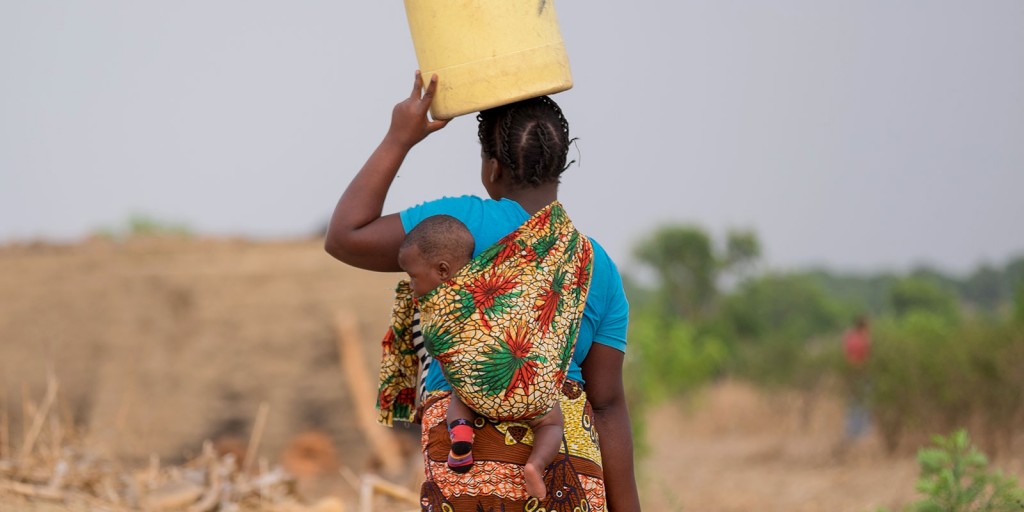 I went around the communities with CMMB’s water and sanitation (WASH) officer. We were doing spot checks to see if households were using the water purifying materials that had been distributed to them, thanks to P&G! I remember passing by this very long line of people waiting at a water source. It was here that we came across an older woman.

She told us that she woke up at four in the morning to walk to the water point, and then in line around seven. By the time she actually got to the front of the line, it was around 10 and she still had a three hour walk home, this time carrying 20 liters or more of water! That’s nine hours! This woman spent most of her day collecting water. I am telling you, it is one thing to know that people go through such lengths to access water, but it is another to actually see it.

We often forget just how valuable water really is. Witnessing this – hearing this story – was the moment I realized just how difficult life is in Mutomo.

When I arrived back home, I experienced a reverse culture shock. I remember just watching people and thinking, “These people don’t have to worry about water, or their safety, or what food to eat.” It was a feeling of happiness for those who had this and such deep sadness for those who did not. It’s really an intense moment when you look at your place in the world.

I worked mainly with the CHAMPS team, doing monitoring and evaluation. M&E is the process of tracking data to ensure both organizational accountability to our donors and stakeholders, but also to see whether our programs are actually running the way that we want them to run. We look to see if the programs actually produce the social impact that we are intending to produce. So, that involves a lot of stakeholder feedback and studying of our social impact. 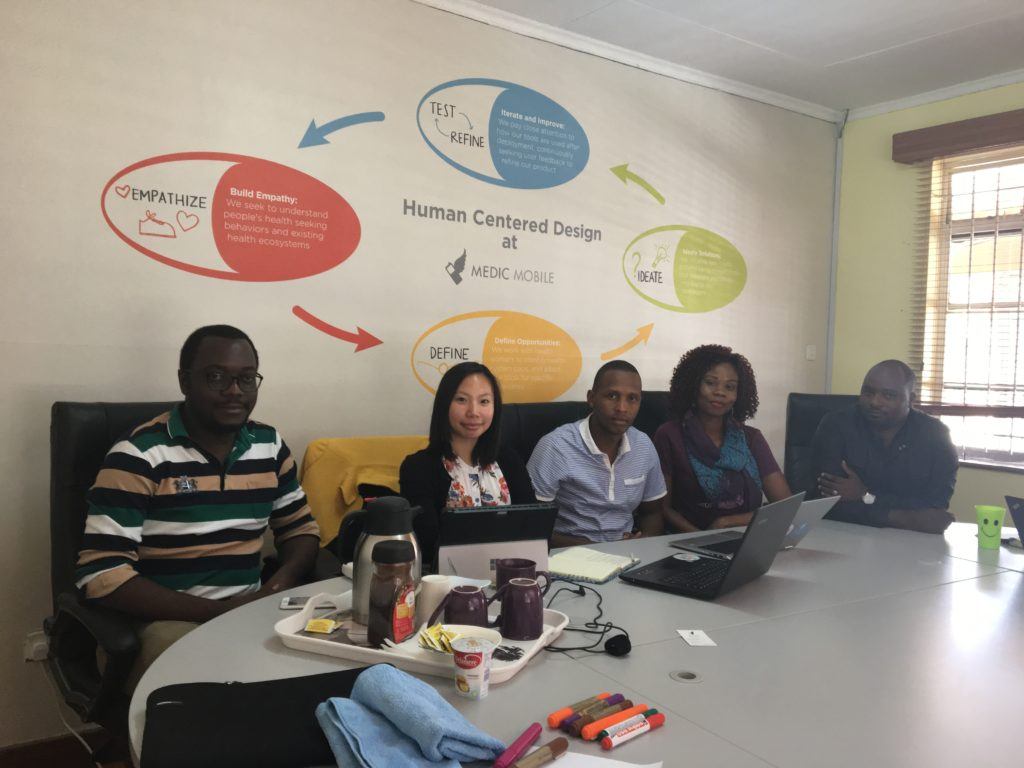 I also did work around designing logic models for each of the existing projects, and basically facilitating the selection of indicators (what we want to track and how we want to track them). The important thing to know about M&E is that it can’t just be used for donor accountability. We have to actively use M&E to improve our strategy and the way we do things. It’s not just about measuring how many people we have reached, it’s also about looking at whether or not we are reaching the people that we want to reach. We have to ask: are we giving people the services that they actually need and do the communities appreciation the intervention? Community perspective is very important when it comes to these things.

When I came to Kenya, M&E activities were occurring. For example, every month community health volunteers would meet with the Kenya office team to provide feedback about their experiences working with the community. They would identify what they had managed to accomplish and the challenges that they faced.

During one of the feedback meetings, we discovered that the community believed the water purifier sachets were dangerous. Rumors had spread that the purified water had killed chickens among other myths! It was important that we respond to this so planned to go into the community to address the concerns. First, we did some investigation to find the source of the misconception. During the process we visited different elders and village leaders and also made visits to several households. This was an example of an informal method of feedback collection. Eventually, during a community meeting – where respected community leaders joined CMMB staff – we were able to correct the misconception. And now, I think we are better prepared to handle similar situations.

Tell us about the people you worked with in Kenya

Honestly, I have so much admiration for everyone on the Kenyan staff. Their dedication continuously reminded me of how important our work really is. I’ve never come across people that put so much time into their work than the people in Kenya. They are the most hard-working people I’ve ever met.

There were many days when I did not leave the Kenya office until very late and I was never alone. There was always one coworker who was always by my side. He said that when he thought of leaving early, he thought of the one pregnant women, or the one child he might not be able to reach. This is something that really left a huge impact on me. 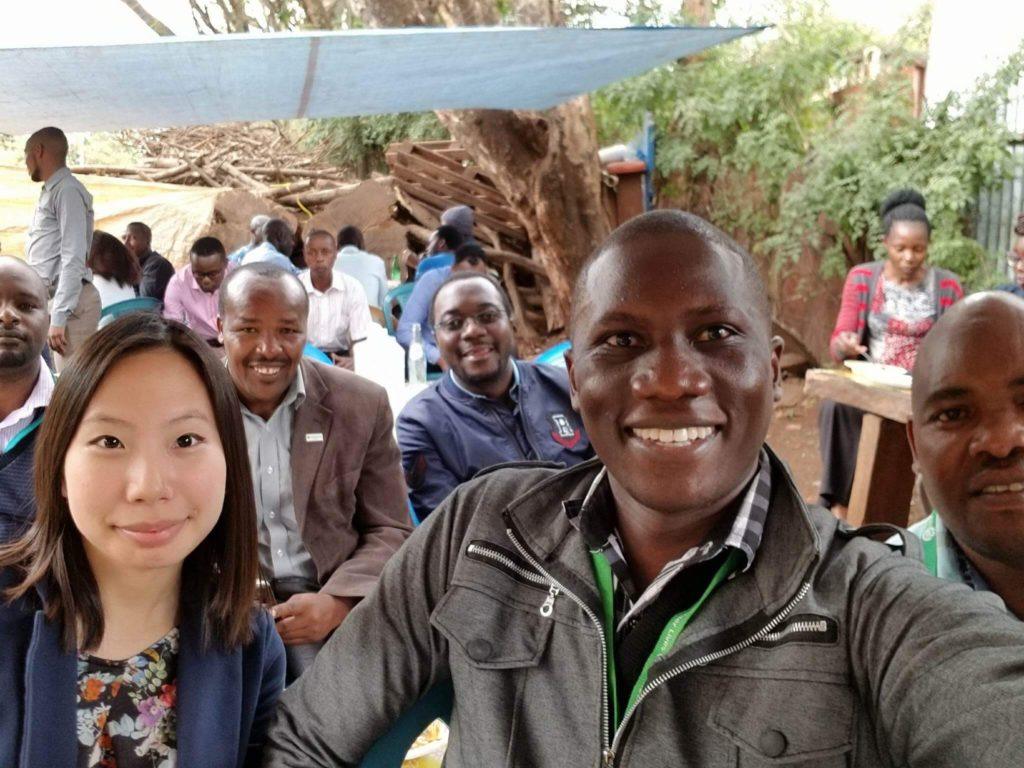 Mary Cathryn with some of her colleagues

Can you describe your experience in one sentence?

No I really can’t. Whenever someone asks me how Kenya was, I can’t say that it was either great or bad- it was always different. Usually, what I tell people is that I grew up a lot. My time in Kenya was a really humbling experience. I went into it knowing that whatever I did, it had to be valuable to the CHAMPS team. Sometimes you come across people in the development field who go into a community and are determined to make a big change.

They have that “savior attitude”and the change they end up making doesn’t always apply to the people in the community. I knew that whatever I did while I was in Kenya, had to be valuable to the Kenyan people, and had to be in collaboration with the Kenyan team. I asked them, “what do you think should be my priority?” I made my plans based on their needs. 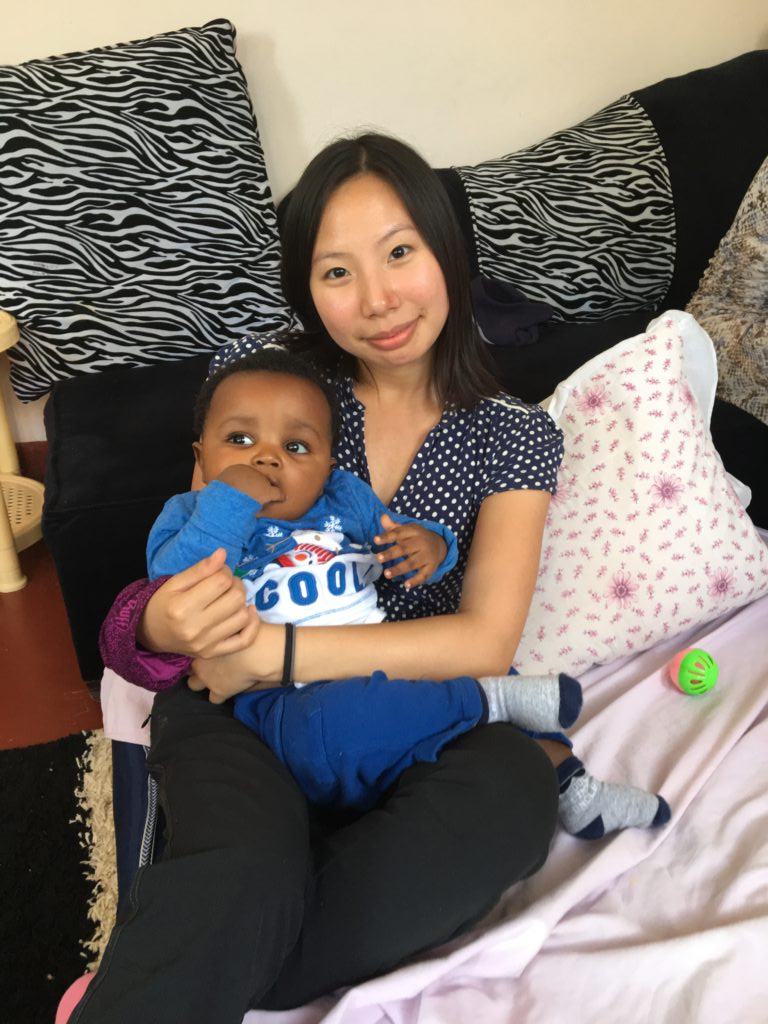 Mary Cathryn and a little friend she made in the community.

I think I’ve just learned to be humble about what I can and can’t do. Even though I am home now, I still commit about one day a week to do work for Kenya. I am doing whatever I can. You know, even if you can’t do what you planned or hoped to do, you do what you can.

Is there anything you wish you had known beforehand? Do you have any advice for others pursuing a similar volunteer position?

Intuitively, I would say, don’t volunteer internationally if you want to change the world. You go to a place like Kenya, and people are already doing work. As a foreigner, you don’t know the whole context and you don’t learn right away what type of work is being done.

The best thing to do when you get there is to listen and to see how you fit in. I’ve met a lot of volunteers from other organizations who come in thinking that they’re gonna change everything. When it doesn’t work they get frustrated. Usually, the reason it doesn’t work is because they don’t actually listen to the communities. If you go expecting to change the world, don’t go. But, if you have a sincere humility to support the work that is already being done, then go. Don’t do the things that you want to do, do things that are needed. When I was there, I realized that sometimes these smaller tasks were more important than building the M&E system.

Has Kenya changed or influenced the path you’re going to take now?

I now know that I would prefer to work in developing countries, and my time in Mutomo affirmed that. I am at the point in my life where I am still developing my skills, and I want to be able to understand needs at the community level. So, I want to work somewhere that gives me close access to my stakeholders. 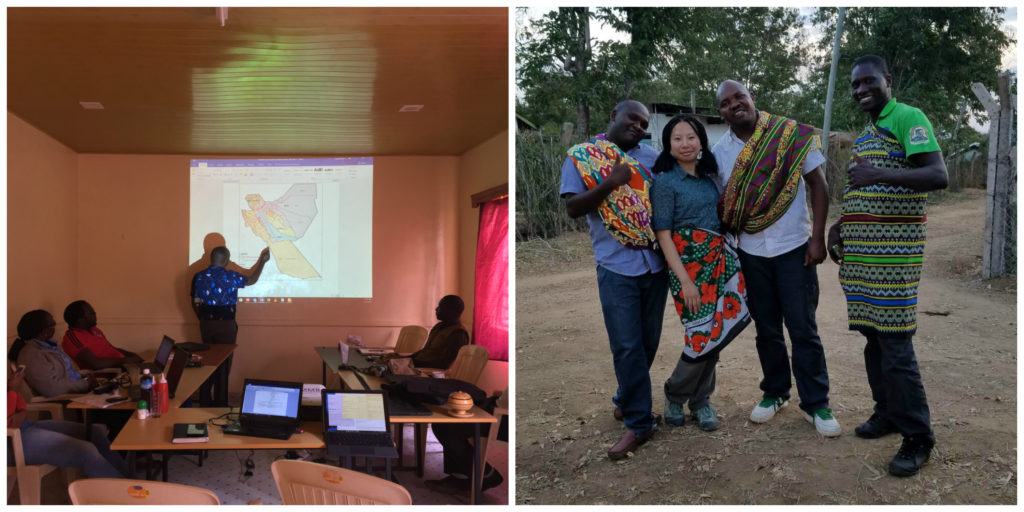 How has this experience impacted you as a person?

I think I learned that it’s not my responsibility to change everyone’s minds and to change culture. I’m here to serve and do what I can given the amount of time I have.

“If you ‘re going in there to change the world, you can’t.”