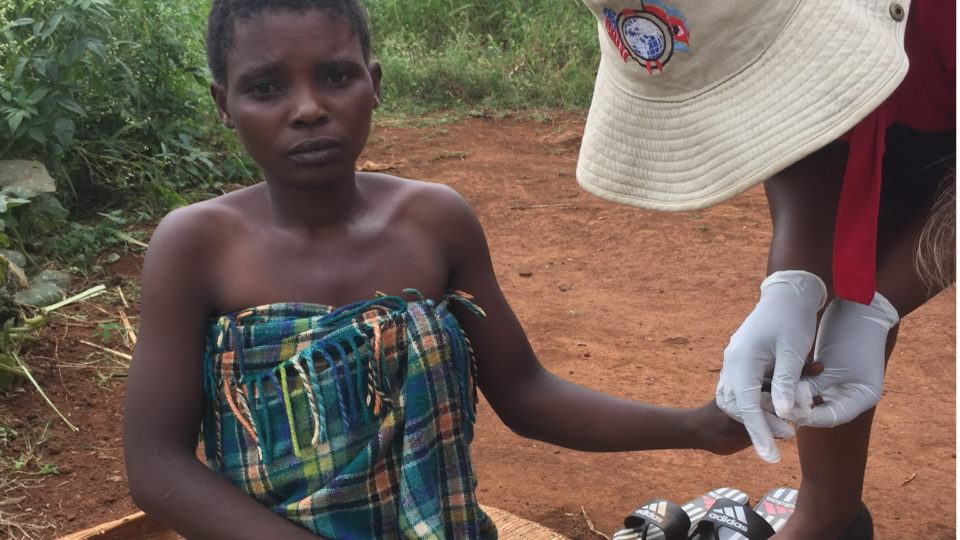 The Hartmann’s are two of our longest serving medical volunteers. Kathleen – a registered nurse – has been serving some of the most vulnerable people in Swaziland for over 17 years now, and her husband Dr. Al, for more than a decade. Together with the dedicated Home Based Care team, they have worked hard to meet the needs of those living on the periphery of care – perhaps even a bit further than that. And along the way they have met a lot of people.

In this piece, Kathleen shares a story of loss.

Vuyisile was only 35 years old. The mother of two daughters (16 and 9 years old), she was also helping care for a six-month old granddaughter. Together with her husband, they lived in a very remote and impoverished community, in a small hut made of mud and stick. They lived far from clean, safe water, had no proper sanitation, and healthcare facilities, and food was also a regular challenge. For all these reasons and more, Vuyisile and her family often suffered from poverty-related illnesses.

To make matters more challenging, Vuyisile’s was HIV positive. This compromised her immune system and made fighting infection and disease more difficult. That said, she was doing a good job managing her condition, diligent about taking her medication and taking care of herself. But then things changed and her condition started to worsen. We were called by the rural health motivator and our home-based care team went to visit. 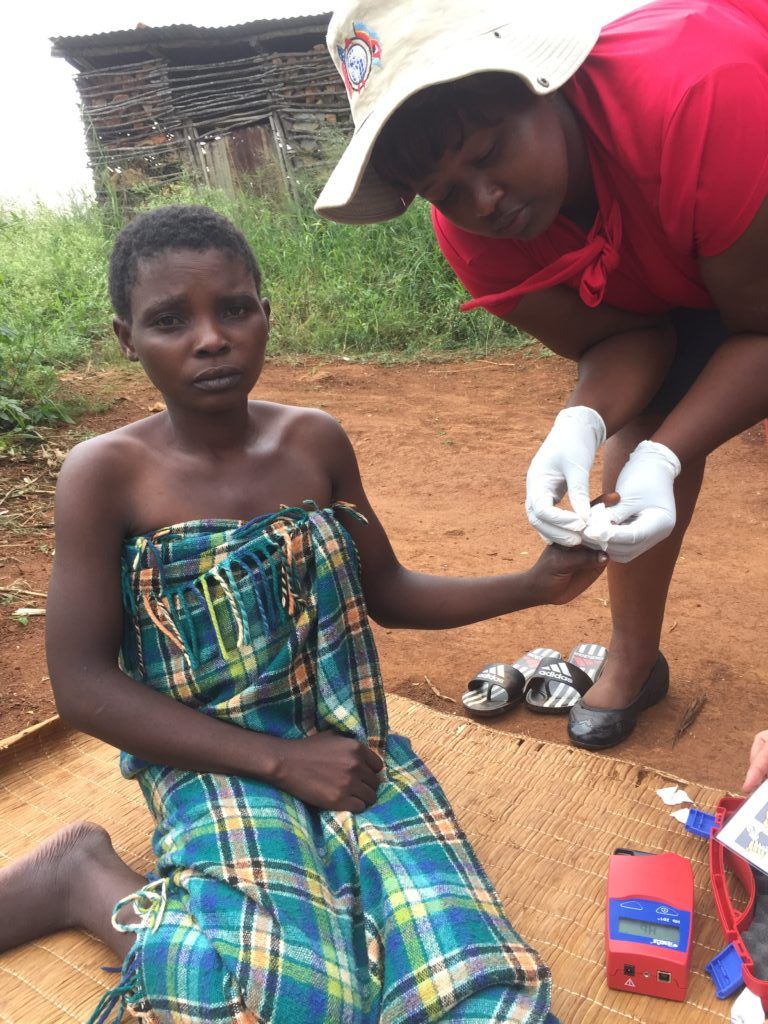 Vuyislie was thin, weak, and experiencing a lot of bleeding. She had traveled to the hospital for a cervical biopsy but, unfortunately, though not uncommon, her results were lost. Not ready to give up, she went in for another biopsy. But, several months past and her new results were still not available. Her symptoms pointed to cervical cancer.

The Swazi Government has a plan known as Phalala. The plan supports citizens who are ill but cannot be treated in Swaziland due to the lack of specialized care. They are sent to South Africa for advanced treatment. But, without a conclusive biopsy, oncology care centers would not accept her referral. The Home Based Care team were finally able to track down her results and  they showed that Vuyslie had advanced cervical cancer.

The months following, were not easy for Vuyislie. She bled heavily and underwent several transfusions. Our team spent a lot of time following her diagnosis and deteriorating condition. She was in a lot of pain, and we tried everything we could to alleviate it. We ensured her family had food and that Vuyislie had transportation to the hospital. Most importantly, we wanted to make sure Vuyislie felt supported. Not just medically, but also emotionally. 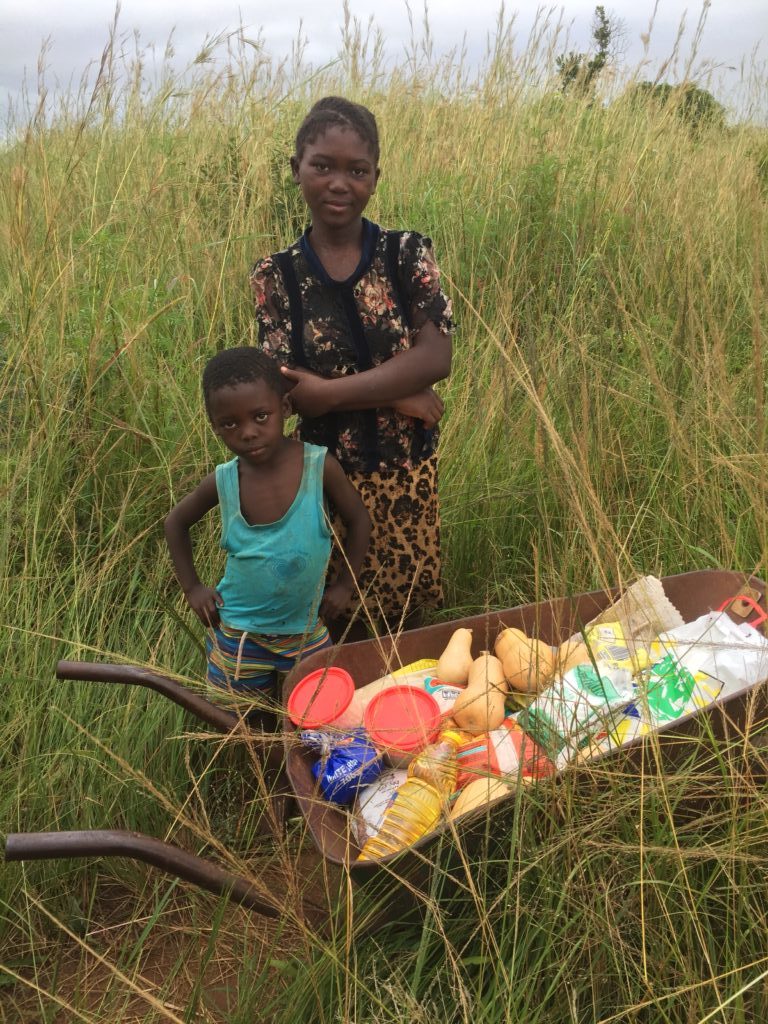 Vuyislie’s children with the food provided to their family.

Tragically, not long after Vuyislie received her biopsy results, Swaziland’s Phalala program was temporarily closed down due to unpaid debt.  The government is still trying to find a solution to this problem.

Vuyislie condition’s required urgent and consistent medical care from an oncologist. Without it, her chances of surviving plummeted. After learning about Phalala, we scrambled to find other options.

We were finally able to get Vuyislie an appointment to see an oncologist in a city a far distance from her home. The appointment was scheduled for a Thursday. But, it was not soon enough. The Wednesday before her appointment, Vuyislie was rushed to the Good Shepherd Mission Hospital. Despite efforts from the medical team, she died the next day.

Vuyislie’s story did not have the ending that we prayed for. Her tragic story pushes us to continue the work that we do –  so that the next Vuyislie we meet, receives the essential care she deserves. Everyone deserves the chance at a healthy life.

On International Volunteer Day: A Letter of Thanks to all our Volunteers
Read More
November 4, 2019

Healthier Lives, Together: Volunteer for Change
Read More
May 17, 2019