10 Years After the Earthquake: “We Mourn but We Must Help the Living”

This piece was written by Dr. Dianne Jean-Francois, CMMB Haiti county director in honor of the ten-year anniversary of the catastrophic 2010 earthquake. Dr. Jean-Francois reflects on her experience during and after the earthquake.

I was in my office speaking with staff at the CMMB Cap-Haitian office. While on the phone I heard a noise like the roar of a lion and suddenly my office started shaking and books started falling from the shelves. The tremors stopped for a brief moment and started again, this time with an even more frightening force. I screamed to staff, “Earthquake, everyone out of the office!” My daughter was with me at the office that day and I could see the fear on her face as I grabbed her by the hand ran out to the street.

We made it to the street unharmed. After surveying the damage at the Port-au-Prince headquarters, I was back on the phone immediately accounting for our staff and their families. Fortunately, no one in the office was hurt.

Within minutes, neighbors began showing up at our office hoping to get care for their injuries. I realized that the damage was severe, but I could never imagine the scope of this disaster would claim the lives of over 220,000 people in my country. 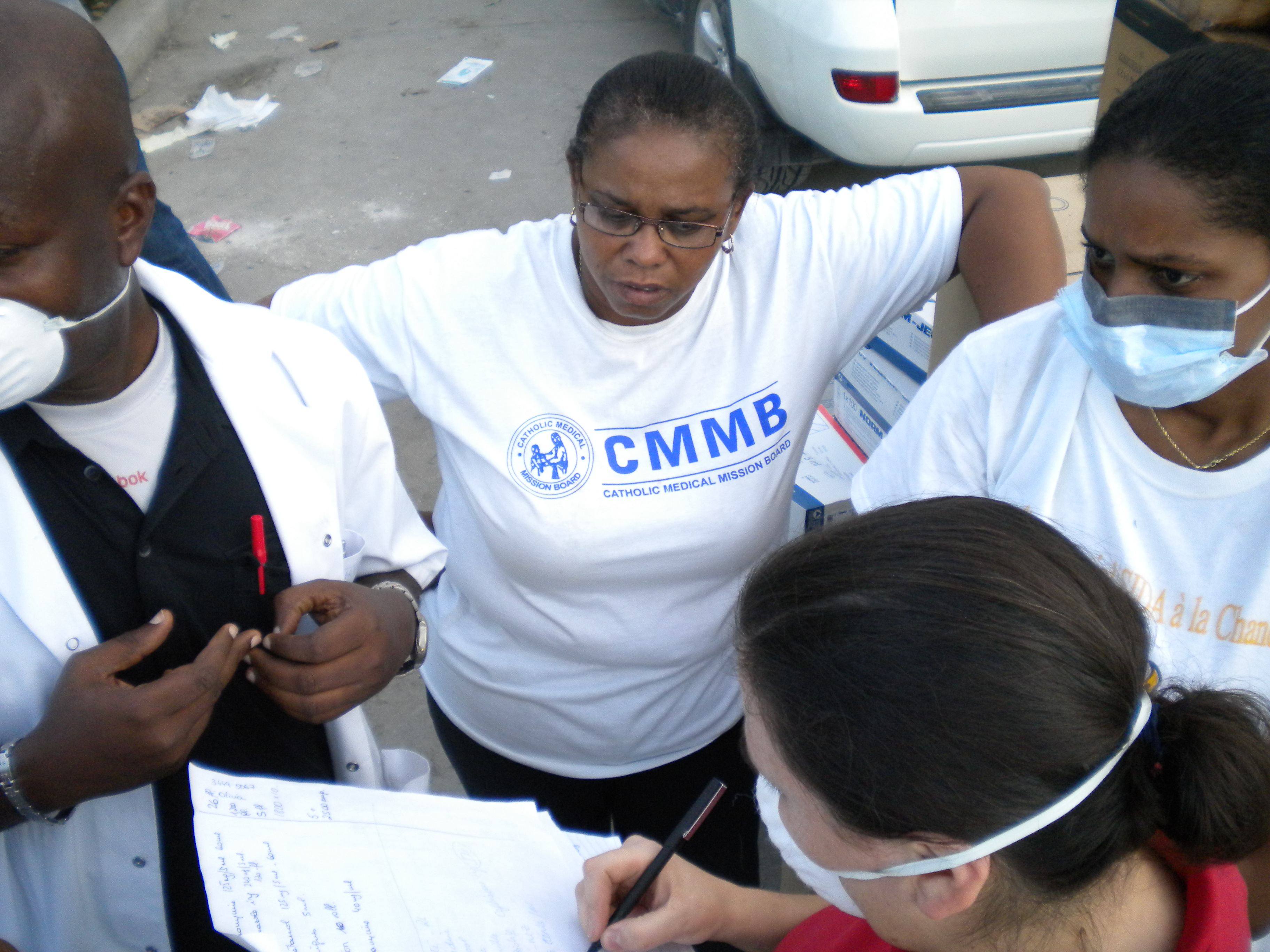 As we worked to care for the injured, my thoughts turned to my own family. I started to call my family members and that is when I found out that my grandparents’ house had collapsed and my uncle, who is my godfather, was under the rubble. I tried to stay positive and hoped and prayed that we would find him alive.

With my husband and my daughter, I drove that night through Port-au-Prince to reach my grandparents’ house. I saw thousands of people in the middle of the streets screaming and crying and covered with dust. It was like the movie, “Night of the Living Dead.”

After seeing my grandparents’ house, I knew that there was no hope of finding my uncle alive. As the sun rose, we dug and found his body in the rubble. We buried him that same day. A local priest was able to spend a few minutes with us and blessed my uncle as we buried him.

We Must Be Strong for the Living

I didn’t know how to feel. While all this was going on, I was asking myself to what direction do I turn? I came to this conclusion: Our dead are dead, we will have to bury them; but we are trained and there is much we can do for the living. And it is there that I found all the strength and courage to say that we must live our sorrows and at the same time go further and stand up for those who still need it.

“And it is there that I found all the strength and courage to say that we must live our sorrows and at the same time go further and stand up for those who still need it.” – Dr. Dianne Jean-Francois

Together with our staff and members of Catholic Relief Services, we packaged all of the medicines we had available at the CMMB office and took them to L’Hôpital La Paix, a public hospital. CMMB was the first to arrive and support the hospital after the earthquake, providing critical support until shipments and  international support could arrive.

Haiti still suffers the damage of this disaster. Poor infrastructure, lack of access to clean water and fuel shortages affect Haitians every day. And as is typical, it is the poorest of the poor that are most affected.

A Beacon of Hope in Côtes-de-Fer

Yet, in the years since the devastation, a beacon of light shines bright in Côtes-de-Fer as CMMB partnered with Mercy Health to build the Bishop Joseph M. Sullivan Center for Health. It is the only hospital in the isolated, impoverished community of Côtes-de-Fer, and serves a population that previously had to travel for hours over rough terrain to reach the closest health center. 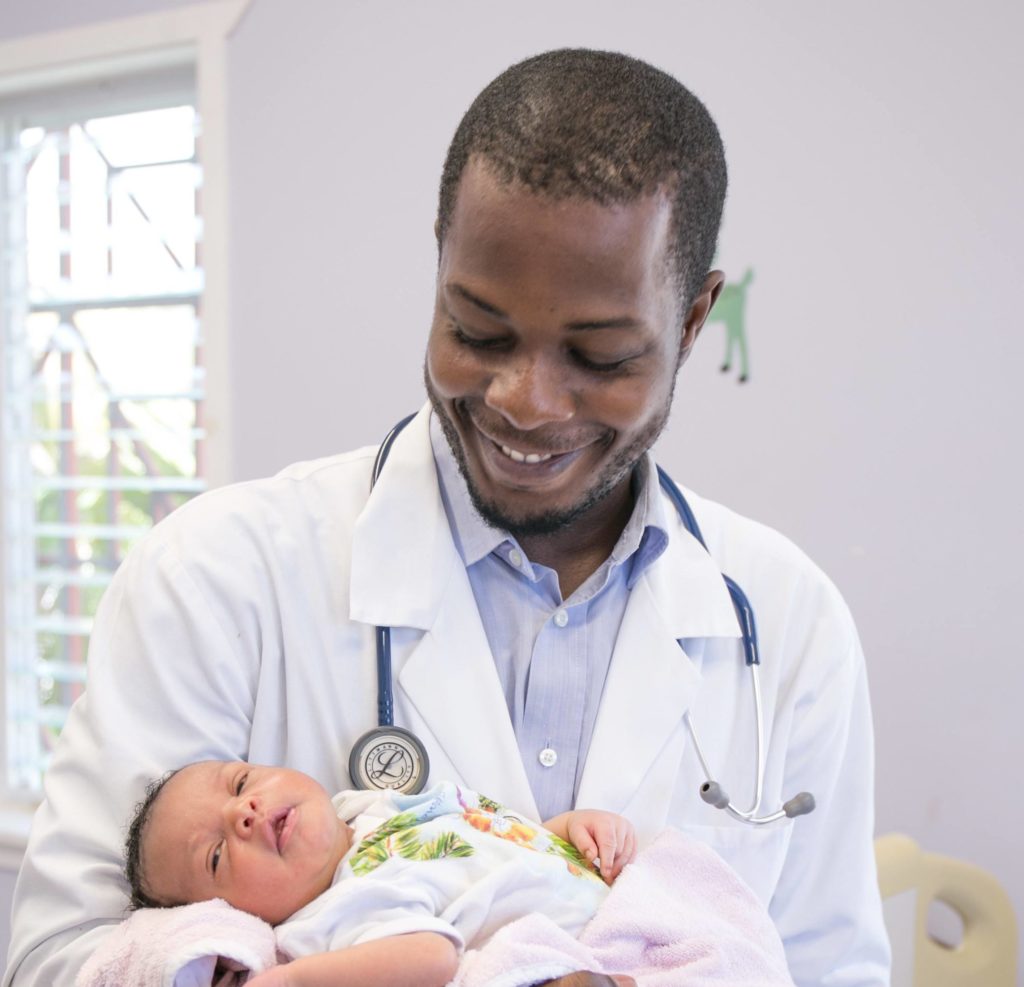 Dr. Lamour with a baby delivered at BJSH

The hospital serves over 50,000 in the surrounding communities. Women who once delivered their babies on the floors of one room homes now can give birth in the safety of a clean maternity ward, surrounded by skilled healthcare professionals.

There is much work to be done here. We are a poor country and we know that women and children are disproportionately affected by poverty. But this hospital is an example of what we can accomplish, and it provides hope to us all that together, we can make progress and provide a level of care that every person deserves.

Support Our Work in Haiti