For women between the ages of 15 and 44, HIV/AIDS is a leading cause of death worldwide. Increased access to antiretroviral therapy and to services to prevent mother-to-child transmission of HIV can dramatically drive down the rate of new infections and virtually eliminate them in babies and children. CMMB’s prevention activities are committed to achieving an AIDS-free generation.

CMMB’s ongoing CDC-funded ALESIDA (“AIDS, Go Away!”) and its predecessor, SIDALE (“Go Away, AIDS!”), worked with an expanding network of faith-based health facilities to reduce HIV/AIDS morbidity and mortality.  Strengthening clinical capacity, counseling to help patients understand how to live with HIV, and following up on dropouts were integral to this work. Intensive focus and constant innovation helped CMMB keep patients in therapy. Healthcare technology enabled CMMB to track down and re-engage patients who missed appointments or gave up on HIV treatment. 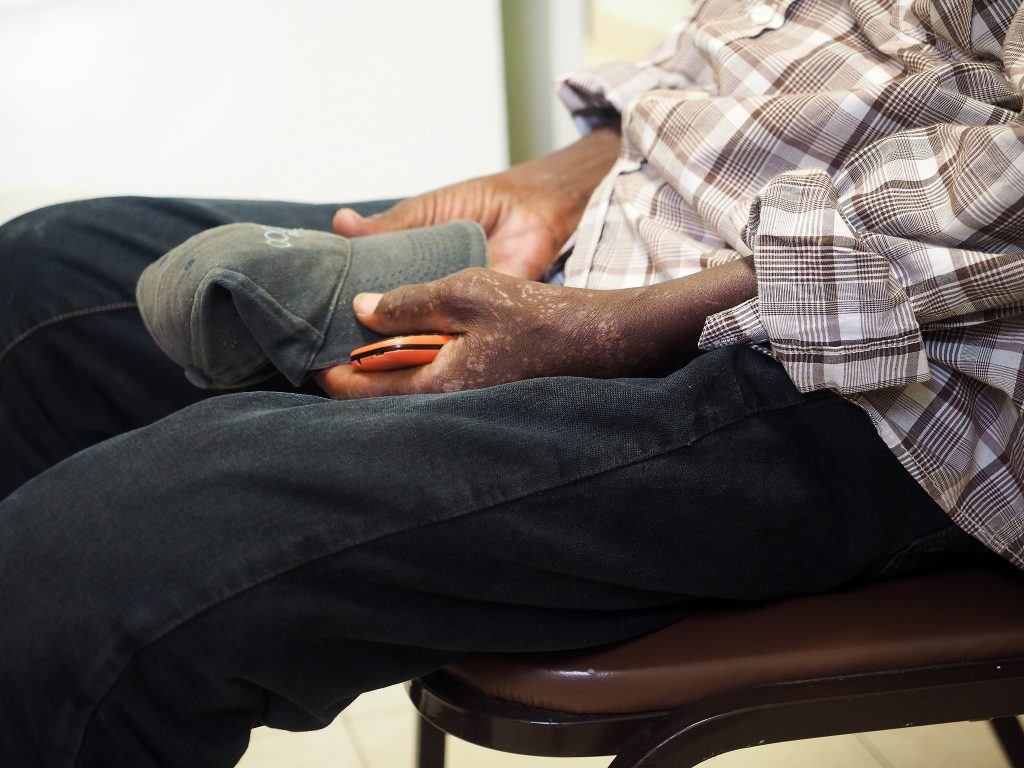 The staff at Hôpital Christ Pour Tous made me see that if I took my medication, I could still have a life worth living. Reminders on my mobile phone help me remember how and when to take medication.  I’m starting to believe in life again.

We have reached tens of thousands men and boys with voluntary medical male circumcision service to reduce their risk for HIV/AIDS infection.

Studies have demonstrated the power of voluntary medical male circumcision to protect against HIV transmission.  Combined with HIV testing and counseling about transmission, male circumcision is part of the CMMB HIV prevention services package, offered at local  HIV treatment centers and health facilities in Kenya. 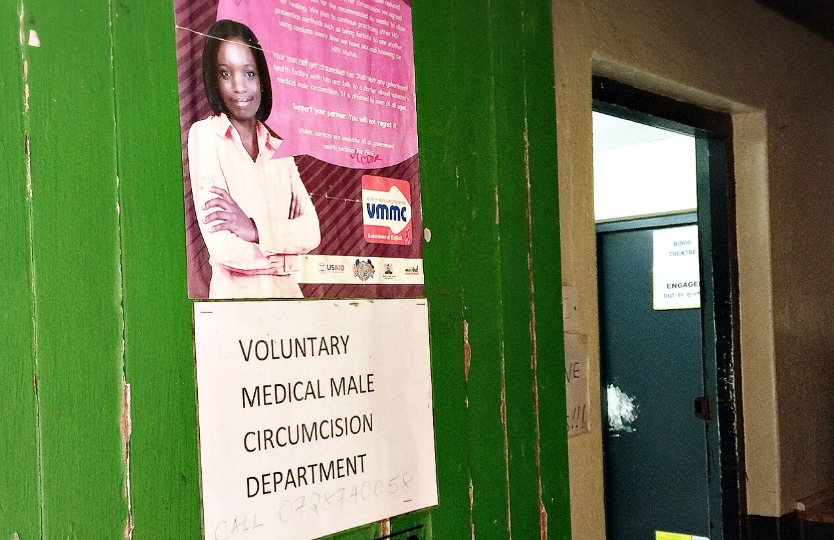 I am 18 years old. It is my responsibility as a man to do this. I’m a little scared, but that’s okay. If a friend were thinking about voluntary medical male circumcision, I would tell him all the benefits I have learned. I feel proud to help fight AIDS.

Since 2009, when CMMB began providing services in South Sudan, thousands of individuals have been tested and counseled for HIV.

Focused on preventing mother-to-child transmission, CMMB makes HIV testing a routine part of antenatal care. We are proud that 100 percent of pregnant women who received antenatal care through CMMB programs learned their HIV status.  Empowered with information, these women could effectively plan for pregnancy, and those who tested positive could ensure that their children were born without infection. 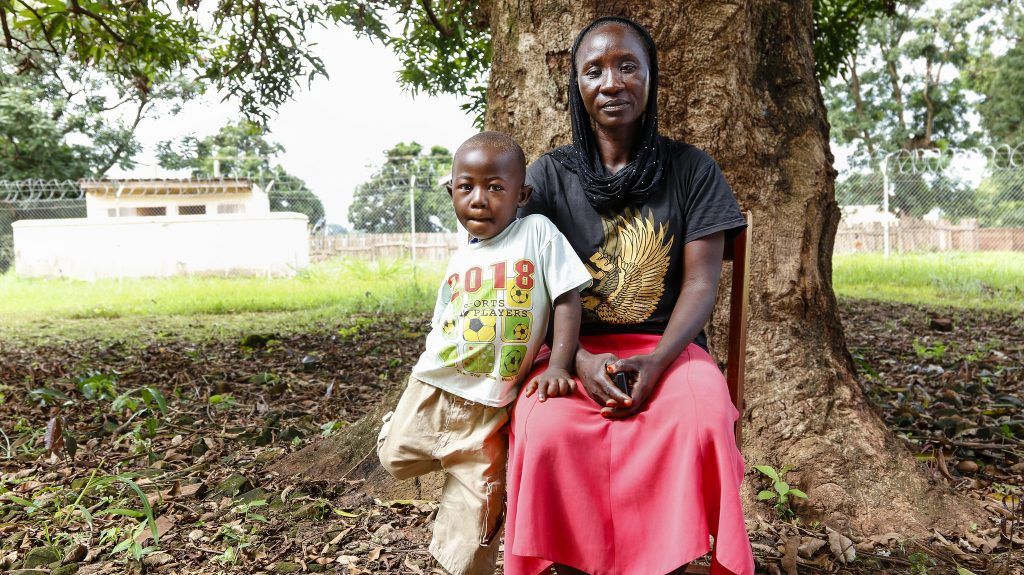 Margery is HIV-positive and participates in HIV treatments with CMMB’s PMTCT program in South Sudan.

I was feeling healthy when I went to CMMB for a check-up, and I had the courage to be tested for HIV. When I found out I was positive, the counselors said I could start HIV treatment right away. I have delivered two children, both HIV negative. CMMB has shared the gift of life with this community.  Without information, medicine, and care, most of us would die. That’s why I say CMMB’s HIV Treatment has given us another chance at life.

Thousands of adolescent girls have registered for HIV services through DREAMS.

The Determined, Resilient, Empowered, AIDS-Free, Mentored, and Safe initiative—better known as DREAMS—is supported by the United States President’s Emergency Plan for AIDS Relief (PEPFAR), the Bill & Melinda Gates Foundation and Girl Effect, among other partners. DREAMS works to reduce HIV infection among adolescent girls and young women by helping them overcome the challenges of their lives and stay in school. 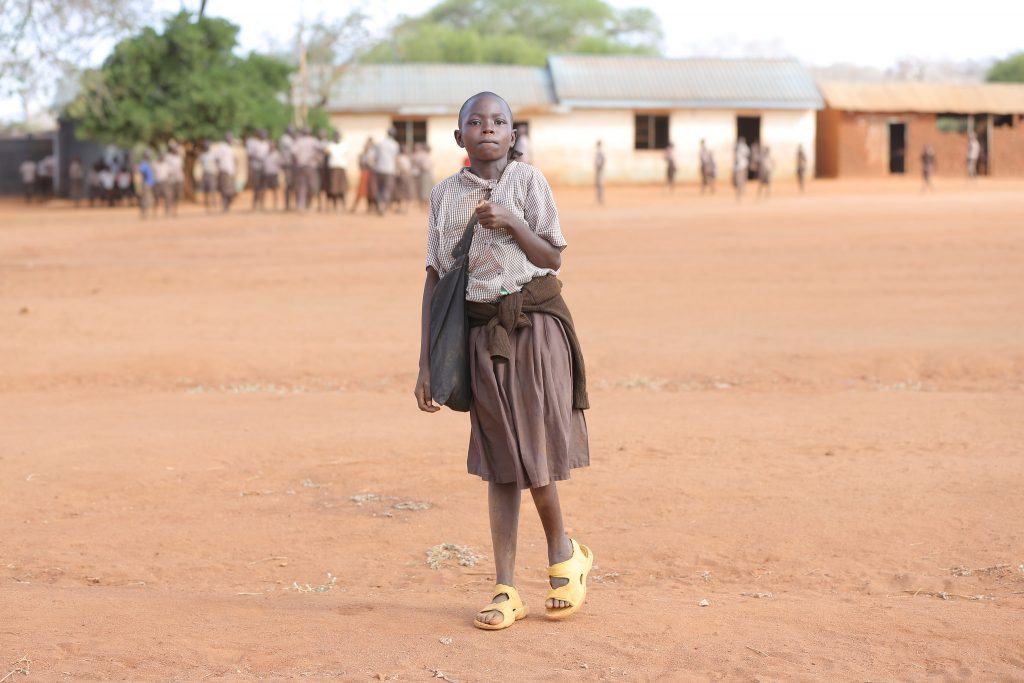 DREAMS is working to keep girls like Grace in school.

Young women are generally a vulnerable community, and they are especially vulnerable when it comes to contracting HIV. Almost double the number of adolescent girls will contract HIV in contrast to their male peers. DREAMS encourages girls to stay in school, makes the creation of safe spaces for them a priority, and supports family strengthening.

In fiscal year 2019, 651,925 individuals were reached by HIV programming worldwide.

Although new infections have been dropping since 2000, and millions of people are now receiving HIV treatments like antiretroviral therapy, HIV remains a significant threat to global public health, with millions of new infections each year.

Zambia: Preventing HIV in At-Risk Girls and Young Women
Eliminating Malaria in Kenya
CMMB is enhancing malaria preparedness and coverage by providing high-quality preventive and curative services in the highlands of western Kenya.
Preventing HIV in At-Risk Adolescent Girls and Young Women in Kenya
CMMB provided mentorship, coaching, and life skills instruction to this vulnerable group as part of the DREAMS initiative to reduce HIV incidence among young women across sub-Saharan Africa.
Preventing HIV Infections in Zambia
Supporting Zambia's HIV response, CMMB educated communities on prevention and trained project partners to implement our proven Men Taking Action™ protocol.
Zambia: Preventing HIV by Prioritizing Gender Equality
To prevent HIV in groups at high risk for becoming infected or infecting others, CMMB has tailored interventions in response to factors driving the epidemic in each group.
Preventing HIV in Zambia
“COMPACTS,” a CDC-supported initiative targeting vulnerable and hard-to-reach communities in Zambia's Kaoma District, Western Province, reached and exceeded targets thanks to a program designed to promote local buy-in.
Primary Healthcare for the Poor in South Sudan
CMMB South Sudan was tasked with standardizing, functionalizing, equipping, and staffing health facilities to provide the minimum package of high-quality primary healthcare services.
Reducing HIV Infections in South Sudan
CMMB is implementing ANISA, a five-year, $6.35 million HIV prevention and care project in Yambio to reduce the incidence of new infections and improve care to persons living with HIV.
Along the Road Toward an HIV-Free Kenya
This project laid the groundwork for high-quality HIV care and treatment, managed locally, with low loss-to-follow-up and low mortality rate among clients.
Toward Eliminating HIV in Haiti
CMMB Haiti is leading ALESIDA, a CDC-funded, HIV/AIDS care and treatment program in thirteen partner hospitals in Haiti.
Preventing and Treating HIV at Faith-Based Health Facilities in Kenya
CMMB helped raise the quality of HIV prevention, care, and treatment services at faith-based health facilities during this CDC-funded project.
Persuading Men to Take Responsibility for Their Families’ Health Across Zambia
After seeing how lack of male involvement in health affected HIV prevention efforts, CMMB Zambia effectively promoted novel messaging and protocols in its Men Taking Action™ project.
Voluntary Medical Male Circumcision to Prevent HIV in Kenya
Unique, cost-effective voluntary medical male circumcision (VMMC) model is a part of CMMB's HIV prevention package.
Coming to the Aid of Refugees in South Sudan
Conflict in countries bordering South Sudan, spilling over into Western Equatoria State, spurs internal conflict. As a result, refugees and internally displaced persons have made their homes in Ezo by the tens of thousands.
This site uses cookies to offer you a better browsing experience. Read our privacy policy.
ACCEPT